A few kilometres from Cuxhaven, the well-known tourist spot of the North Sea, the Nordholz Naval Airbase (Fliegerhorst Nordholz) is located. And next to the main entrance to the base, one of the most interesting aviation museums in Europe can be found – Deutsches Luftschiff- und Marinefliegermuseum Nordholz, commonly known as ´Aeronauticum´.

The official German Airship and Naval Aviation Museum (as the name can be translated into English) opened it gates for visitors in 1997, however the history of naval aviation exhibition in Nordholz dates back to late 1960s.

When, in 1967, the Marinefliegergeschwader 3, one of the naval squadrons stationing in Nordholz, was named ´Graf Zeppelin´ after Ferdinand von Zeppelin – a German general, aviation pioneer, designer and inventor of airships and founder of Luftschiffbau Zeppelin company – it launched a great interest in collecting the memorabilia related to airships and rich history of Nordholz airbase, although that time without a permanent location for such exhibition.

The change started in 1987, when the municipality of Nordholz founded an association named ´Förderverein Marine-Luftschiff-Museum Nordholz im Landkreis Cuxhaven eV´ focused, inter alia, on collecting the documents and relicts from the era of airship, especially those related to Nordholz base. German military authorities joined the initiative and in 1990 offered the association a 1,500 m² plot, just next to the airbase entrance. 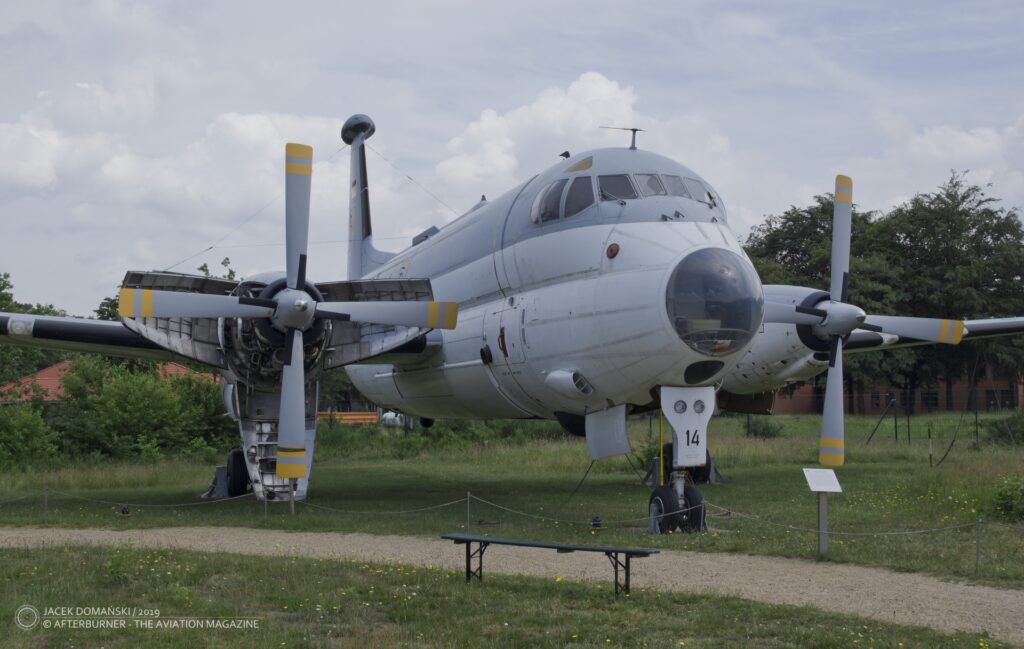 At this moment, a quick journey back to the early years of the 20th century is necessary, to explain the reason why Nordholz holds a special place in German aviation history, and naval aviation in particular.

A small village of Nordholz, Lower Saxony, is one of the oldest aviation locations in Germany and Europe. The very first aviation activity in the area called Wursterheide was reported yet in 1912 and shortly thereafter this location attracted the attention of German military authorities. Protected from offshore bombardment by the shallow waters, but still located close to the coast, the Wursterheide meadows seemed to be a perfect location for a newly born naval aviation.

In 1914, a huge, 800-hectare airbase was built in Nordholz, with the investment of more than 18 million Mark. The first airship – LZ 24 / L 3 – arrived there in September that year and soon Nordholz became the primary base for the Imperial German Navy dirigibles.

The naval aviation base at Wursterheide was both modern and sophisticated facility, with six airship hangars, maintenance workshops, storages and a gasworks. Among its hangars, the one initially called ´Herta´ and then ´Nobel´ deserves particular attention. It was a remarkable construction, standing on the rails and with the possibility to rotate the entire building 360⁰ within one hour. It was one of only two fully rotating hangars in the world, but the sole double-hall one, allowing to provide a shelter for two dirigibles at the same time.

During the Great War years, the air base was heavily used for the naval aviation purposes. It was also the target for, not very successful, attack performed by the Royal Navy aircraft on 25th December 1914 (lately named ´the Christmas attack´). 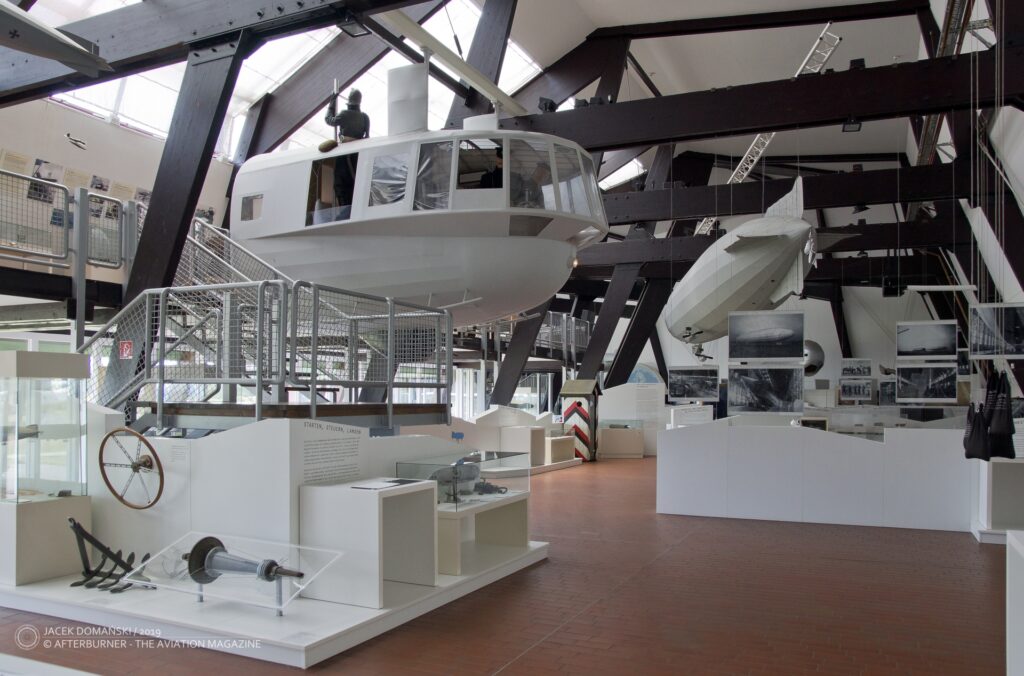 There were six Zeppelin-manufactured airships still active in Nordholz at the end of the war. They were destroyed there by their own crews on 23rd June 1919, to prevent the dirigibles to be captured by the Allies. Pursuant to the Treaty of Versailles provisions, the Nordholz airbase had to be devastated and most of its installations and buildings were destroyed until 1921. The unique rotating hangar followed the same fate and was blown up in 1924.

Aviation operations returned to Nordholz in 1938 when, during the rearmament of Germany, the Luftwaffe airbase was established there. Soon, during the World War II, it became one of the most important military airfields at the North Sea. Fliegerhorst Nordholz was a home for many Luftwaffe units, including the day- and night-fighter squadrons, and also – at the final months of the war – one of the places where Me 163B ´Komet´ rocket-powered fighters were located.

After the war, the history repeated itself – the base was initially taken over by the USAAF, but then transferred to the Royal Air Force in 1947. Apart from the limited operational use of Nordholz, the RAF was assigned the task of dismantling the air base equipment and destroying its three concrete runways.

However, after approximately ten years gap, the aviation returned to Nordholz again. With the birth of modern German Naval Aviation in 1956, it was decided to hand back the former airfield to Marineflieger. The construction of modern naval air base started in 1959 and the first runway was opened there in 1963. Initially, Nordholz was hosting a detachment from Marinefliegergeschwader 2, but in 1965 the base was handed over to Marinefliegergeschwader 3, that soon was named ´Graf Zeppelin´.

Today, only a few remnants are present in the area, recalling the era of the Imperial German Navy dirigible airbase – a few of them may be found in the area of open-air exhibition and there are some more of preserved items exhibited in the museum building. 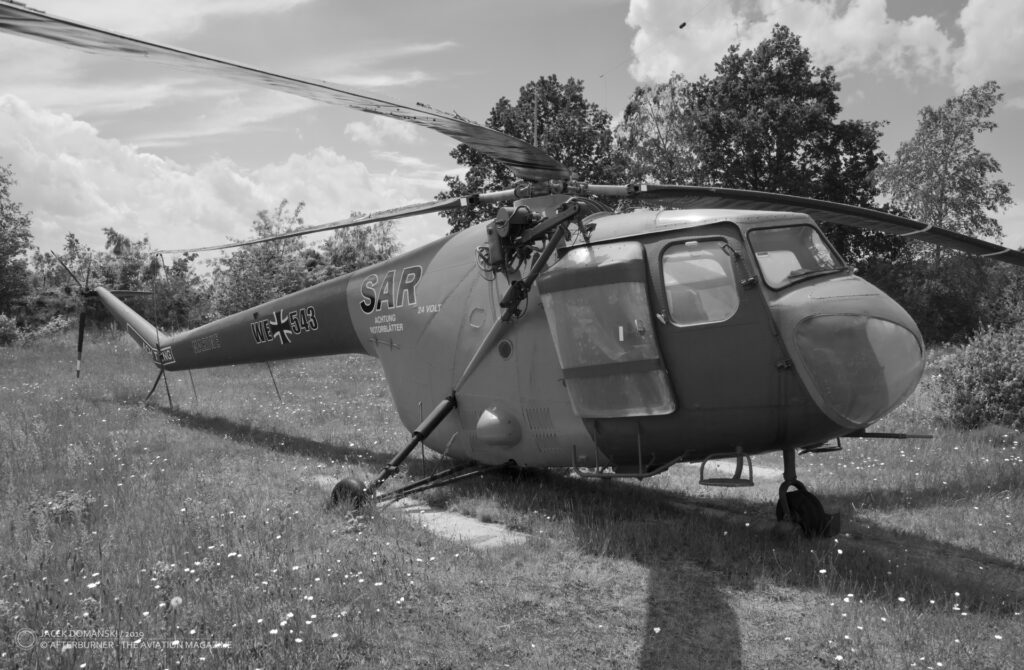 And returning to the museum, its first building opened for visitors in 1991. It was an adopted vacant property by the base entrance and the exhibition was divided in four areas: dirigible design and construction, naval airship operations, airship base infrastructure and passenger flights. Initially, the museum operated under the name Marine-Luftschiff-Museum Nordholz (Naval Airship Museum Nordholz).

Opening the museum turned out to be a great success, its exhibition was still growing and soon it became clear that the current building cannot accommodate the entire collection. In 1994 the exhibition hall of 750m2 area was moved to Nordholz from Deutsche Schifffahrtsmuseum in Bremerhaven. Some of the construction elements were too big for road transport and therefore were transported using the external sling of CH-53 heavy-lift helicopter.

After a few years of development and arrangement of the new exposition, the museum officially re-opened on 6th May 1997, under the name of Deutsches Luftschiff- und Marinefliegermuseum Nordholz – Aeronauticum.

Nowadays, the museum occupies approximately 36,000m2 of the open-air exhibition and two already mentioned halls. The outdoor exhibition includes 18 aircraft – all historical types operated by the Marineflieger (West German Naval Aviation) from the day of its birth, and additionally a few other aircraft initially operated by the Volksmarine (East German Navy) and taken over by the Bundeswehr after reunification of Germany. 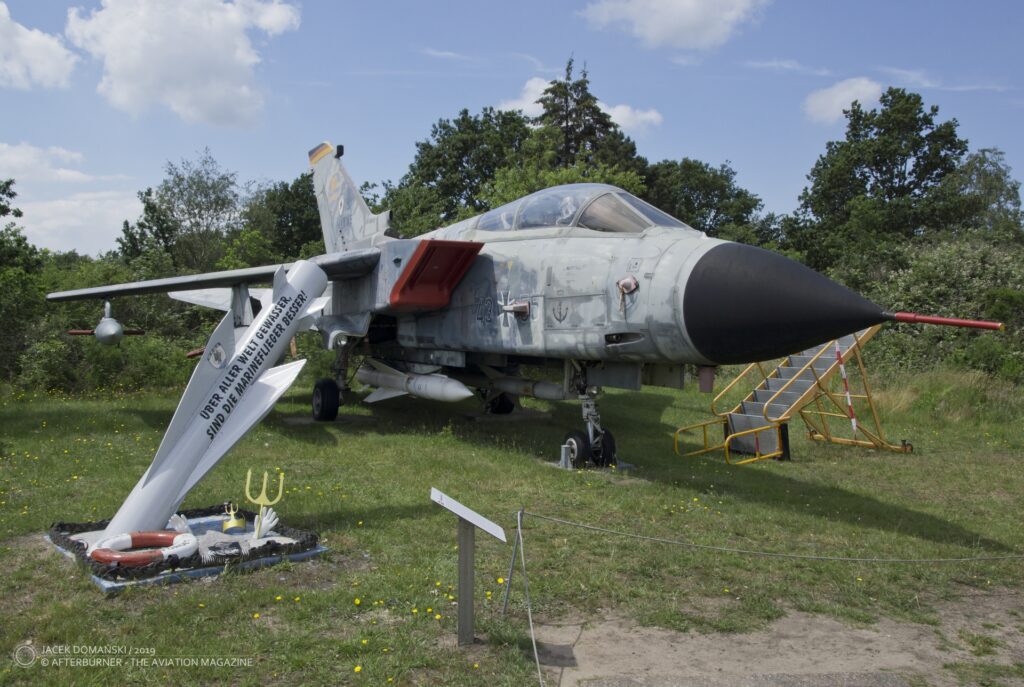 Volksmarine aircraft are represented by Mil Mi-8TB and Mi-8PS helicopters, together with Sukhoi Su-22M-4K. Moreover, the open-air exhibition includes also another very interesting aeroplane – VFW-Fokker 614, twin engine jetliner developed in Germany during 1970s. This aircraft, with serial number G18, is carrying D-AXDB civil registration, but previously was operated by Luftwaffe as 17+02.

Most of those aircraft are in good condition, despite being stored outside. Although, an impact of the harsh coastal climate could be noticed on some of them, with Su-22 or Sycamore being an example. Obviously, a perfect conditions for historical aircraft is to keep them stored under the roof, but such ideal conditions very rarely happens.

Nevertheless, it can be clearly noted, that this museum is taking care of collected aircraft. Percival Pembroke was recently restored and also Mi-8, taken over from one smaller aviation collection, looks measurably better compared to its previous condition.

The visitors to Aeronauticum can also see two other aircraft nearby, however located outside the museum grounds – another Breguet Br. 1150 Atlantic, with attractive tail marking, is guarding the gate of Nordholz airbase and there is also Sikorsky H-34G Choctaw close to its main entrance. The latter is already located inside the base area, but easily seen from the museum (however, an opportunity for taking a good picture from the museum area is when there are no leaves on the trees).

The indoor exhibition in the museum leads us through the incredible history of airships, from their rise to decay, with the particular focus given to German naval dirigibles and their base in Nordholz. Inside the halls, several interesting, if not amazing, artefacts could be seen – original parts from the naval airships, flags, equipment and smallware.

Several display cases show the visitors how the Nordholz airbase looked more than hundred years ago and scale models explain the details from dirigible operations. Without any doubts, this is an amazing exhibition, offering an awesome quantity of knowledge for anyone who wants to learn more about the airship development and history. 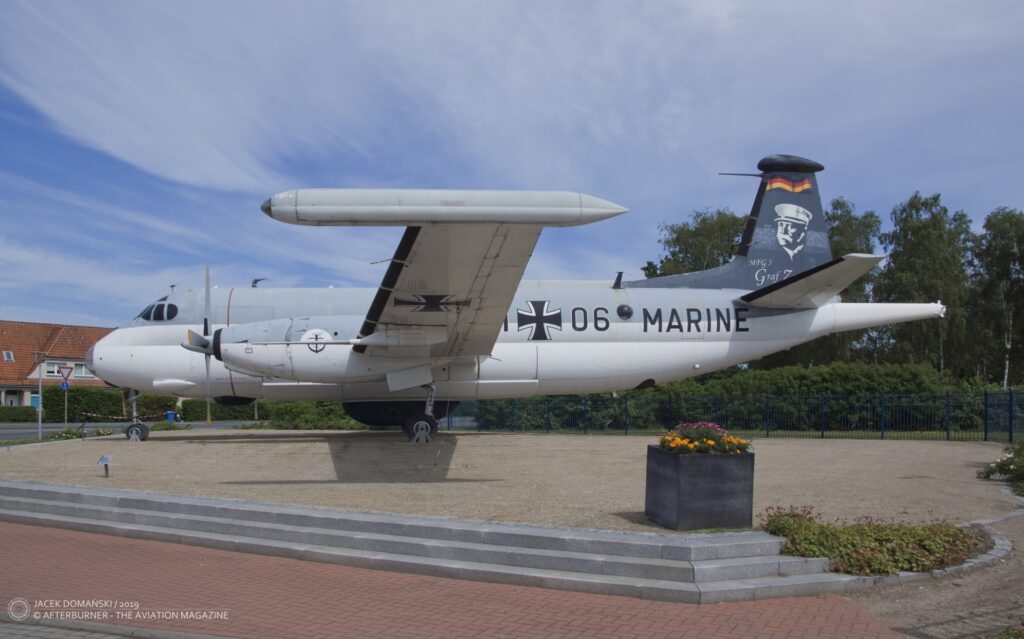 Additionally, many items related to the modern naval aviation can be also found on display in Aeronauticum – lifeboats and rescue equipment, Nordholz airbase related memorabilia and many other. Outside the museum building, among the abovementioned aircraft, a Faun FlKfz 8000 fire truck is displayed and Unterwasserausstiegstrainer UWAT (aeroplane diving trainer) are exhibited. The aviation archaeology is represented by a few historical engines.

One of the exhibition highlights is flight simulator of Breguet Br. 1150 Atlantic. This Flight and Tactic trainer includes the entire cockpit and operation room section of the former German Maritime Patrol Aircraft. On Tuesdays, the visitors to the museum can also participate in the operational ´flight´ with the simulator, subject to additional conditions.

And, last but not least, the Arado Ar 196 must be mentioned. This aircraft, owned and currently being restored by Förderverein Arado 196 e.V., is available to visit each Wednesday, through the guided walks organized together by the museum and association – due to its location, inside the airbase area.

The Aeronauticum museum offers also several additional activities, as guided walks, ´open aircraft´ events, night illumination of outdoor exhibits, weddings in the VFW-614, seasonal exhibitions and other. There is also a small museum shop with aviation gifts, patches and books, café and a playground for children.

Deutsches Luftschiff- und Marinefliegermuseum Nordholz is located directly at L135 road (on the other side of the airfield than Nordholz/Cuxhaven Airport) and there is a free parking available. The Aeronauticum is also within a walking distance, approximately 10 minutes, from Nordholz train station.