Holding an air show without any spectators may seem like a crazy idea, but nowadays it became a fact of life. We never would have though that we would write a report from such event, and on top of that, it would be the highlight of the start of the air show season. And, most probably, the only air show in May.

It goes without saying that the situation we are actually in, is exceptional. All public events were cancelled due to the protective measures against the coronavirus, and this also included the celebrations of the 75th jubilee anniversary of the Victory Day in Europe. 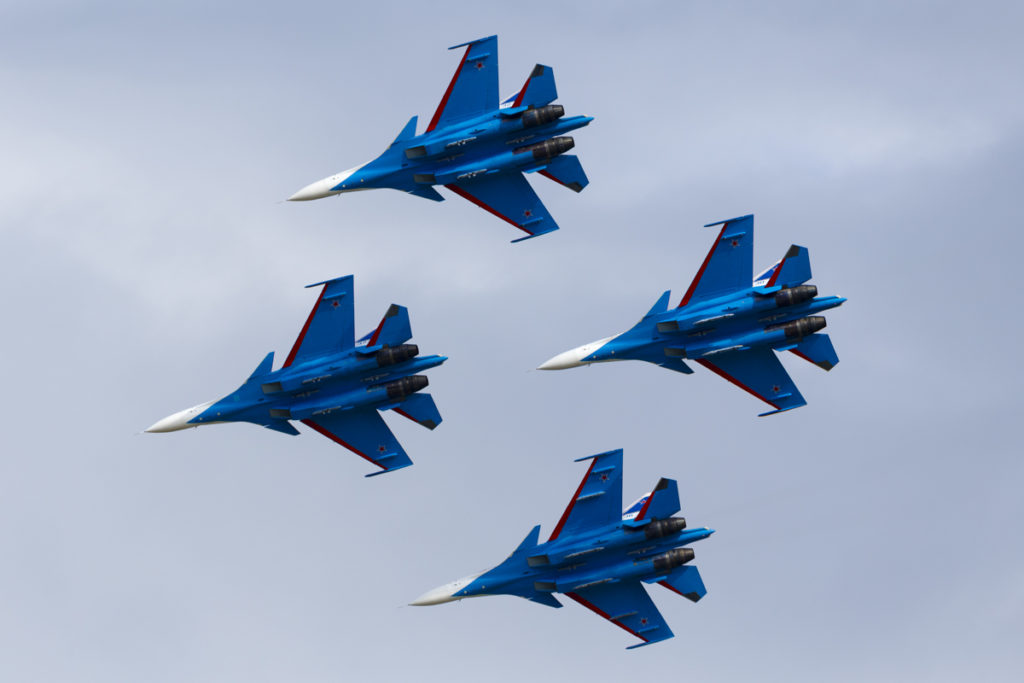 In Russia, the annual Victory Day Parade was cancelled, and the celebrations were limited to aviation flypast over several cities and the evening salute and fireworks show. However, to bolster the morale of the nation in the time of pandemic and to celebrate the victory in the dignified manner, the Russian authorities decided to organize an air show at Kubinka air base. The show, obviously held without the spectators on the location, was then live broadcasted by main Russian media.

This unique event was scheduled in the afternoon of 9th May and lasted approximately one hour and a half. The displays were performed by Russian military aerobatic teams: Соколы России (Falcons of Russia), Стрижи (the Swifts), Русские Витязи (Russian Knights) and Беркуты (Golden Eagles).

The Falcons of Russia opened this unusual air show. The group, established in 2006 at Lipetsk Air Base, is flying the display with elements of low-altitude air combat. Members of the group are chosen from the active military personnel of the 4th Centre for Combat Employment and Retraining of Personnel in Lipetsk and, during the air shows, they are flying with regular operational aircraft from the base inventory. 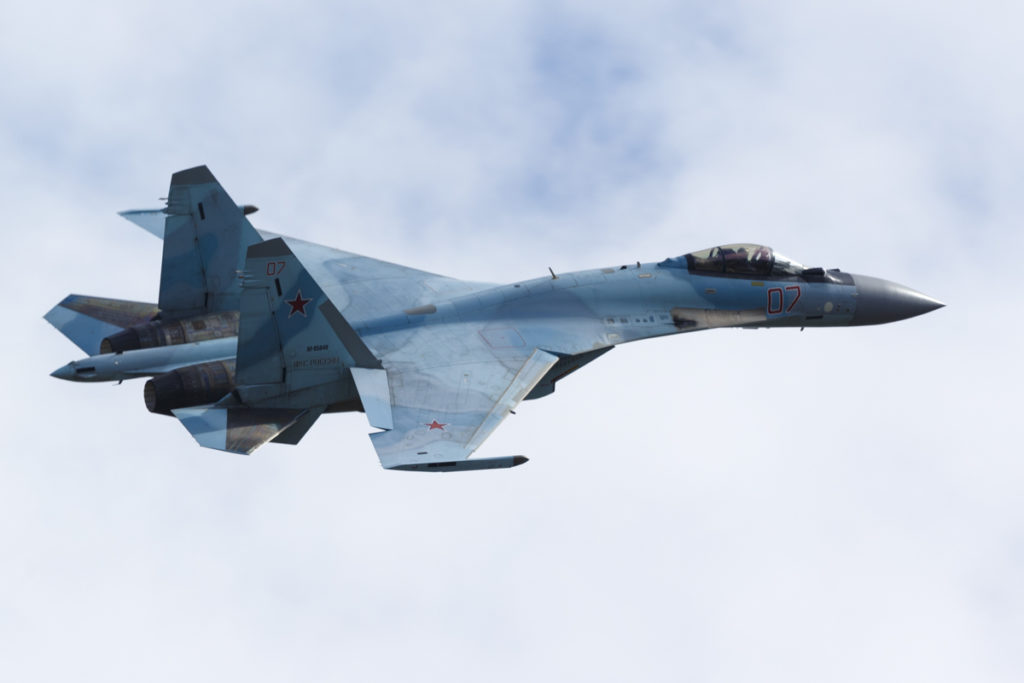 The programme presented by the Falcons of Russia at Kubinka was limited to the solo display of Su-35S jet fighter, flown by Col. Aleksandr Gostev, the leader of the group. Although it was just a solo display, instead of the usual formation of four aeroplanes, it undoubtedly was a stunning show.

Shortly after the Su-35S concluded its display and headed home, a formation of six helicopters appeared over the Kubinka base runway, introducing one of the most unique aerobatic shows in the world. 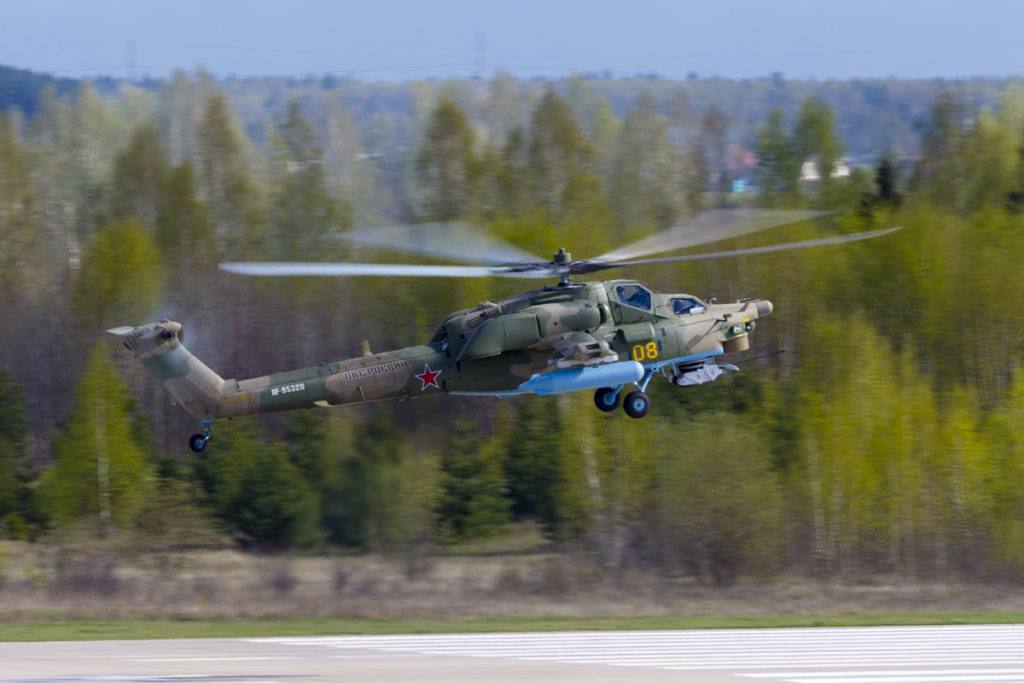 Mi-28N of the Berkuts aerobatic team

Currently, there are just a few active helicopter aerobatic groups in the world, and only two in Europe – Patrulla ASPA in Spain and Berkuts (Беркуты) in Russia. However, while the Spanish team is flying with rather small Eurocopter EC-120 Colibrí rotorcraft, the Berkuts are performing with Mil Mi-28 combat helicopters.

The roots of this team can be traced back in 1989, but their first public display was performed in 1992. The Berkuts are based at 344th helicopter training centre in Torzhok and started their public performances with three, and later six, Mi-24 combat helicopters.  Currently the helicopter aerobatic team of the Russian Aerospace Forces is flying with Mi-28N and Ka-52 helicopters.

In Kubinka, during the 75th anniversary of V-Day, the Berkuts for the first time flown their display with the group of six Mi-28N helicopters, instead of usual formation of four. 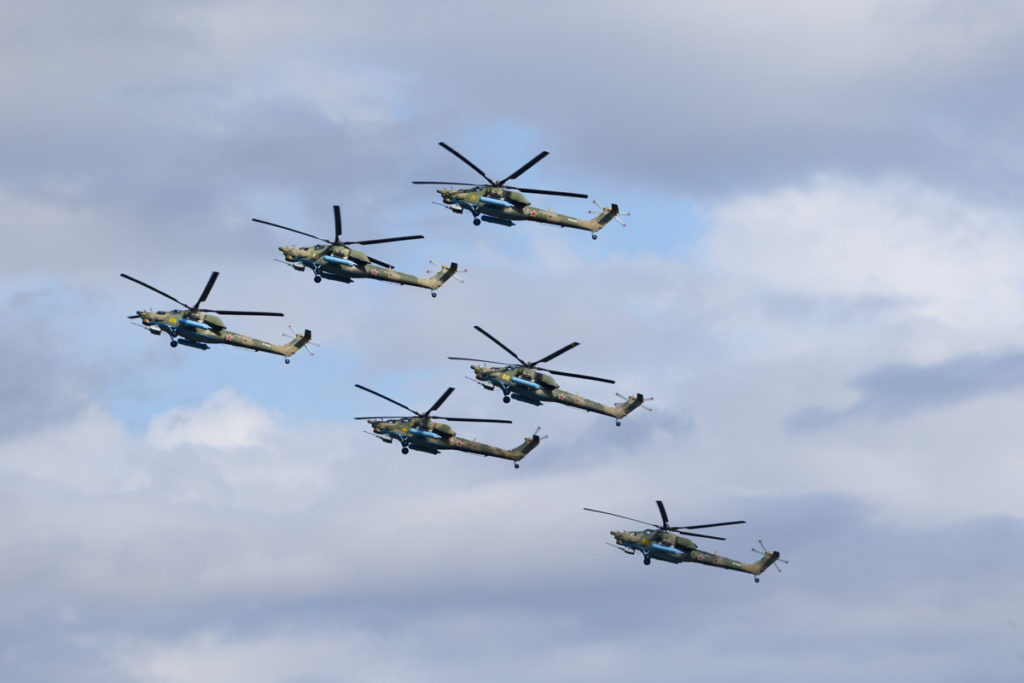 Another participant of Kubinka air show just celebrated the 29th birthday – the Swifts aerobatic team was formed on 6th May 1991, at Kubinka air base. The team is flying a group aerobatic display with MiG-29 jet fighters and yesterday the Swifts performed their show with a six-aeroplane formation.

Russian Knights are probably the most-known and most-admired aerobatic team from Russia. And obviously, they could not be missed at the Victory Day airshow. The team is the peer of Swifts, although was established a month earlier, initially flying with Su-27P and Su-27UB jet fighters. In 2016, the Russian Knights switched to the modernized Su-30SM aircraft and in December 2019 the team received the first batch of the latest Russian fighter jet, Su-35S. 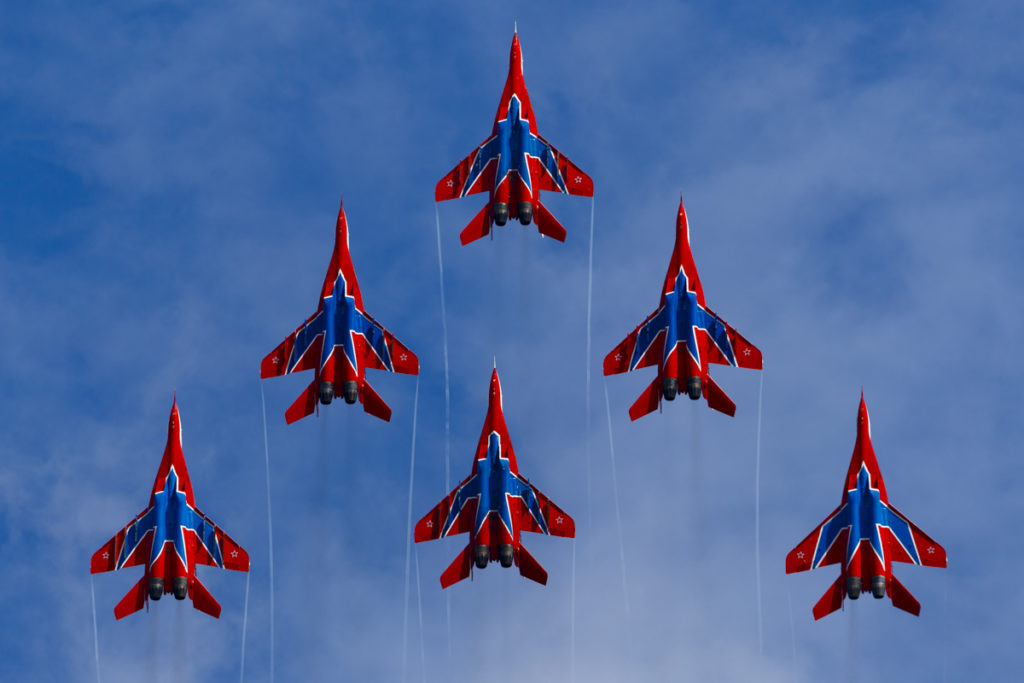 The group of six aeroplanes from the Russian Knights team performed in Kubinka their usual display in formations of six, four and then two fighters.

The 75th Victory Day anniversary show was concluded by a formation of six Su-25 attack aircraft. They performed a flypast over Kubinka runway, creating the Russian national flag made of colour smoke.

As mentioned above, this unusual air show of the coronavirus-time was broadcasted live by main Russian television stations and also via their YouTube channels. Today, on 10th May, the live-stream was enhanced with images taken from the cockpits of participating aircraft and is available at TV Zvezda channel on YouTube.

Formation of six Su-25s and the Russian national flag 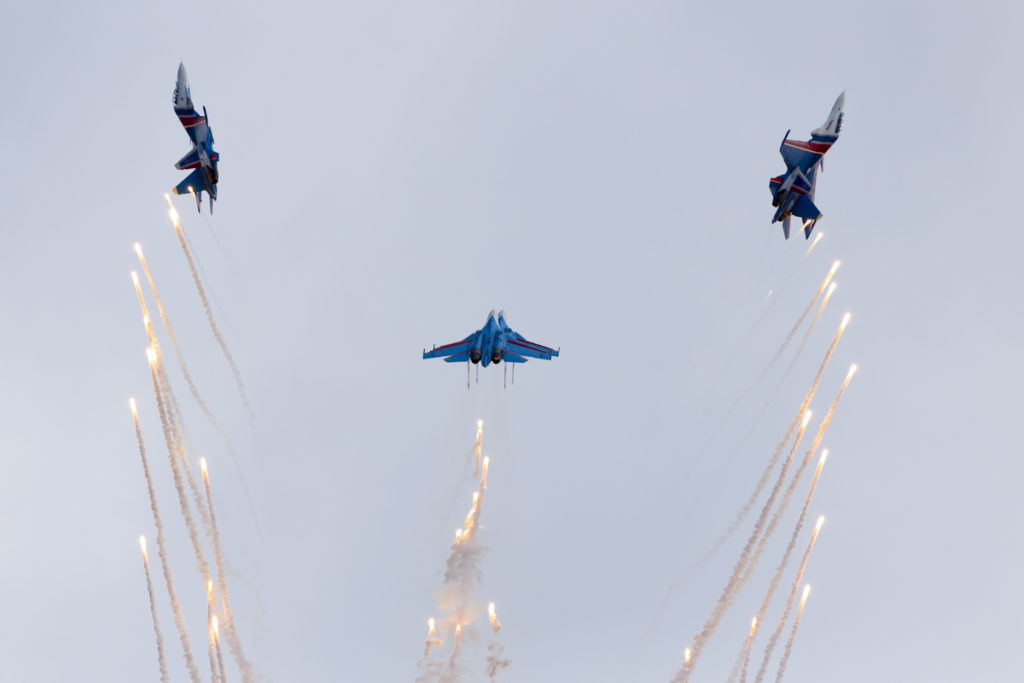 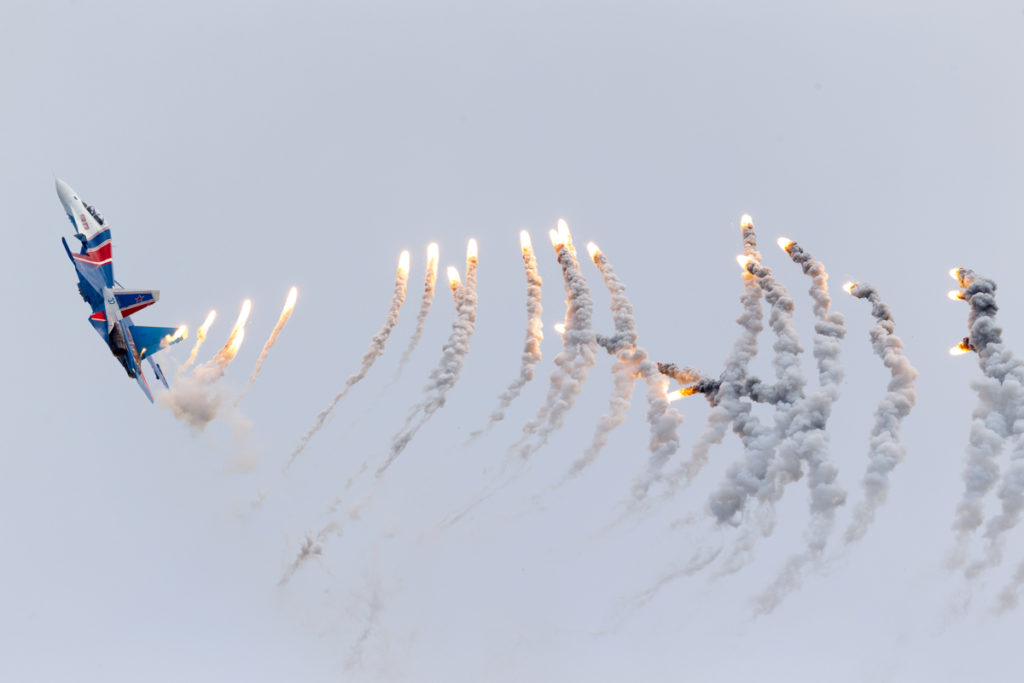 A flare-show by the Russian Knights