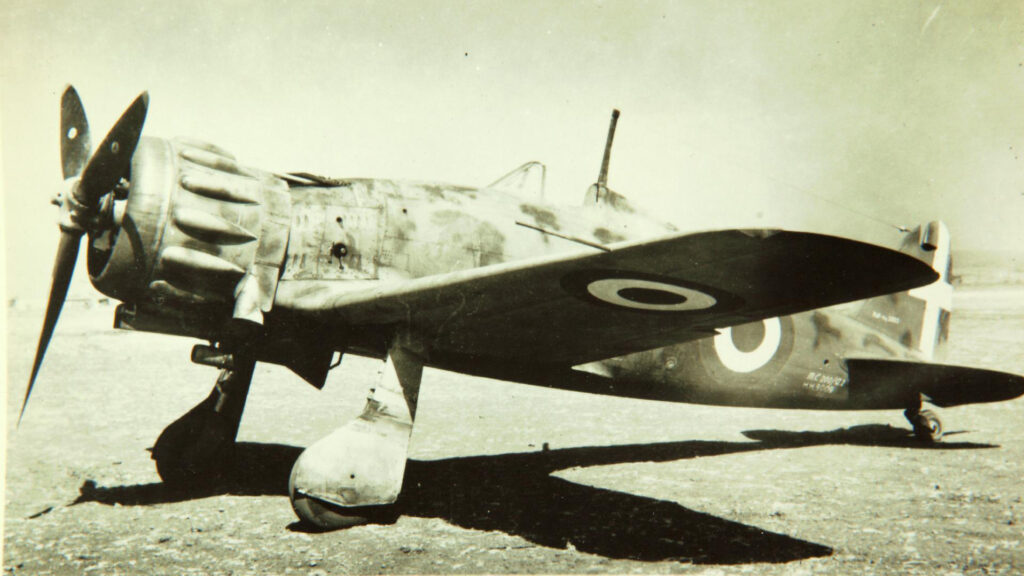 Castoldi had started his aviation designer career in technical head office of the air force (Direzione Tecnica dell’Aeronautica militare) and then moved to experimental centre of Italian military aviation (Direzione Sperimentale dell’aviazione militare) in Montecelio. In 1922, Castoldi started working for Nieuport Macchi company (later known as Macchi Aeronautica), where he designed a series of successful seaplanes, crowned by his masterpiece – Macchi-Castoldi M.C.72.

The M.C.72 was an experimental aircraft, intended for participation in Schneider Trophy, the famous air race for seaplanes and flying boats. Regrettably, issues with Fiat AS.6 supercharged V24 engine made it impossible for the Italian aeroplane to compete in the race.

Nevertheless, this did not discourage Castoldi from finishing his project. Finally, on 23rd October 1934, Francesco Agello flying the M.C.72 achieved an average speed of 709.207 kph, setting the world record that still remains the highest speed ever reached by a piston-powered seaplane.

At the beginning of 1936, the Italian Ministry of Aviation issued a set of requirements for a new interceptor aircraft. It was based on Italian experiences from recent campaigns in Africa and aimed for a modern aeroplane that had to be powered by a Fiat radial engine, able to reach a top speed of at least 500 kph and climb rate of 6,000 metres in up to 5 minutes.

Castoldi joined the competition for a new Italian fighter and proposed an all-metal aircraft with retractable landing gear, based on his previous studies on high-speed seaplanes. Shortly after, it proved to be an aeroplane with good overall flight characteristics, excellent manoeuvrability and strong airframe. Nevertheless, it was also significantly underpowered. Castoldi wanted his new aircraft to be powered by an inline engine, preferably of a German origin but participants of the contest had no other choice than to use the officially designated Fiat A.74, air-cooled radial engine.

Eventually, six aircraft entered the Caccia I (English: fighter one) competition: Macchi C.200, Fiat G.50 Freccia, Reggiane Re.2000, A.U.T. 18, IMAM Ro.51 and Caproni-Vizzola F.5. Although the Re.2000 seemed to be the most perspective design, the aircraft had major issues with structural strength. Therefore, the C.200 was eventually announced the winner, followed by the G.50. As a result, Regia Aeronautica has placed an order for 99 Macchi fighters and, in addition, for a smaller amount of Fiat G.50 aircraft.

Serial production of Macchi C.200 Saetta (English: lightning) was launched in June of 1939. Initially, the fighters were manufactured only at Macchi production plant but, as demand for new fighters increased, C.200 was also being made at Breda and SAI Ambrosini companies. Finally, there were more than 1,000 fighters of that type produced until the end of the World War II.

The Macchi C.200 proved to be a modern and reliable fighter, featuring exceptional stability in dive and perfect manoeuvrability. Nevertheless, it suffered from being underpowered and under-armed, especially in comparison to Allied fighters. Although several attempts to replace the A.74 engine with more powerful unit were made, none of them went beyond the prototype stage.

Saetta opened its combat history in June of 1940, in the Mediterranean area. The aircraft was used in Yugoslavian campaign, North Africa, as well as on the Eastern Front. Its extremely strong airframe made it possible to use C.200 as close support aircraft and to perform fighter-bomber missions.

Initially, the aircraft was coldly received by Italian pilots. They preferred more-manoeuvrable Fiat CR.42 biplane, insisted to equip Saetta with open cockpit and complained on its tendency to go into spin, autorotation issues and claimed that C.200 required above-the-average pilot skills.

Nevertheless, once the autorotation problem was solved by Custoldi´s engineering team, the aircraft proved itself to be a fast, strong and manoeuvrable fighter, in many ways outperforming Hawker Hurricane and P-40 Kittyhawk used by the RAF in Mediterranean area. According to some authors, as Jeffrey Ethel or Pietro Tonizzo, during combat missions on the Eastern Front, the C.200 achieved an incredible 88:15 kill ratio.

With arrival of new generation fighters – as Supermarine Spitfire and North American P-51 Mustang – the advantages of Saetta have rapidly fallen. It was reported that on 8th September 1943, at the time the armistice was signed, there were only about thirty operational C.200 remaining in the Italian Air Force.

Maiden flight of ´aircraft 174´, the jet aeroplane being a base for an early Soviet fighter, Lavochkin La-15 (Ла-15, NATO reporting name: Fantail) Lavochkin construction bureau, also known as OKB-301, is usually being associated with […]

Kawanishi E11K, a Japanese experimental flying boat performed its first flight. The story of this aircraft began in 1936, when the Imperial Japanese Navy drew up a request for a new small flying boat, intended […]