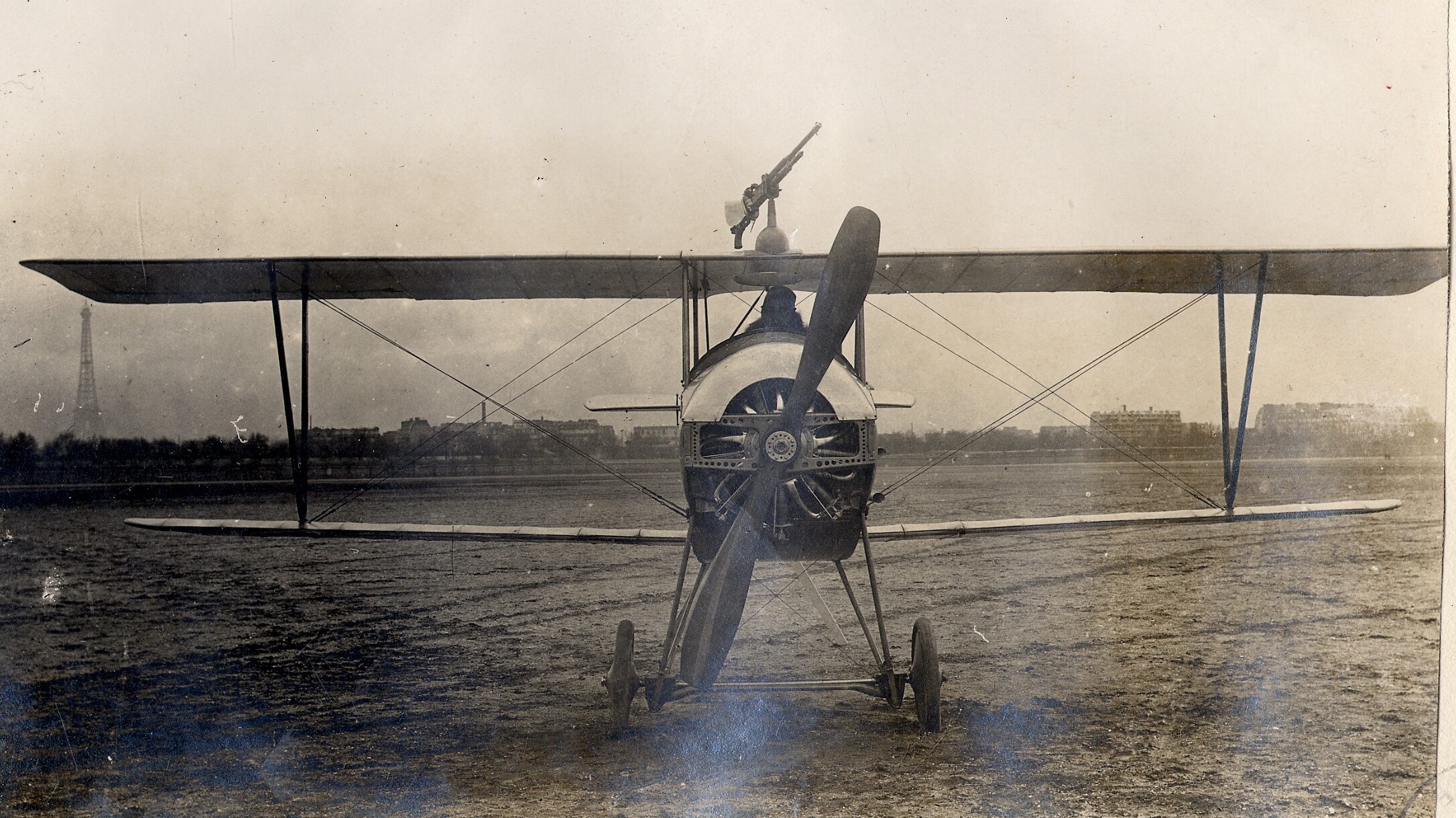 On 19th November 1915, Squadron-Commander Richard Bell Davies of No. 3 Squadron RNAS performed a successful rescue operation behind enemy lines, in order to save Flight Sub-Lieutenant Gilbert Formby Smylie. It is widely considered the first Combat Search and Rescue Operation (CSAR) ever made by an aircraft.

Richard Bell Davies was born on 19th May 1886 in London borough of Kensington. He enlisted the Royal Navy in 1901 and next year was appointed a naval cadet at HMS Diana cruiser, serving with the Mediterranean Fleet. It seems that aviation was his second interest, after the Navy, as since 1910 Davies was taking private flying lessons and three years later joined the Royal Naval Air Service (RNAS).

In the first months of the Great War, Davies participated in several air raids on German naval bases at Ostend and Zeebrugge. On 23rd January 1915, during one of such missions, he got seriously wounded by an anti-aircraft fire but without regard to pain and blood loss, completed the task and returned to base. In recognition of that brave act, Davies was awarded the Distinguished Service Order (DSO).

Shortly thereafter, Richard Bell Davies was deployed to the Middle East theatre of the World War I where he took part in the Gallipoli Campaign. He was appointed a commander of No. 3 Squadron RNAS. Operating from an airfield located at Imbros island (now officially known as Gökçeada), the 3rd Squadron provided an air support for Entente units involved in the campaign, as well as made several operations against Turkish communication lines – especially roads and rail lines in Bulgaria, used for carrying war supplies from Germany. In June of 1915, the squadron became No. 3 Wing RNAS, a mixed unit comprising of both Farman bombers and Nieuport fighters.

On 19th November 1915, the wing was assigned with a task of destroying a railroad located within the Bulgarian territory, behind the enemy lines. The target is usually mentioned in the British sources as ´Ferrijik Junction´, although there is no detailed description of that place in the official reports nor such a name on current maps. Nevertheless, it seems that the target of No. 3 Wing RNAS was a city named Feres (Ferecik in Turkish), located within the municipality of Alexandroupoli in today´s Greece.

Although there is still a few unclarified circumstances of the raid on Feres, it can be said with much certainty that Richard Bell Davies was leading his squadron on that day, flying in a Nieuport 10 sesquiplane fighter. Gilbert Formby Smylie was apparently flying a Farman, but no exact model is reported in official sources.

During the raid, Smylie´s aircraft was hit by anti-aircraft fire and heavily damaged. The RNAS pilot was forced to release bombs and look for a place for an emergency landing. Apart from a fact that the Farman was, most probably, a two-seat aircraft, the fate of possible second member of its crew remains unknown.

After a rough but successful grounding on a drained marsh, Smylie noticed that one of his bombs failed to release. He took advantage of that and set his aircraft on fire being confident that the bomb would ensure its definitive destruction. At this moment Smylie spotted a Nieuport fighter preparing to land nearby. It was the aircraft piloted by Richard Bell Davies who noticed that the Farman was hit and went on a search of his colleague.

Only due to remarkable quick thinking of Smylie, that rescue attempt did not end with a disaster. He managed to explode the bomb by shooting some rounds from his pistol, otherwise it could detonate during the landing of the Davies´ Nieuport.

After a successful landing, Davies placed Smylie inside his Nieuport, in front of the pilot´s cockpit. It was possible only due to the fact, that initially the aeroplane was designed as a two-seat aircraft – in single-cockpit fighters the first seat was removed and decked over, but there still was a tight, but empty space there.

Despite being under a rifle fire, Richard Bell Davies managed to take-off and two brave pilots successfully returned to Imbros airfield. As one rumour says, it took almost two hours to recover Smylie from the inside the fuselage of Nieuport – he fitted in it so tightly.

Nevertheless, that impulsive, adventurous but heroic action was a complete success. In January of 1916, for his rescue mission at Feres, Richard Bell Davies was awarded the Victoria Cross and at the same time, Gilbert Formby Smylie received the Distinguished Service Cross.

Richard Bell Davies has continued his military career. After the war, he was awarded with the French Croix de Guerre with palm and later, on 10th October 1919, he received the Air Force Cross for ´his distinguished services rendered during the Great War´.

During the interwar period, Davies held high offices in the British naval aviation. He was promoted to captain in 1926, was a commanding officer of the Air Section of the Naval Staff (1926-28), Liaison Officer for the Fleet Air Arm at the Air Ministry (1931-33) and commanded the naval base at Devonport (1936-38). In 1938, Davies was promoted to rear admiral and until 1941 was Rear Admiral, Naval Air Stations.

On 29th May 1941, Davies retired from his service in the Royal Navy, but immediately joined the Royal Naval Reserve in a rank of commander and served as a convoy commodore. Richard Bell Davies died on 26th February 1966, at the age of 79.

Gilbert Formby Smylie also continued with his military aviation career. During the last years of the World War I he served as flying instructor at the Eastchurch Air Station. After the war, he shared the fate of many military pilots, being transferred to unemployed list and searching a new civil appointment.

Fortunately, Smylie managed to return to active service in 1921 and was appointed a Flying Officer in No. 216 Squadron RAF. In the following years he attended an engineering course and then was assigned with several technical positions within the RAF. During the Second World War he served as Commanding Officer of the Operational Training Unit. Gilbert Formby Smylie finished his military career as Command Engineer Officer at Flying Training Command. He died on 5th July 1965, at the age of 70.

Although the brave action by Richard Bell Davies in 1915 was just an impulsive performance that saved the life of his colleague, the CSAR missions shortly became one of essential military operations. They were performed to a limited extend during the World War II and the First Indochina War.

It can be said that modern CSAR operations were developed during the Vietnam War. According to official sources of the US Army, there were more than 3,800 lives saved by the SAR teams during that war, at the cost of lives of 71 rescuers and 45 SAR aircraft lost.

Nowadays, the CSAR teams exists within structures of most armed forces of the world. In recent years, value of a shot down pilot (or any high-trained soldier of a specialized unit) increased considerably. It was also noticed by any potential enemy and therefore, the CSAR procedures are among the most important parts of military training.

On 22nd July 1914 (or 23rd July, according to some sources), three Austro-Hungarian type E flying boats performed reconnaissance flight near the Adriatic coast of Montenegro. It was the first operational use of naval aviation […]