75 years ago, on 8th May CET (or 9th May MSK) 1945, the long-awaited surrender of Nazi Germany became a fact, ending the dark years of the World War II in Europe. Although, not all guns went silent during the night from 8th to 9th of May – as there were still places where the war ended a few days later – this date is worldwide recognized as the Victory Day in Europe.

The German Instrument of Surrender was signed more than once – for the first time it was signed on 7th May in Reims at 02:41 CET, then repeated in Berlin one day later, with the presence of the Soviet High Command. In fact, this document was signed around 1:00 a.m. on 9th May and backdated to keep the surrender schedule agreed in Reims.

Nevertheless, all documents pointed 8th May, 23:01 hour Central European Time (CET), as the exact date when the surrender became effective. As the Soviets were still following Moscow Standard Time (MSK), for them it meant already 9th May. 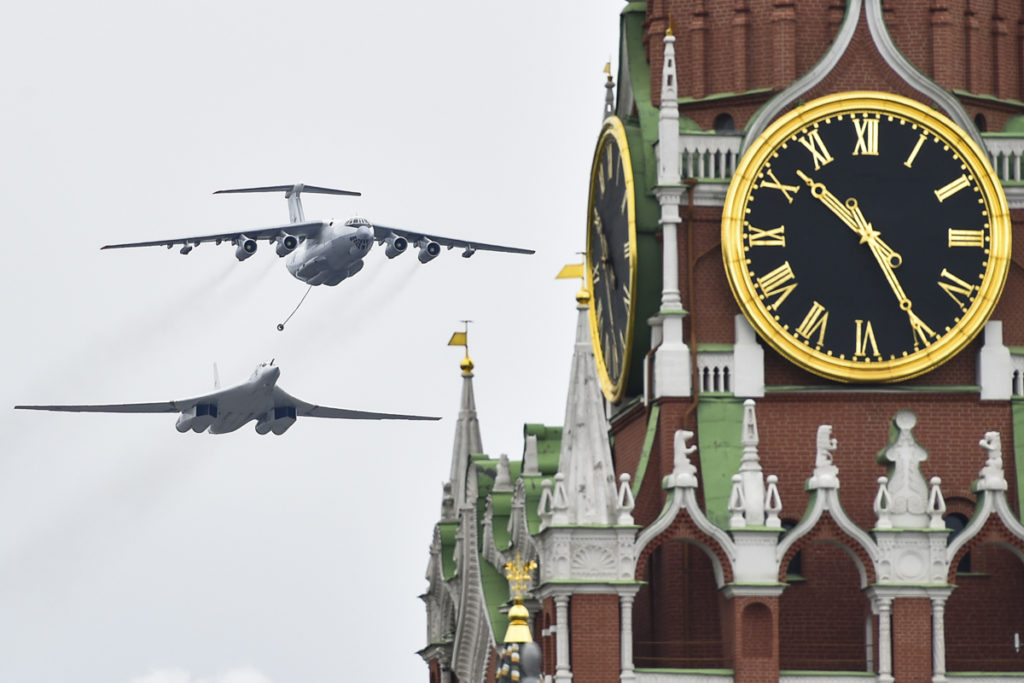 As a result of the differences in time zones, nowadays the majority of European countries celebrate this anniversary on 8th May, but Russia, CIS countries and many other states from the former East Bloc, celebrate the Victory one day later, following the Moscow local time.

The anniversary of the victory in the World War II became one of the most-celebrated holidays in the Soviet Union (and now in Russia). An annual parade on Red Square in Moscow held on this day is not only a traditional military holiday of Russian armed forces, but also turned into one of the main Victory Day events in the world. Broadcasted live by all Russian television stations and followed by international media, the parade is also used as an opportunity to show the whole world what are the latest developments in Russian military equipment.

The aviation component is a usual part of the Victory Day Parade, with several formations of aircraft performing their flypasts over Red Square and Moscow. However, in 2019 the aviation display on 9th May had to be cancelled due to the weather conditions and low clouds over the Russian capital. 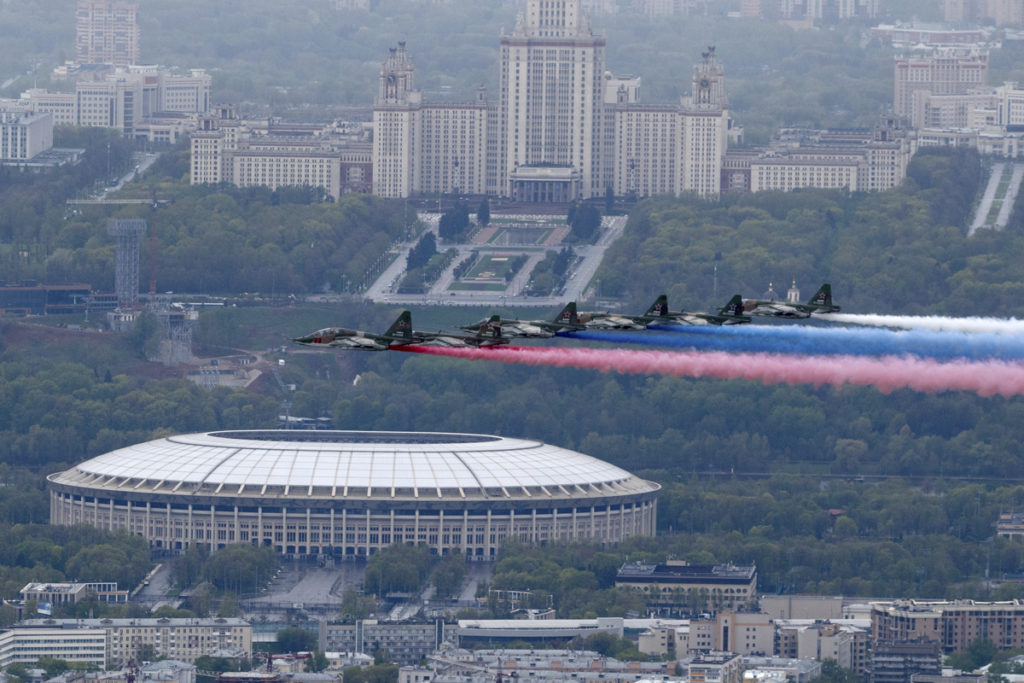 This year, the coronavirus outbreak made it totally different. At the beginning of April the Russian authorities, oblivious to the fact that most of the country went into lockdown, still were convinced that the parade would be organized as scheduled. Several measures were implemented to keep the participants safe from coronavirus but regrettably they proved to be insufficient.

In the middle of April, Vladimir Putin was forced to announce the postponing of the Victory Day Parade for an indefinite period of time. However, the complete cancellation of such important event would have a disastrous effect on the morale – therefore it was decided that the aviation part of the parade would be organized and not only in Moscow but also in several other Russian cities.

We were following the preparations to the Air Parade (as the event was commonly called) on regular basis, reporting you the highlights on our web site and Facebook fan page. Now, as the day has come, there is a time to share with you some photos from the event, released by the Ministry of Defence of the Russian Federation. 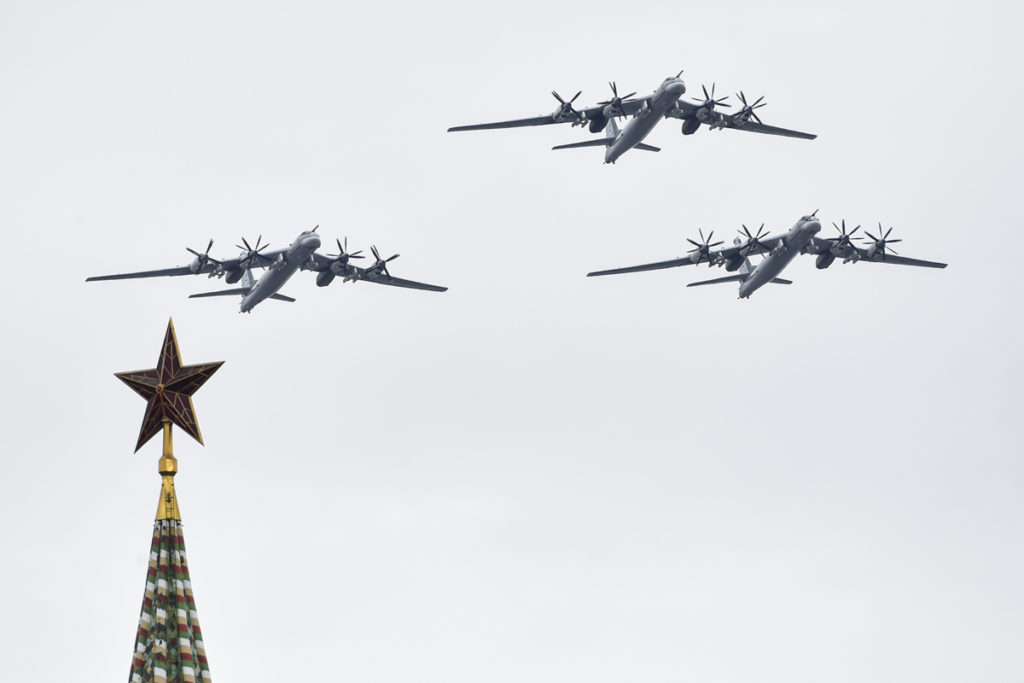 Despite the cloudy sky, 75 aircraft of the Russian Aerospace Forces performed the flypast over the capital, celebrating the 75th jubilee anniversary of the Victory Day. The common rumour was spread a few days before the event, that in case of even more harsh weather conditions the armed forces were ready to use cloud seeding technology to reduce the cloudiness over Moscow.

Similarly to the Victory Air Show organized later that day in Kubinka, the flypast over Moscow was concluded by the formation of six Su-25 attack aircraft, creating the Russian national flag out of colour smoke trails.

As mentioned above, other air parades were organized throughout the country and, in addition, the Russian Aerospace Forces performed the flypast in Armenia, Kyrgyzstan, Tajikistan and over the Russian air base Hmeymim in Syria. It was reported that approximately 600 aircraft were involved in those flypasts on 9th May 2020. 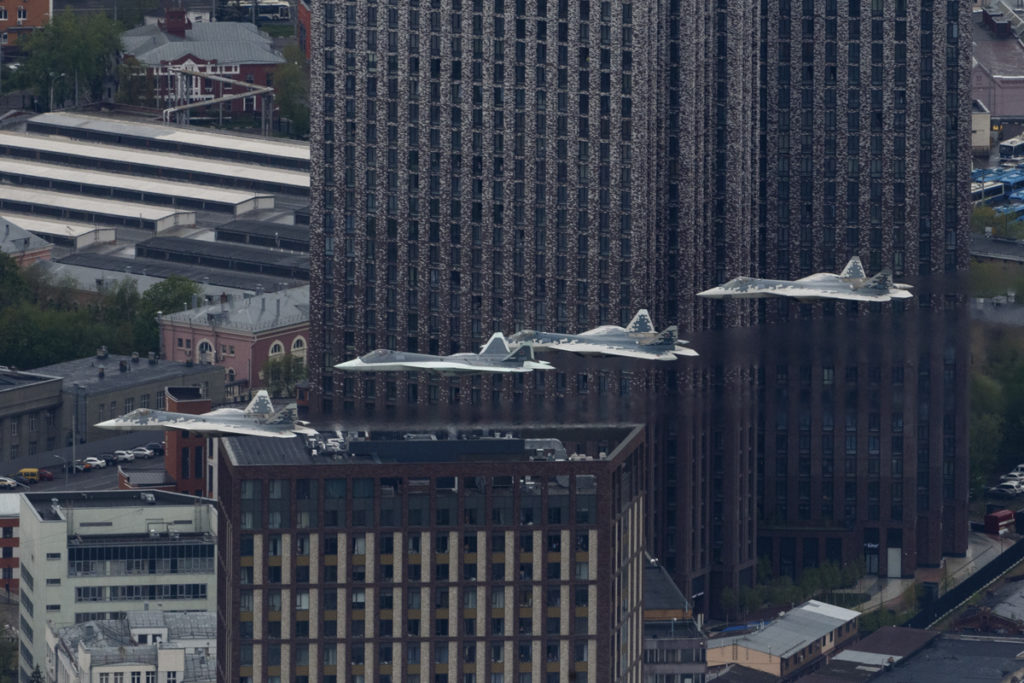 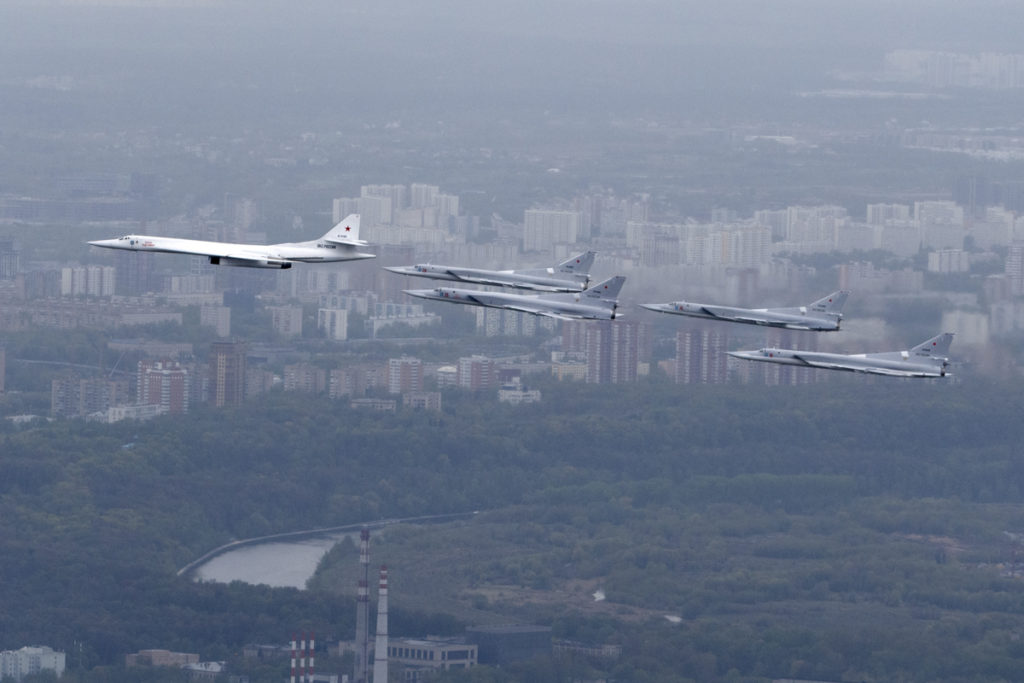 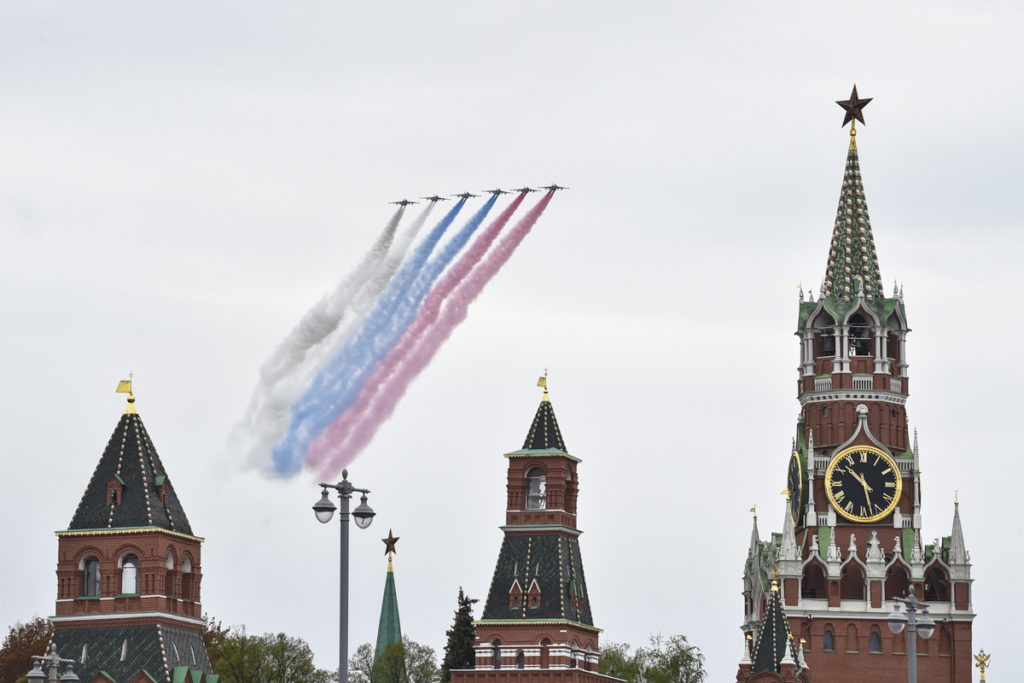