The final, international stage of ´Aviadarts-2020´ military aviation competition took place between 23rd August and 5th September. Similarly as in 2019, the contest was organized at Diaghilevo airfield, Ryazan region.

More than 40 air crews participated in the current edition of aviation component of the ´Army Games´ competition and although this number was similar to the 2019 edition, this year the team from the Republic of Belarus was the sole foreign participant of the competition. A wide range of military aircraft was represented in the contest, including Su-35S, Su-30SM, Yak-130 and various variants of Su-25 jet aeroplanes and also Ka-52, Mi-28N, Mi-24 and variety of Mi-8 helicopters.

The opening ceremony was held on 23rd August at Diaghilevo, with the participation of Lieutenant General Andrey Yudin, Deputy Commander-in-Chief of the Aerospace Forces and the Governor of the Ryazan Region, Nikolai Lyubimov. 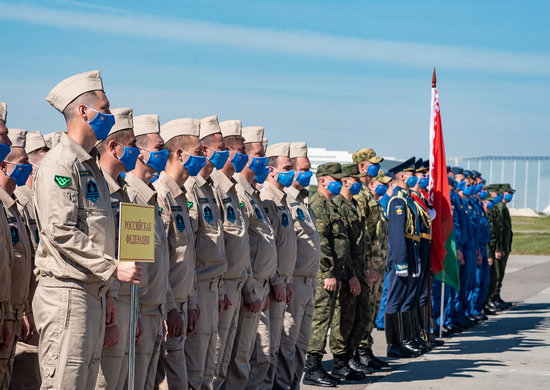 As usual, the competition was divided into few stages, with ´Physical training´ being the initial one. This opening phase was including four different tasks, focused on agility, speed, strength and coordination factors.

The live-fly and live-fire exercise followed from 24th August and this year the participating crews were competing in the following tasks: aerial reconnaissance (finding a target in a certain area by its coordinates), aerial navigation (flying the exact route and passing over the control points at a given time), piloting skills and techniques (performing a set of aerobatic figures in solo and pair flight), destroying the defined ground targets (using bombs, guided and un-guided missiles and on-board cannons – depending on the aircraft type), combat search and rescue operation.

The part concerning navigation and piloting skills opened the live-fly phase. An international panel of judges assessed the accuracy of all flight parameters, cooperation between the crews in pair, performance of the given sent of aerobatics and finally the quality and accuracy of landing. 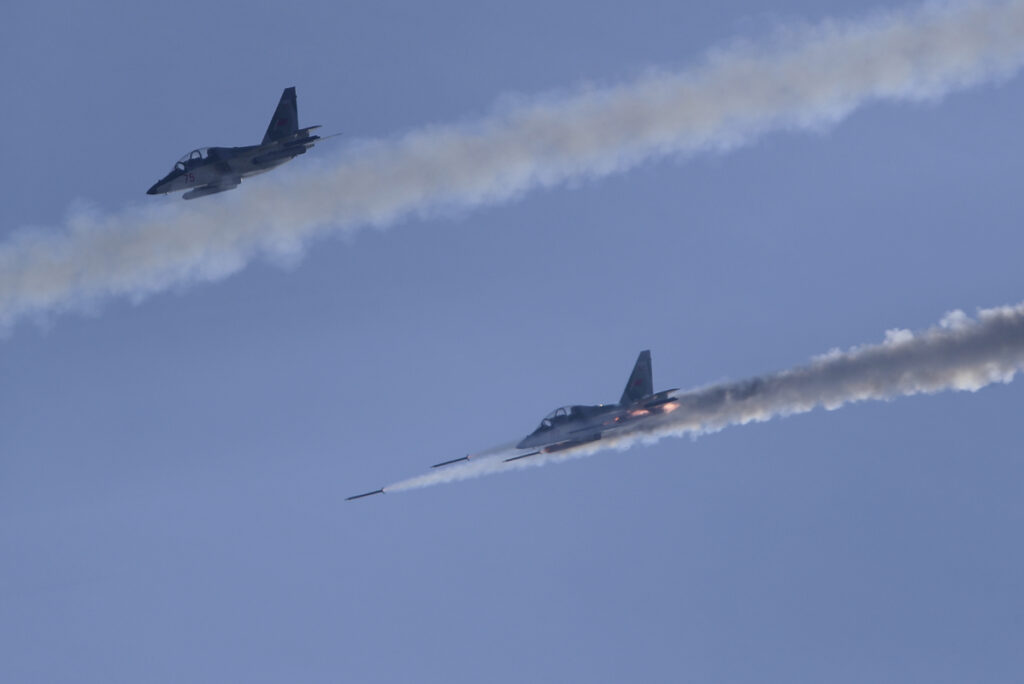 Belarussian Yak-130s during the live-fire exercise

All results were assessed in four categories: fighter aircraft (e.g. Su-30, Su-35), attack aircraft (Su-25, Yak-130), army combat aircraft (Mi-28N and Ka-52) and army transport and combat helicopters (a wide range of Mi-8 variants). After the first flying day, the leaders in each category were: in fighter aviation – the crews of Su-30SM from Rostov region, attack aviation – Su-25 crews from the Republic of Belarus, army combat aviation – Ka-52 crews from Pskov region.

The second flying competition began on 1st September. At the Dubrovichi training ground in the Ryazan region, about 60 unique ground targets were arranged for the all stages of the competition. The targets were divided into 12 types, including tactical objects, radar facilities, airfield, aviation equipment, anti-aircraft missile systems, tank column on the move, motorized infantry company, command post and other military infrastructure points.

The particular targets were picked by the crews in a blind draw. Each team could approach the training ground only two times – the first sortie allowed to detect and mark the objects in the area, the second approach had to be the final one, destroying the target. 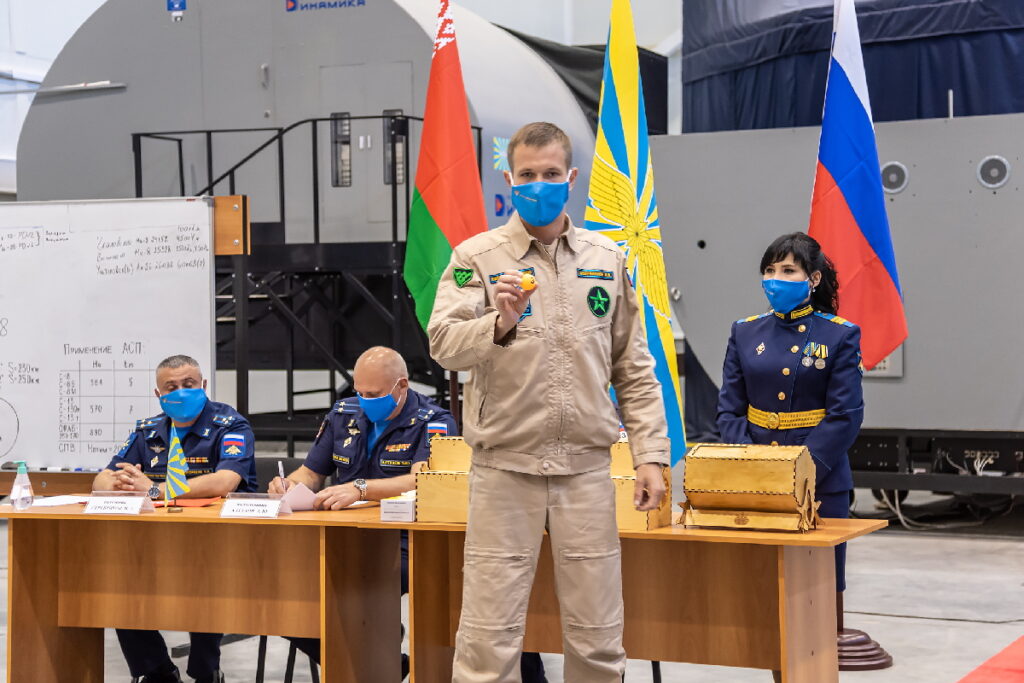 Blind draw of targets for the live-fire exercise

Between the two live-fly competitions, a cultural programme was arranged for the participating crews. The flying and ground personnel, together with their officials and contest judges attended a guided tour of the long-range aviation museum located in the Ryazan air base, followed by Nikolai Anisimov´s concert, an artist who is famous from his aviation-related songs.

According to the military authorities, the results of ´Aviadarts-2020´ competition proved the improvement of the aviation personnel´s skills. The training level for attack aircraft increased by 20%, for army combat helicopters by 12% and by 11% for army transport-combat helicopters – comparing to the results of previous edition. Belarussian crews improved their air navigation indicators by 10% and in the competition of aerial reconnaissance, their points increased four times. Both Russian and Belarussian crew doubled their points in live-fire exercise. 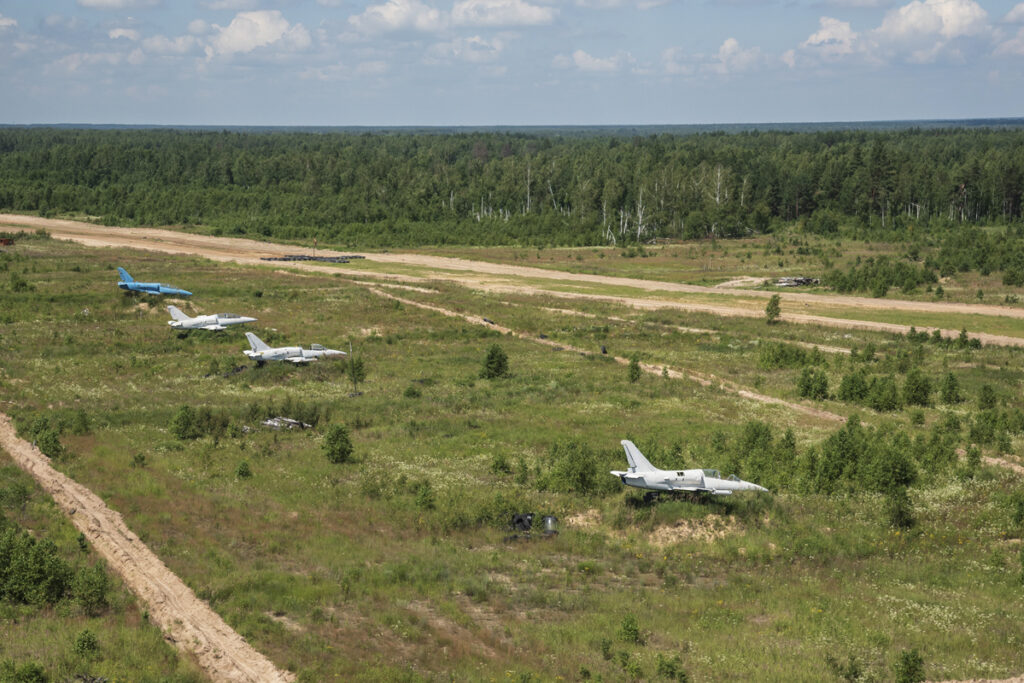 The crews of Mi-8AMTSh helicopter from Novosibirsk air base in the Central Military District, scored 253 points in the live-fire exercise, therefore setting the new record of ´Aviadarts´ competition.

As announced in the final press release, the Russian team won the overall classification of the contest and the second place was taken by the Republic of Belarus.

More information about the history of the ´Aviadarts´ contest, the rules of particular competitions, together with a short resumé of the 2019 edition can be found here. 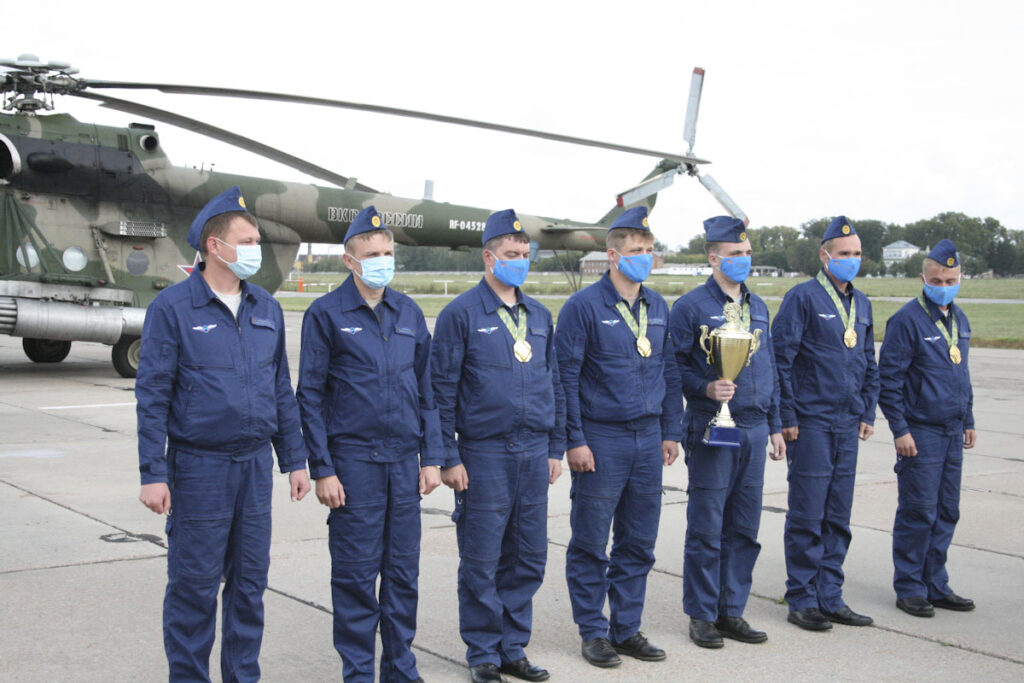 Record-breaking Mi-8 crews at return to their home airfield 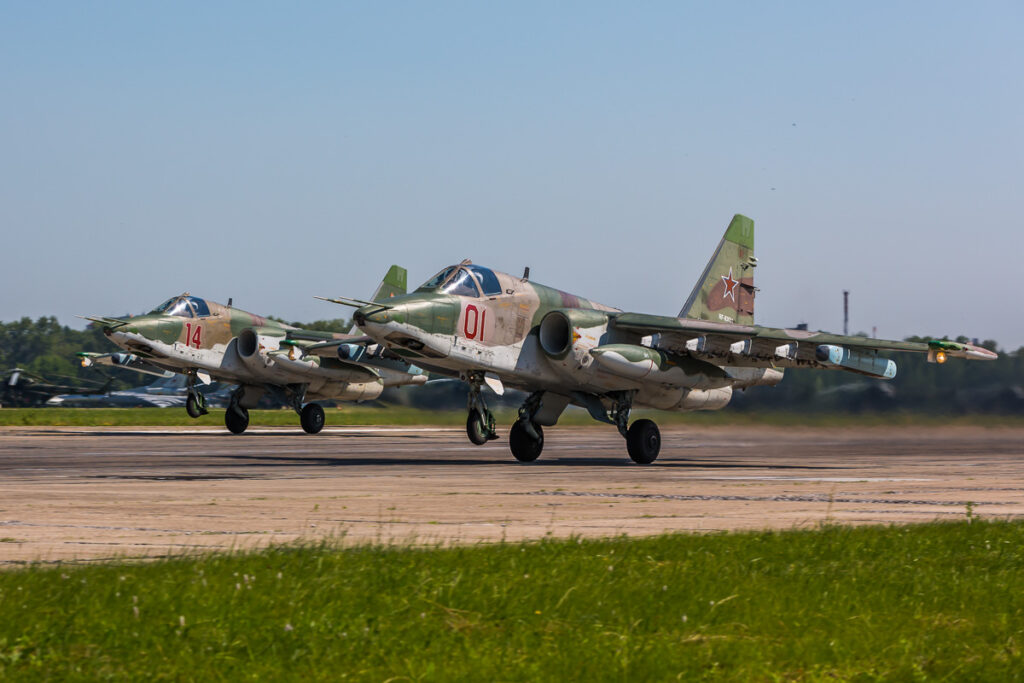 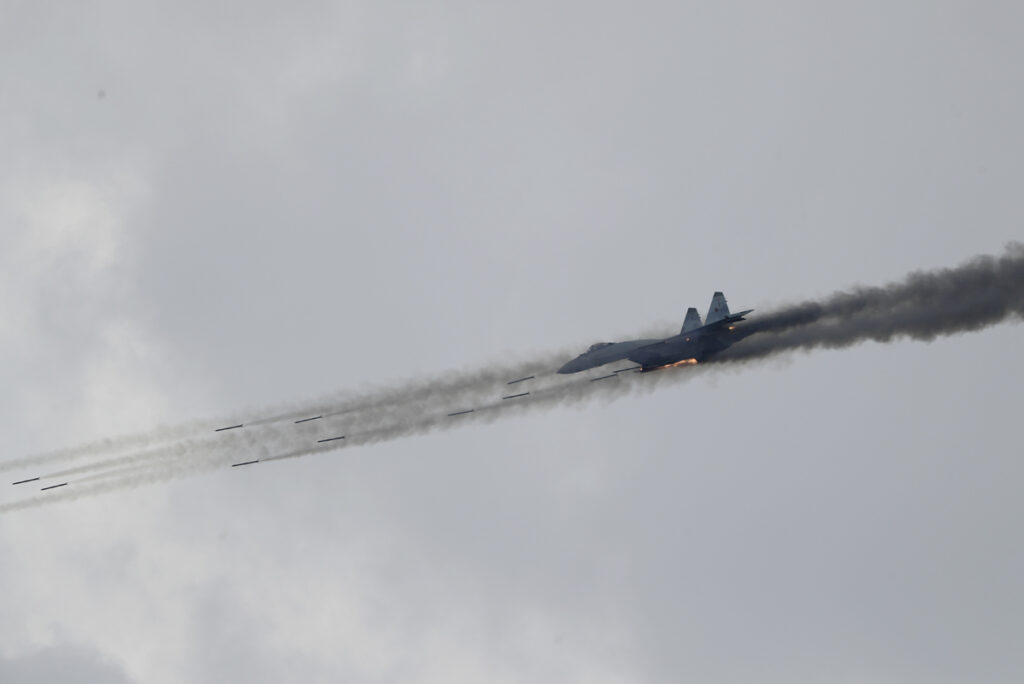 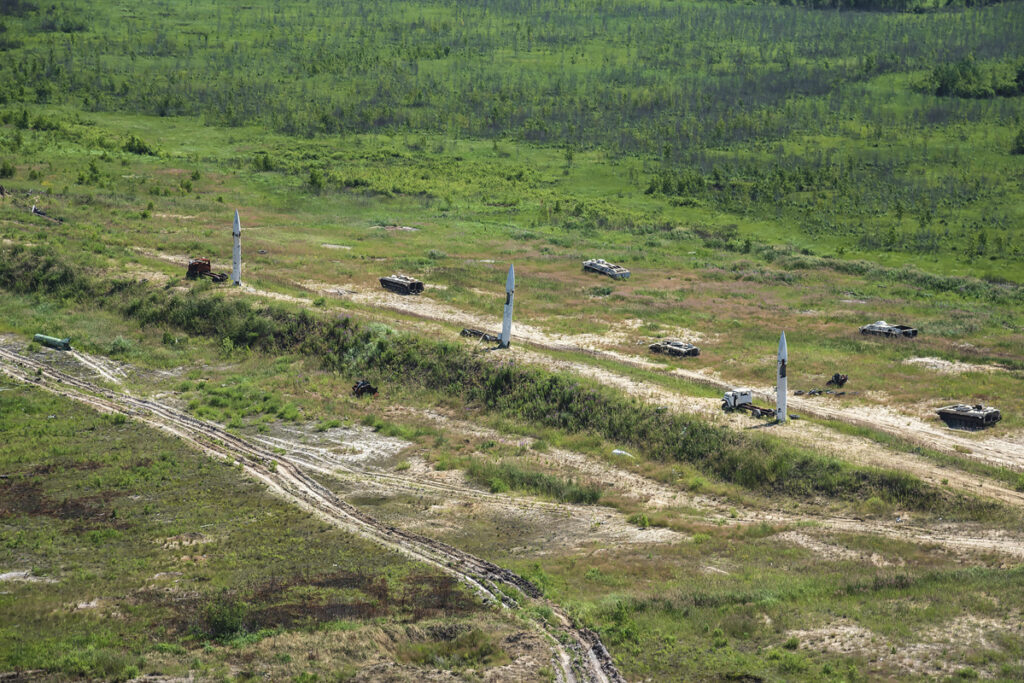