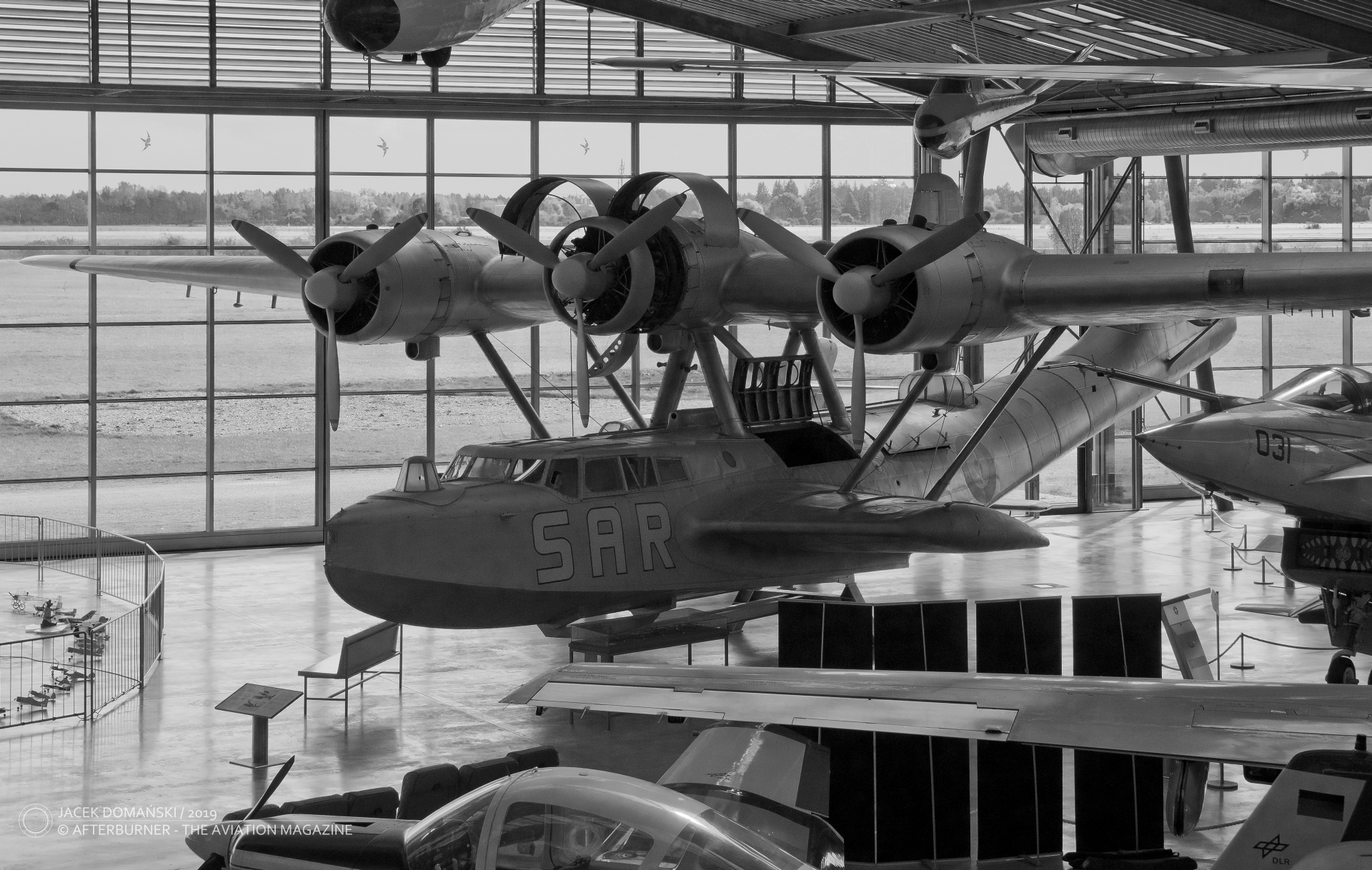 Dornier Do 24T-3, exhibited in Flugwerft Schleißheim (an aviation branch of the Deutsches Museum in Munich), Oberschleißheim, October 2019

In August of 1934, the Reich Ministry of Aviation (Reichsluftfahrtministerium – RLM) issued a request for the long-range, ocean-class reconnaissance flying boat. However, the initial requirements were just vague and the final specification, after several changes and adjustments, was released as late as in 1936. It was then responded by two aviation companies, Blohm & Voss (project designated Ha 138 / BV 138) and Dornier (Do 24).

Coincidentally, at the same time the Dutch Naval Aviation Service (Marine Luchtvaartdienst) was looking for a replacement of their Dornier Do J (´Wal´ –  whale) flying boats, used in the area of the Dutch East Indies. Dornier, together with Fokker and Sikorsky, entered the competition announced by the Dutch authorities, obviously with the currently developed project of Do 24.

As all the signs were that Dornier would win the Dutch competition and, on the other hand, it seemed that the RLM would prefer BV 138, the company from Friedrichshafen decided to focus on the Netherlands first. Delivery of the first prototype for RLM evaluation was postponed until December 1937 and instead, the pre-order of about thirty aircraft for the Marine Luchtvaartdienst was agreed.

The abovementioned decision required to perform a significant change in the initial project. In the RLM requirements Jumo 205 engines were mentioned, as already being proven by the Deutsche Lufthansa, but the Dutch Navy wanted to unify the engines used by its fleet – as a result, three Wright R-1820-F52 Cyclone radial engines with 887 hp each were mounted on Dutch Do 24s.

The first Dutch Do 24 flying boat performed its maiden flight from Lake Constance in July 1937. As the aircraft met the Dutch Navy requirements, the order for the first batch was officially placed. Even the first prototype was fully accepted as operational aircraft and flown to Hamburg, then shipped to East India where it entered service as X-1.

In the meantime, the Jumo-powered Do 24 was still developed and finally also took-off for its maiden flight, but as late as January 1938. Two prototypes were evaluated by the RLM but, as Dornier expected, the decision was already made in favour of Blohm & Voss.

After receiving the first batch of Do 24s, the opinion of Marine Luchtvaartdienst on this aeroplane was so pleased, that the Netherlands intended to buy more of them, planning to increase the Do 24 fleet up to 100 aircraft. The serial production was initially launched in Dornier plants in Manzell and Altenrhein, but later a license agreement was signed with Aviolanda company, located in the Netherlands.

With the outbreak of World War II and then occupation of the Netherlands, all Do 24s located in Aviolanda plant fell into German hands – it included eight already completed aircraft and five in production. As there were the Wright engines still available, all those 13 aeroplanes were finished and entered the German service.

Then the production of Do 24 in the Netherlands, by Aviolanda and later also Fokker factories, was continued until 1944, using the BMW Bramo 323 engines. Due to high demand for this aeroplane, another production line was arranged in SNCAN aviation plant in Sartrouville. The French company was manufacturing Do 24s until 1944, and additionally made another 40 after the war, for the French Navy Aviation.

The aircraft made initially at Dornier and Aviolanda (and then operated by the Dutch Navy) were designated as K-1 and K-2 model, depending on the engine version. Those Wright-powered German Do 24s were marked as N variant and BMW-powered aeroplanes were of T-1 – T-3 variant, depending on the equipment.

In late 1944, due to quick shrinkage of an area controlled by the Nazi Germany, the interest in flying boats rapidly decreased. As a direct result of the current situation, twelve Do 24s were sold to Spain. There they were operated as the reconnaissance and SAR aircraft until 1970s.

The Marine Luchtvaartdienst operated 37 Dornier Do 24s in the Dutch East Indies, with the major naval air base of Morokrembangan, eastern Java. Organized into 18 Groep Vliegtuigen of three aircraft each, the Dutch Navy Aviation performed several reconnaissance missions, anti-submarine patrols, SAR operations and convoy escorts. One of the most recognized actions of the Dutch Do 24s is sinking of the Japanese destroyer ´Shinonome´ in December 1941. After the Dutch surrender, the surviving Do 24s were evacuated to Australia, six of them were then used by the RAAF until 1944.

Operationally, Do 24 turned out to be an exceptional aircraft, really tailored for the naval aviation service and tasks. Mostly considered an excellent flying boat by all operators, especially when flying the SAR operations, the task in which Do 24 significantly surpassed not only Heinkel He 59, but also its direct competitor from the RLM contest of 1936, BV 138. According to Wikipedia (that, however, is not mentioning the exact source), approximately 12,000 lives were saved by Do 24s in SAR operations.

The Dornier Do 24 exhibited in the Deutsches Museum Flugwerft Schleißheim came from Spain and was completed of two different survived aircraft. The wings came from the aeroplane that was, since 1971, on display at Dornier plant in Oberpfaffenhofen and the fuselage was taken from Do 24TT (Do ATT) experimental aircraft developed by Dornier in 1980s. When both aeroplanes were given to the Deutsches Museum in 1990s, the Do 24T-3 was re-born and now is exhibited at Oberschleißheim, in the Spanish SAR markings.