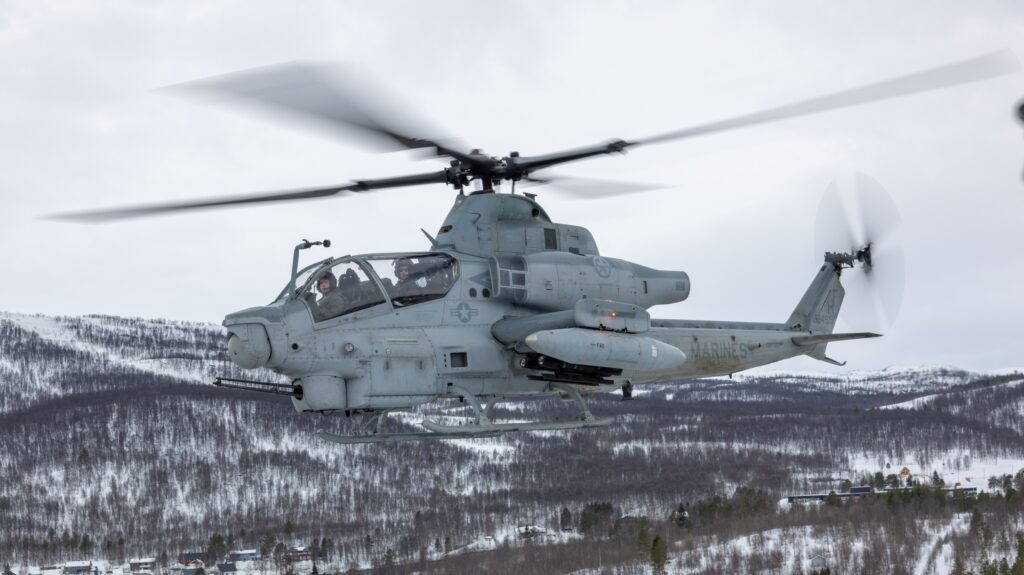 A fortnight ago, we have written about preparations for Cold Response 2022 – a NATO military exercise organized in Norway. Although being organized biannually since 2006, this year the training reached its largest significance. It became the largest exercise led by Norwegian armed forces since the Cold War era, as well as one of the most important NATO training activities of the year.

The main goal of Cold Response 2022 is to enhance the Norwegian defence capabilities by deploying a significant Allied amphibious and land force to the country. Therefore, particular emphasis has been placed on mastering transition between sea, coast and land, as well as the ability of the deployment contingent to operate in rough and demanding Arctic conditions of the northern Norway.

After a few months of preparations, the naval, air and special operations were launched on 14th March 2022. The exercise scenario was divided into three separate phases. During the first stage, the naval and air forces of the Alliance were assigned the task of gaining a ´command of the sea´ – the sea control that is essential to ensure that the NATO forces are able to deploy to Norway.

The second phase includes air operations supporting the main deployed force. Firstly, logistics hubs throughout Norway are defined and then being secured by the Norwegian armed forces, preparing them for receiving the Allied troops, equipment and supplies.

Phase three is the amphibious and land operation itself. Certainly, that part of the exercise cannot be carried out without an extensive support of the naval and air forces.

As already mentioned, the training activities are going to be executed all over the country. From Rena military camp, Oslo Airport and Lillehammer area in the Southeast Norway, through Fosen and Stjørdal in the central part of the country, to the Arctic areas near Bodø, Porsangmoen and Narvik.

In accordance with the exercise timeline, the first phase of Cold Response 2022 was already executed between 14th and 18th March, the second phase was launched on 16th March and concluded on 20th March. The third, final phase of the training, began on 19th March and is planned to be finalized today, on 22nd March. Additional amphibious and land operations are also planned for the period between 23rd and 31st March.

Additionally, although not being members of the Alliance, Sweden and Finland decided to participate in the 2022 edition of the exercise. This resulted, inter alia, in involving the Swedish JAS 39 Gripen fighter jets.

Sadly, this year´s edition of the exercise was already marked by a tragic event. In the evening of 18th March, the MV-22B Osprey of the US Marine Corps was reported missing south of Bodø. According to the Joint Rescue Coordination Centre of Northern Norway, the crashed aircraft was found around 21:20 hrs that day, in the Beiarn area. Regrettably, the weather conditions did not allow to perform any immediate rescue actions.

The local police rescue team managed to reach the crash site at 01:30 hrs next day. However, all four crew members of the USMC aircraft were reported dead.

In the beginning of this year it seemed that – after a two-year gap caused by coronavirus outbreak – things are finally getting back to normal. Aviation events that in previous years were cancelled or […]

During the last week, extraordinary guests have visited the Royal Australian Air Force (RAAF) air base at Darwin,  the Northern Territory. They were B-1B Lancer heavy supersonic bombers that performed a hot pit refuelling there, […]