A contract for delivery the first upgraded Mi-26T2 for the Russian Ministry of Emergency Situations (EMERCOM) was signed during the ongoing International Military-Technical Forum ´Army-2020´.

Mi-26T2 is an upgraded version of Mi-26T, a civil variant of the heavy transport helicopter introduced in 1983. Mi-26T2 is manufactured since 2015 and the rotorcraft received modern avionics that enables flying at any time of the day and in adverse weather conditions, including flying over the terrain that lacks orientation landmarks. With the upgrade, Mi-26 crew was reduced from five to three persons.

´Rostec supplies the EMERCOM with helicopters that are used for rescue operations, medical evacuation, firefighting and other missions. Mi-26T2 is the latest modification of the most powerful transport helicopter in the world. It significantly upgrades its capabilities, in line with the latest requirements for avionics and flight safety´, pointed Andrey Boginsky, the Director General of Russian Helicopters. ´Mi-26T2 is already in mass productions and has been supplied to foreign customers, who have been extremely satisfied with it. I am confident that the enhanced capabilities of Mi-26T2 will also work well in the demanding missions carried out daily by the Russian Ministry of Emergency Situations.´ 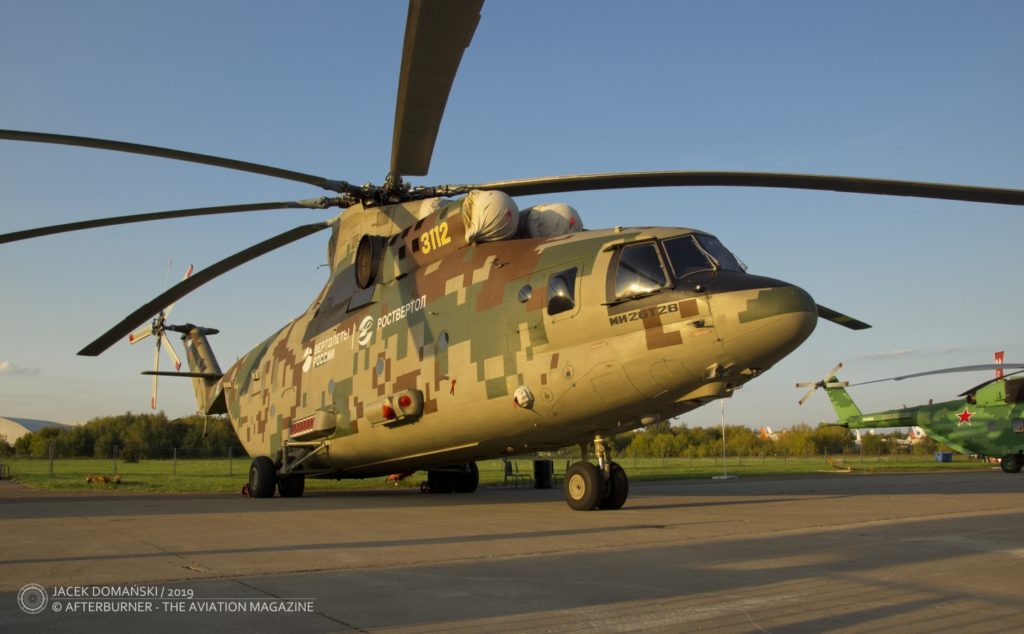 Mi-26T2 is equipped with ´glass cockpit´, systems for inertial navigation, Glonass and Navstar positioning, enhanced ground proximity warning and also energy-absorbing seats for the crew. The digital autopilot of Mi-26T2 is capable to both navigate and land the helicopter. Due to modern equipment, many processes are now automated, simplifying the work and reducing the flight preparation time in comparison to the basic version.

Mi-26T2 can reach the ceiling of 4,600 metres and has the cruise speed of 255 kph, with maximum speed of 295 kph. Its maximum take-off weight is 56 tonnes, including 20 tonnes of cargo. The helicopter range can vary from 800 to 1920 kilometres, depending on the cargo.

Mi-26 can carry up to 82 people or 60 injured and 3 paramedics in MEDEVAC configuration. It can be also used as a tanker, with the load capacity of 14,000 litres of fuel, or as a firefighting aircraft.

Rostec is currently developing a newer, upgraded military variant named Mi-26T2V. This helicopter made its maiden flight in 2018 and the tests are expected to be finalized until the end of this year. 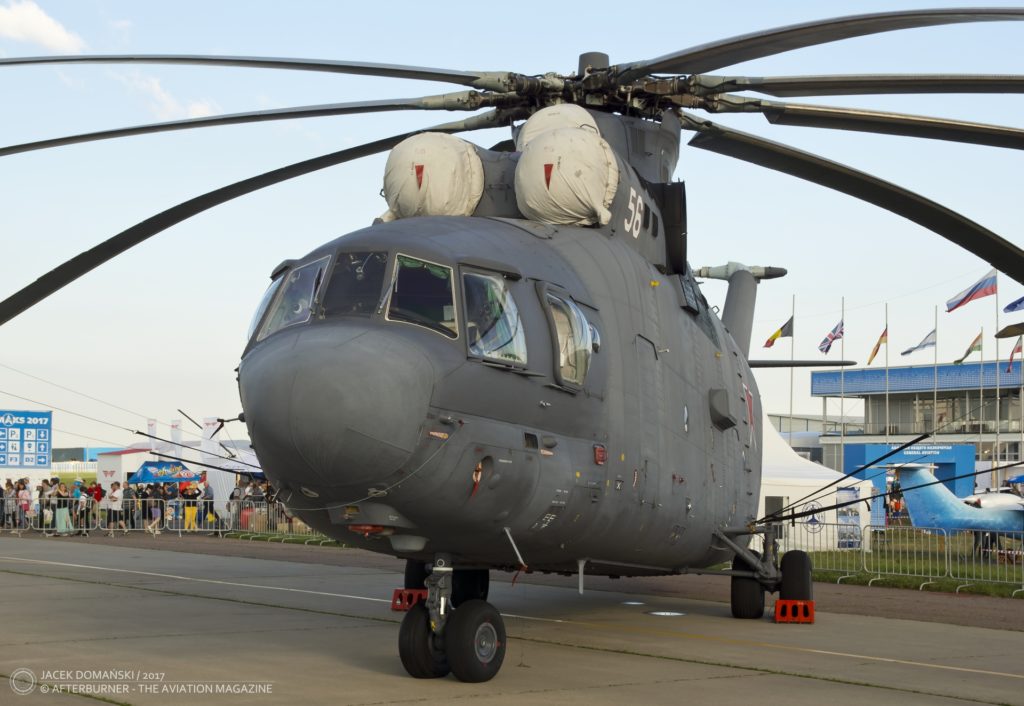 The first flights of Ansat in Mexico