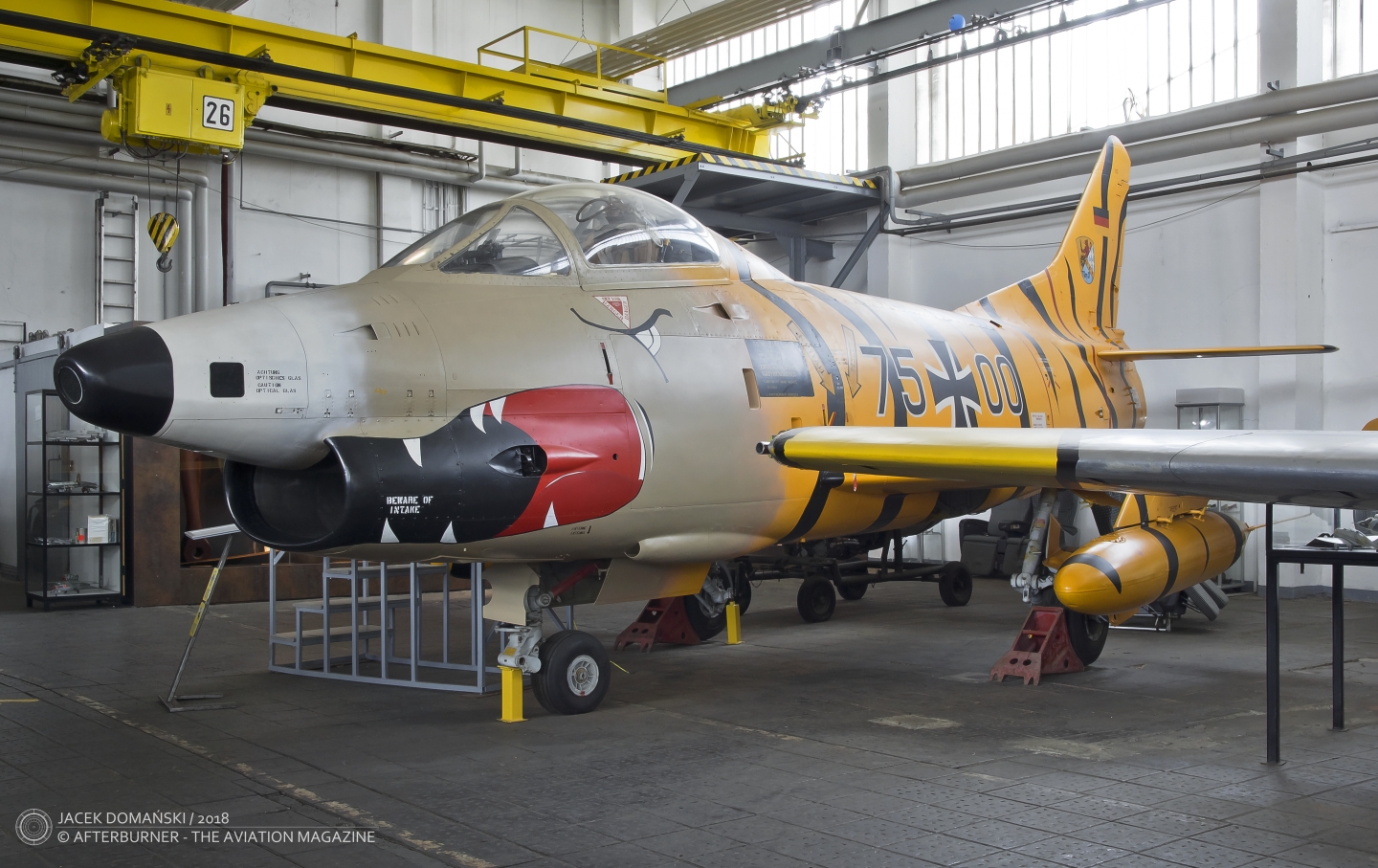 Fiat G.91, a jet fighter-bomber designed by Fiat Aviazione (later Aeritalia) in early 1950s, was a result of both Korean War experiences and NATO Basic Military Requirement 1 (NBMR-1) project, aiming for creation of ´Light Weight Strike Fighter´ for NATO countries. Following the competition organized on basis of NBMR-1, Fiat G.91 succeeded after many perturbations and finally was announced the winning project in June 1955.

The prototype performed its maiden flight on 9th August 1956, flown by Riccardo Bingamini. Despite being the winning project intended to introduce an all-NATO fighter-bomber, only two countries – Italy and Germany – decided to buy the new aircraft. In 1958 Bundestag officially approved the acquirement of 50 aircraft in R/3 operational variant and 40 aircraft in T/3 training version but also aiming for almost 300 G.91s in the nearest future. The German aeroplanes had to be manufactured under license by Arbeitsgemeinschaft Süd, a consortium of Dornier, Heinkel and Messerschmitt. Therefore Fiat G.91 became the first combat aircraft produced in Germany since the World War II.

The first German-manufactured ´Gina´ (as the aircraft was nicknamed) was made in 1961 and flown for the first time on 20th July by test pilot Franziskus Marinus Tuytjens. The production was ceased in 1966, after manufacturing 316 aircraft.

In 1962 a new variant appeared, named G.91 R/4. It was a result of planned purchase of Fiat fighter by Greece and Turkey, a purchase that was largely financed by the USA. However, this deal was not finalized due to political reasons, Greece and Turkey bought Northrop F-5 Freedom Fighter and 50 already contracted for production R/4s went to Germany.

The main difference from the ´original´ German variant was the armament, as G.91 R/4 had four 12.7 mm Colt-Browning machine guns (instead of two 30 mm cannons), also avionics and other equipment were modified. Due to those differences and operational limitations, all aircraft in R/4 variant were used for training purposes only, by WaSLw 50 in Fürstenfeldbruck. After a relatively short time, they were handed over to Portuguese Air Force in 1966.

Four aircraft remained in Germany, for training and exhibition purposes – one of them, BD+248, finally went to Luftfahrtmuseum Wernigerode, where it is exhibited in eye-catching ´NATO Tiger Meet´ livery, with a fictional tactical number 75+00.

That attractive ´Tiger Gina´ was created during the renovation of this aircraft and the livery is based on an original NTM 1987 painting from Fiat G.91 R/3 ´5465´, Portugal Air Force.