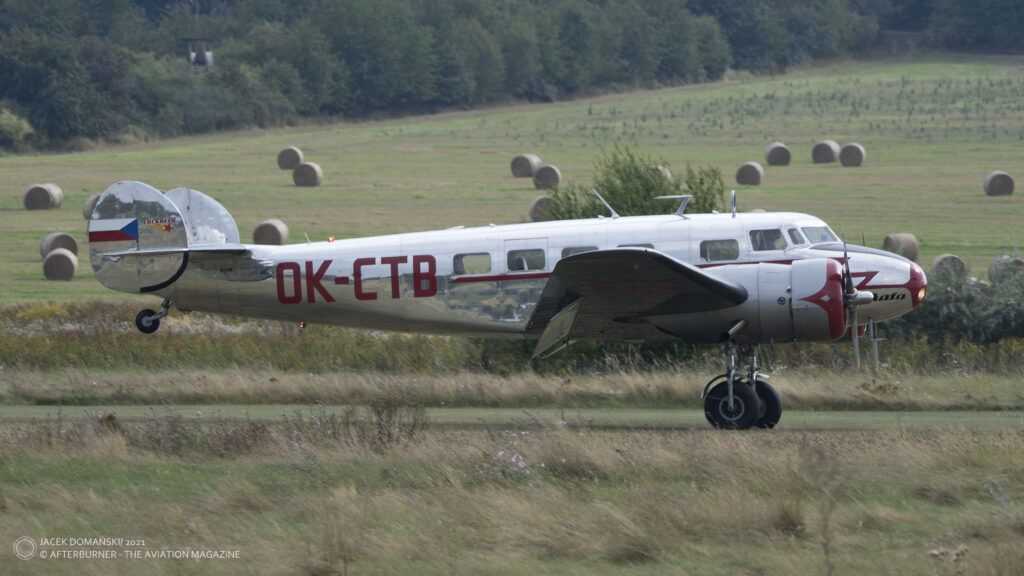 In the early 1931, the American public was shocked by a tragic aviation accident. A Fokker F-10 of the Transcontinental and Western Air (TWA) airline crashed near Bazaar, Kansas, killing all six passengers on board and two crew members. One of the casualties was Knute Rockne, well-known football coach.

The accident – mostly because of Rockne´s death – caused a nationwide grief and discussion about passenger aviation safety. The press and public opinion were asking for causes of that accident and prevention of any future ones. Post-accident investigation found that the tragedy was caused by construction of the aircraft, precisely by its wooden wing that became moist over the time and therefore weakening the glued connection between wing and the body.

As a consequence, that find immediately discredited any passenger aircraft built of wood, caused a serious blow to Fokker´s reputation and sales, as well as almost led to the TWA bankruptcy. It was also a powerful stimulus to develop new, all-metal passenger aircraft, widely considered much safer than their wooden predecessors.

The first of them was Ford Trimotor, an aircraft very similar in its design to Fokker F-10 but of full metal construction. Then there was a Boeing 247, the first really modern airliner of a completely new, revolutionary design. Lockheed and Douglas also have followed that way, developing the Electra and DC-2, respectively.

The Electra was a real breakthrough for the Lockheed aviation division. It was not only the first all-metal aircraft developed by the company, but also its first two-engine aeroplane. The airliner was designed by Lloyd Stearman and Hail Hibbard, then aerodynamically pampered by Clarence Johnson, at that time working at the University of Michigan. That new aircraft was named ´Electra´, for a star in the Pleiades, and officially designated Lockheed Model 10.

The prototype of the Electra made its first flight on 23rd February 1934. Within a few months, the airliner became officially certified and quickly found its first customers. One of them was Northwest Airliners, the company that also made the first commercial flight with the Lockheed Model 10 – in August of 1934, on Chicago – St. Paul route. Shortly thereafter, in October of the same year, the US government banned single-engine aircraft for night passenger flights, which caused even further increase of the interest in the Electra.

And those who decided to buy the Model 10 were not disappointed. The Electra proved to be a reliable and well-designed aircraft, appreciated by both airlines, pilots and passengers. The aeroplane was acquired by several American and foreign operators, including LOT Polish Airlines, Aeroput of Yugoslavia, LARES of Romania, British Airways or Cubana de Aviación.

Finally, the Electra was operated by more than thirty airlines and eight air forces all over the world. There were 149 examples of that aeroplane built in total, in four variants.

In addition, the Model 10 became a favourite aircraft of entrepreneurs, wealthy and famous people – being an equivalent of today´s executive jets. Among the Electra owners there were Indian maharajas, newspaper publisher W.R. Hearst or Czech ´King of shoes´ Jan Antonín Baťa. One Electra Model 10E was also used by Amelia Earhart, the famous aviation pioneer. In July of 1937, she disappeared somewhere over the Pacific Ocean, while trying to fly around the Earth in her Electra.

Interestingly, the Model 10 pictured above is also somehow connected with Earhart. That aircraft, with c/n 1091, was initially manufactured for the famous aviatrix but finally it was bought by Baťa, who wanted to buy that aeroplane immediately.

It was then used by the Baťa shoe company and then, at the beginning of the Second World War, the Electra was sold to the RCAF. Within further years that came, the airliner was changing its owners more than ten times, finally finding its way back to the Czech Republic. Today, it is probably the sole airworthy example of the Lockheed Electra Model 10 in the world.

More information about this particular aeroplane can be also found here, in our report from Točna open doors event held in September of 2021.

Another update of cancellation list for the 2020 air show season, with some new announcements included. The updates to the list publshed already in two previous articles were highlighted in bold: Historic Helicopters Open Day, […]

Cancelling the 2020 edition of Sanicole International Airshow was announced a few months ago, in the advance of coronavirus outbreak and during the troubled times of lockdown. Following the development of events, the Sanicole organization […]