As announced by the Russian Helicopters company, a contract for supplying two Mi-38 rotorcraft was recently signed by the manufacturer with the Russian Ministry of Defence. The helicopters will be delivered in a passenger variant, with a highly comfortable cabin. An official ceremony of concluding the contract was held in Kubinka, during the International Military-Technical Forum ´Army-2020´.

´The fact that our customers are interested in Mi-38 confirms that we have chosen the right concept, where the helicopter belongs to a segment between Mi-26 and Mi-8. The Russian Ministry of Defence has already received two Mi-38T transport and troop landing helicopters, which are undergoing test operation in the armed forces I am convinced that a civilian version of the helicopter will also be sought after, due to its outstanding load capacity, number of passengers, and flight safety,´ said Director General of Russian Helicopters holding company Andrey Boginsky.

For the first time, the serial Mi-38 helicopter was introduced to the general public at MAKS-2019, where it was also shown to the President of Russia Vladimir Putin and the President of Turkey Tayyip Recep Erdoğan. Shortly thereafter, this rotorcraft made its debut abroad, being displayed at the Dubai Airshow 2019 and presented to the Crown Prince of the Emirate of Abu Dhabi, Sheikh Mohammed bin Zayed Al Nahyan. 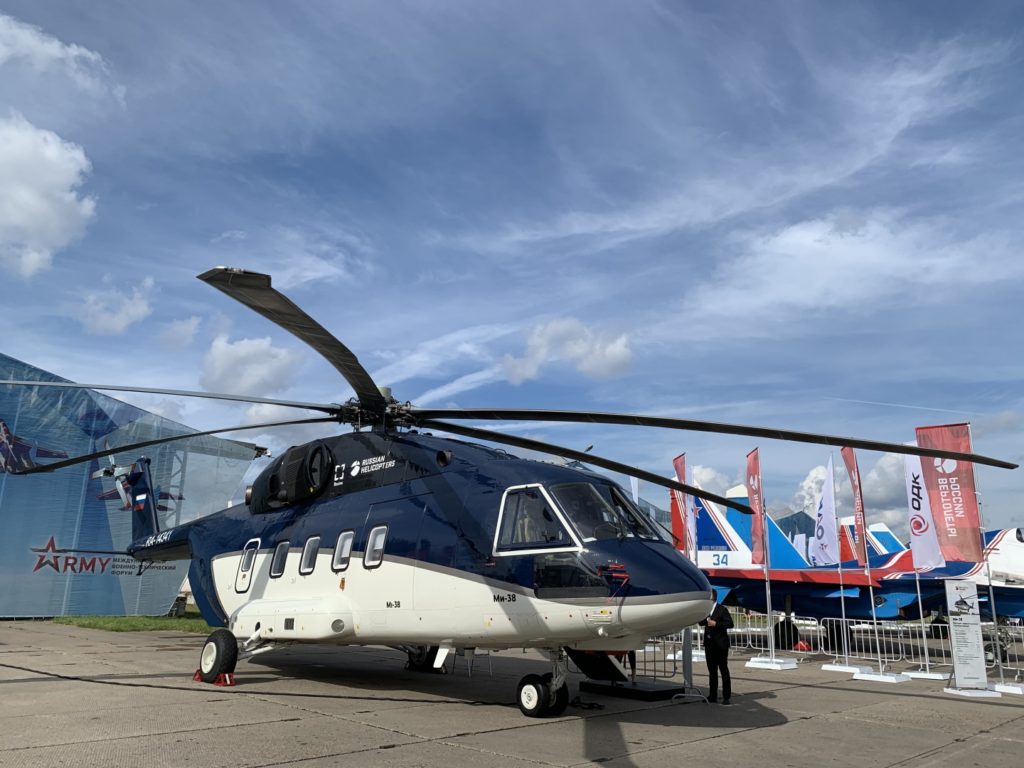 In February 2020, this first serial Mi-38 helicopter, that was also made in a VIP passenger variant, was handed over to Gazprombank Leasing.

Mi-38 is manufactured by Kazan Helicopters plant and its design is based on a single-rotor scheme with six-blade main rotor, ensuring high thrust and low vibration. Its twin-engine power plant consist of TV7-117V engines, equipped with dust protecting devices that ensure high quality of air purification. Main structural elements of Mi-38 are made of aluminium alloy with some parts made of titanium and composite materials.

The helicopter is also equipped with a modern satellite navigation system and a ´glass cockpit´ with five LCD colour screens to display various information. Mi-38 has a flight range up to 1,200 kilometres (with additional fuel tanks), maximum take-off weight of 15.6 tons and is also capable to carry five tons of payload on board or using an external sling. 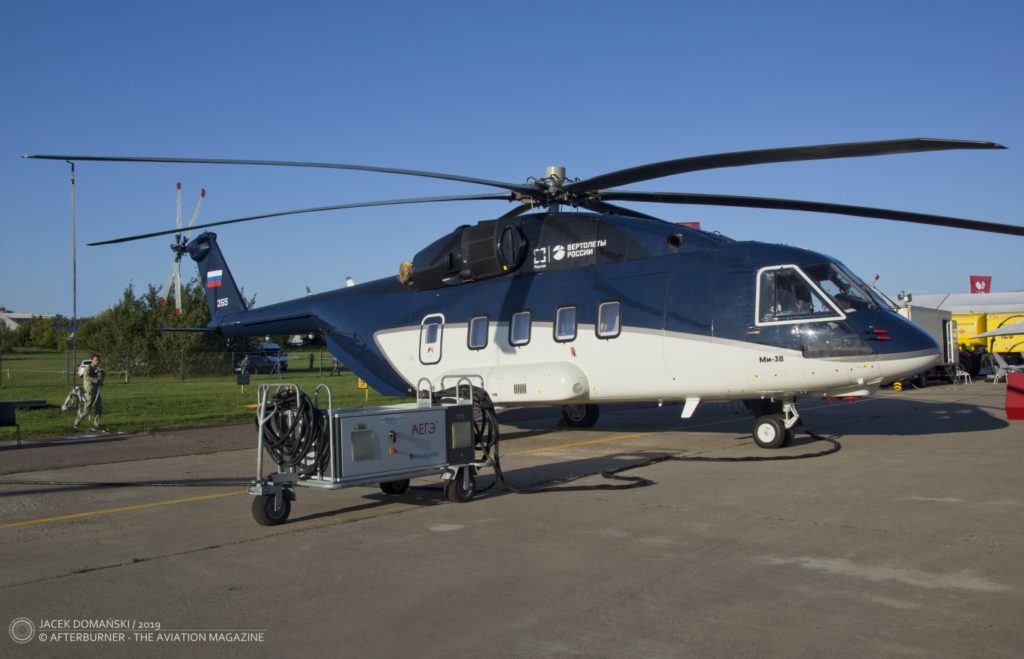