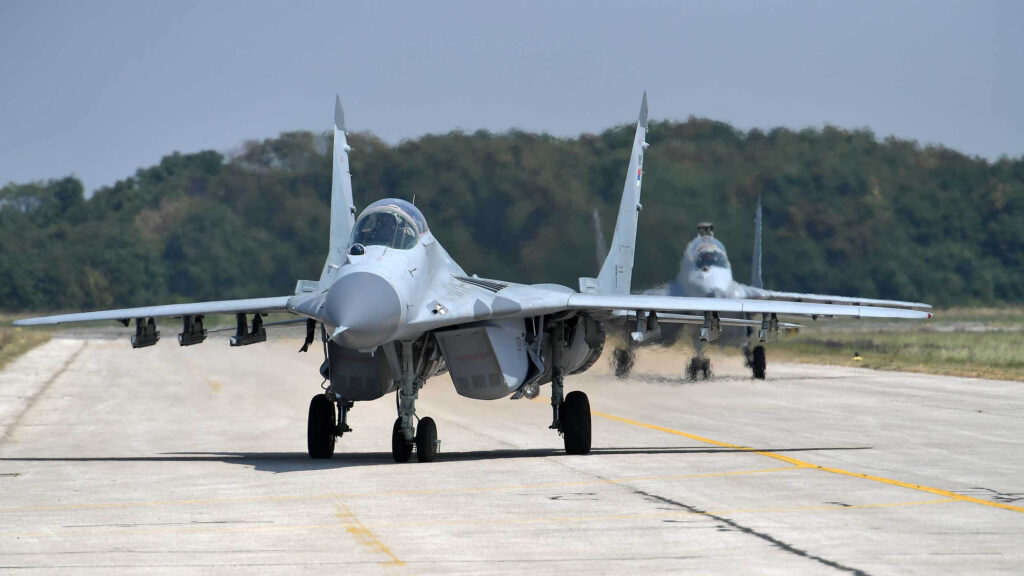 Among the main objectives of that training was to examine the abilities of particular units of the Serbian Air Force and Air Defence in terms of performing their duties within the broad scope of the force activities. The exercise included tasks related to airspace defence, air surveillance, search and rescue operations, as well as warning and guidance.

Sky Shield 2022 was also about to master the level of cooperation between different branches of the Serbian armed forces. Combat scenarios for the anti-aircraft missile units and aviation squadrons required not only precise coordination between those two elements of the air defence, but also involved several other components of the country´s armed forces.

According to the official press release of the Serbian Ministry of Defence, full integration of all units into a single and effective system is an imperative to establish a reliable structure being able to protect the airspace. And efficient operation of such system was one of the objectives of Sky Shield 2022 exercise.

We are pleased to announce that the 30th anniversary edition of Aviation Fair (Aviatická pouť) was already officially confirmed to be organized this year. The show is returning after a two-year gap, caused by coronavirus […]