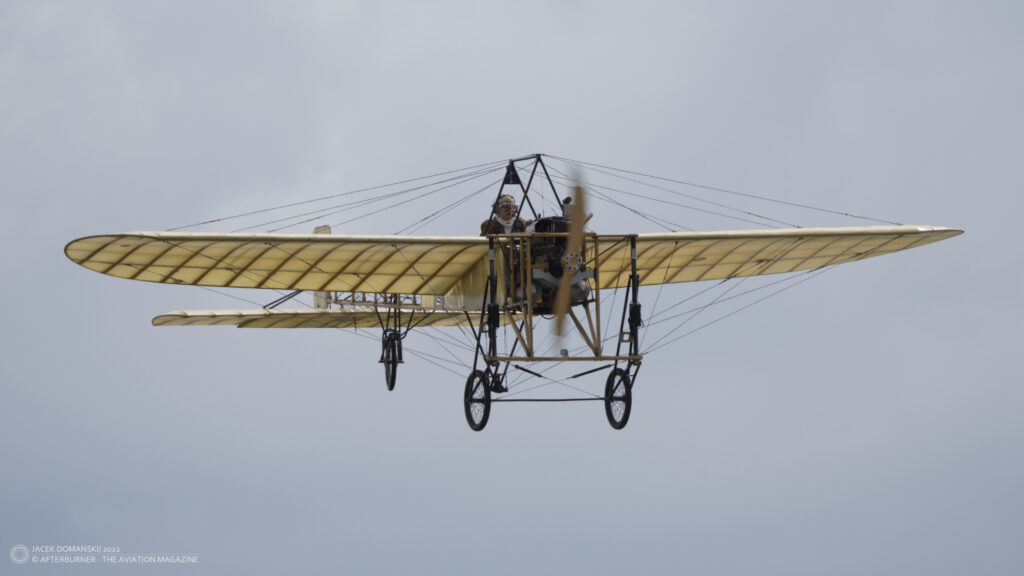 Louis Blériot, the legendary aviator, is not only one of iconic entrepreneurs and inventors of the early 20th century but also one of those people who left their deep mark on development of heavier-than-air aircraft. From his early years, Blériot was interested in engineering, being especially excellent in technical drawings. Already at the age of ten he attended Institution Notre-Dame (Notre Dame Institut) in Cambrai, then went to high school in Amiens and college Sainte-Barbe in Paris. In 1892, Blériot started his study at the prestigeous École Centrale des Arts et Manufactures (Central School of engineering and science). He graduated three years later, receiving his engineer diploma and then attended compulsory military service in an artillery regiment.

After spending a year in the army, Blériot started to work for an electrical engineering company in Paris, known as Baguès. There, he made his primary significant development – an automobile headlamp, powered by acetylene generator. It was the first car lamp of that kind in the world and quickly became being widely adopted by automobile manufacturers. Blériot left the company and opened his own workshop, successfully selling his lamps to Renault and Panhard, two biggest car manufacturers at that time.

Blériot´s interest in aircraft started already during his studies at École Centrale but it was his successful business with automobile lamps that finally allowed him to focus more on aviation developments. Nevertheless, the beginning was tough and marked with some unsuccessful experiments. In 1901, he developed his first aircraft, Blériot I, that featured flapping wings and was powered by carbonic acid engine of his construction.

The early years of Blériot´s aviation experiences were influenced by two other aviation pioneers he met in the early 1900s – Ferdinand Ferber and Julien Mamet. It was Ferber who introduced Blériot to Gabriel Voisin, at that time working with Ernest Archdeacon on his gliders. This meeting led to creation of Blériot II, a glider made by Voisin for Louis Blériot.

Blériot and Voisin cooperated together on some further aviation developments and finally – with assistance of Édouard Surcouf, French industrialist, engineer and dirigible pilot – in 1905 decided to open their own workshop they named Ateliers d’ Aviation Édouard Surcouf, Blériot et Voisin. The company made two powered aircraft Blériot III and IV, designed by Louis Blériot and with Voisin being responsible for their mechanical parts. Regrettably, none of them was successful and at the end of 1906 the shareholders split off, closing the company. Gabriel Voisin, together with his brother Charles and some additional partners, founded Appareils d’Aviation Les Frères Voisin, while Blériot established his own company – Recherches Aéronautiques Louis Blériot.

Within the next few years, Blériot experimented with several different configurations of his aeroplanes, engines and control systems. First of them was Blériot V, the aircraft of a canard design, and the series was concluded with Blériot XII made in May of 1909. Although some of Blériot´s inventions meant significant progress in aviation development, he did not achieve any commercial success – quite the contrary. It was reported that during those years of aviation experiments, Blériot invested an enormous amount of 780,000 francs on his projects. For the sake of comparison, an average monthly salary of a male worker in 1911 was 150 francs. In the middle of 1909, Blériot (together with Voisin) received Prix Osiris for his contribution to science, but this did not improve his financial situation.

Back in October 1908, the Daily Mail announced that pilot who would be the first to cross the English Channel in a powered aircraft, would be awarded a prize of 500 pounds. As there was no one to dare, next year it was increased to 1,000 pounds – a huge amount, being an equivalent of today´s 120,000 GBP. Nevertheless, it was considered by general public as just a smart marketing move, as no aircraft would be able to complete such flight. Surprisingly, shortly after receiving the Osiris Prize, Blériot announced that he was going to cross the Channel yet that year.

The aircraft he chosen for the flight was Blériot XI, a tractor-configuration monoplane with Anzani three-cylinder engine, generating 25 hp. The route was from Calais to Dover and an interesting fact was that Blériot had not visited the UK before, relying on Charles Fontaine, the journalist of Le Matine, to find a proper landing spot there. In the early morning of 25th July, Louis Blériot made a few test runs of his aircraft and then, at 4:41 hours, took-off from the French coast and headed Dover. Thirty six minutes and thirty second later, Blériot XI sucessfully landed near Dover Castle, flying over the Channel at an altitude of 250 feet.

Blériot´s flight was not only another significant achievement in aviation but also brought fame and financial remuneration to the pilot. In a short time, the Blériot´s company received more than one hundred orders for Type XI aircraft. Recherches Aéronautiques Louis Blériot rapidly grew up and, until the outbreak of the Great War, made approximately 900 aeroplanes.

In addition, Blériot participated in several aviation meetings in Europe. He was the first one to show a flight of powered aircraft in Hungary and Romania, established new world speed record of powerd aircraft, as well as was close to win the first Gordon Benett Trophy. Moreover, Blériot also founded aviation schools in France and the UK.

In 1913, just at the eve of the World War I, Blériot bought Société pour les Appareils Deperdussin aviation company and renamed it Société Pour L’Aviation et ses Dérivés, commonly known as SPAD. During the war, the company was successfully manufacturing fighter aircraft, including the well-known S.VII and S.XIII.

After the war, faced with decreasing demand for aircraft, Blériot´s companies switched to manufacturing cars and motorcycles, thus surviving the hard times. In the middle of 1920s, Blériot Aéronautique returned to building aeroplanes and continued with that activity until 1937. That year, as apart of nationalisation of French aviation industry, his company was taken over by Société nationale des constructions aéronautiques du Sud-Ouest (aka SNCASO or just Sud-Ouest).

Louis Blériot died on 1st August 1936, due to a heart attack.

Antoine de Saint-Exupéry took-off for his last flight, a reconnaissance mission over the Rhone Valley. Antoine Marie Jean-Baptiste Roger, comte de Saint-Exupéry – an aviator that needs no introduction. Who has not heard about ´The […]