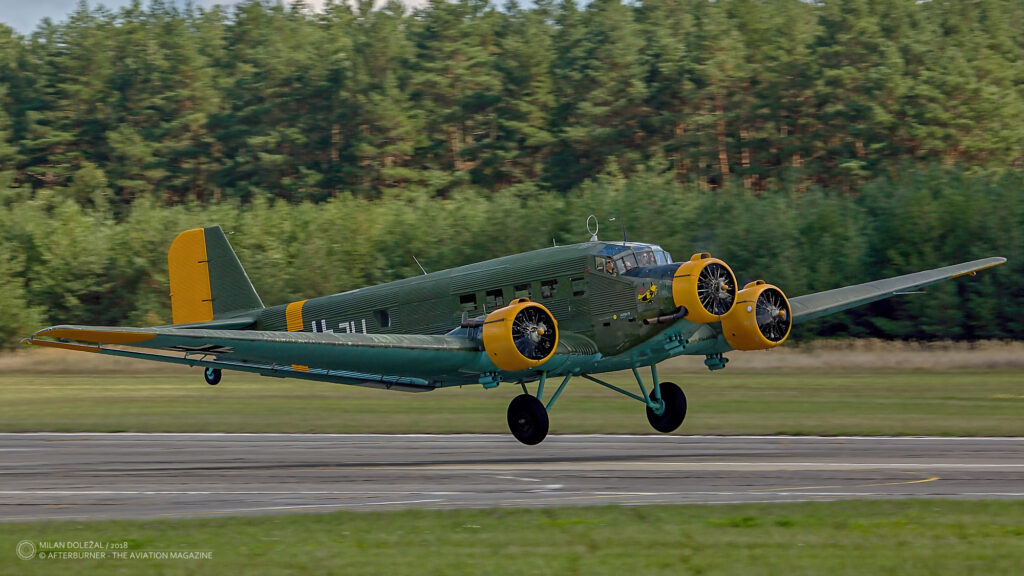 On 29th July 1936, Junkers Ju 52 aircraft began to carry the Army of Africa from Spanish Morocco to Andalusia, Spain. That effort, performed by Germany in support of the Nationalist forces in the Spanish Civil War, is commonly recognized as the first airlift operation in history.

Approximately two weeks earlier, the Spanish coup of July 1936 started. The rebellion was organized to overthrow the Spanish Second Republic and initially was expected to be nothing more than a rapid action leading to seizure of power by the Nationalists. However, the rebels failed to achieve their goal and the Spanish government managed to maintain control over major cities and significant part of the country.

Among regions that fell to the control of the Nationalists was Spanish Morocco – a protectorate established in 1912 as a result of the treaty between Spain and France. It was home of the Army of Africa (aka Moroccan Army Corps), a field army modelled on the French Foreign Legion, formed to fight with local tribes. In the 1920s and 1930s, the Army of Africa participated in several colonial campaigns and was considered the most professional, effective and experienced part of the Spanish armed forces.

On 17th July, one day before the coup began, the Moroccan Army Corps revolted against the Spanish government and took control over the protectorate. Following day, general Francisco Franco arrived to Morocco and assumed command of the Army of Africa.
In the following days, Spain stayed divided between the loyalist and rebel forces. The Army of Africa of approximately 30,000 experienced troops could tip the balance but only after its arrival to Spain. Nevertheless, most of the Spanish naval forces took the side of the government and almost immediately blocked the sea between Morocco and the mainland.

Franco asked for help from Germany and Italy, and was positively responded by Adolf Hitler, the Nazi leader, who not only approved German aircraft to be send to Morocco, but also doubled their number requested by Franco. The rumour is, Hitler´s decision was made during a break he had between attending operas at annual Wagner festival.
Beyond whether that was true or not, on 27th July 1936 the special military body known as Sonderstab W (English: special staff W) was established. It was led by Hermann Göring himself and coordinated by Helmut Wilberg and Erhard Milch.

Immediately after its creation, Sonderstab W began to work on providing military support to Franco and the Nationalists. The initial operation was codenamed Feuerzauber (English: Magic Fire) – the name was borrowed from the third act of the Valkyrie music drama by Richard Wagner (perhaps, there could be some truth in that rumour about making the decision during the Wagner festival).

On 28th July, twenty Junkers Ju 52/3m aircraft, together with six Heinkel He 51 fighters for their close escort purpose, arrived to Morocco. The transport aircraft belonged to Deutsche Luft Hansa airline but were quickly repainted to cover their origin. Starting from the following day, they began with airlifting the Army of Africa to Spanish mainland.
While serving as passenger airliners with Luft Hansa, the Ju 52s were principally seventeen-seat aeroplanes. In order to board as much soldiers as only possible, they were stripped bare inside, so the troops were just sitting on the floor, holding rifles in their hands.

The airlift route covered approximately 210 kilometres from Tétouan, northern Morocco to Seville, the only major Spanish city controlled by the Nationalists. Day after day, the German aircraft were flying back and forth, making as many as four flights per day. The Republican air force, to everyone´s surprise, did not react in any way.
During two following months, the Ju 52s – later being supported by Italian Savoia-Marchetti SM.81 –had carried more than 14,000 soldiers and 500 tons of equipment. News about arrival of the Moroccan Army Corps to Spain mainland made a substantial psychological effect, spreading panic among the Republicans.

At the beginning of August, the Nationalists performed their first successful attempt to break the blockade. Soon, their merchant ships began to cross the Strait of Gibraltar on regular basis, under a cover of Italian and German aircraft. In addition, two German cruisers arrived to the area. Shortly thereafter, the Nationalists ships taken over the task of transferring the Army of Africa to Spain.

Nevertheless, the airlift operation was continued, although with much lesser intensity, until October of 1936.

On 11th March 1993, Airbus A321, being one of the most successful airliners made by the company, performed a maiden flight. The A321 is a member of a popular A320 family of passenger aircraft, produced […]