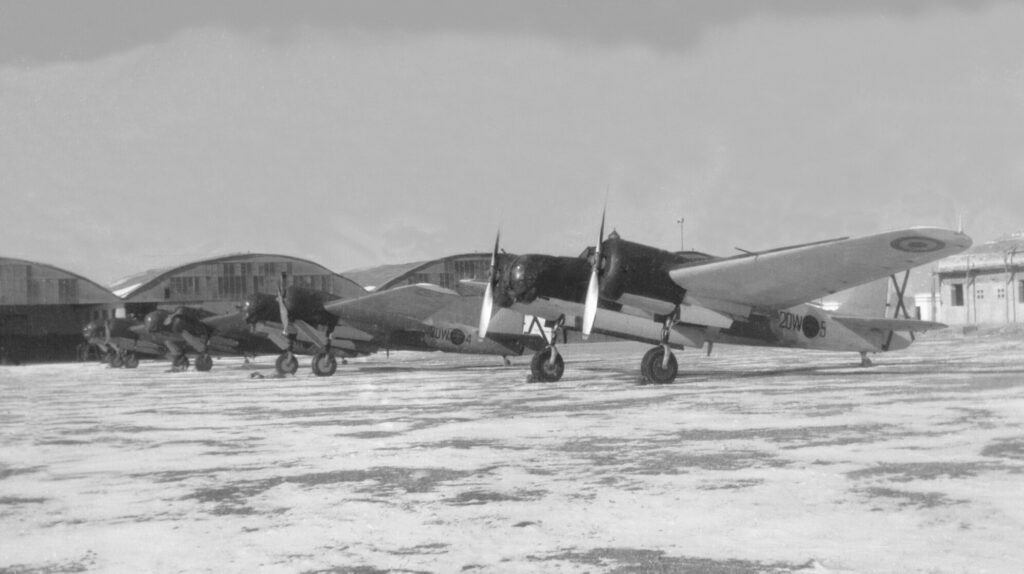 On 29th October 1936 (or 28th October, depending on the source), four Tupolev SB-2 bombers raided Tablada airfield near Sevilla, in support of Republican forces. It was the very first time during the Spanish Civil War, when the Soviet aircraft showed up in combat.

Tupolev ANT-40, later known as the SB-2, performed its maiden flight on 7th October 1934 and shortly thereafter the Soviet authorities approved it for serial production. The first operational aircraft was received by the Soviet Air Force in December of 1935.

When the Spanish Civil War broke out on 17th July 1936, the Soviet authorities have decided to support the Republicans by, among others, sending aircraft for the Spanish Republican Air Force. Despite the fact that the SB-2 was a brand new bomber and only about 50 aircraft of that type were delivered for the Soviet Air Force until July of 1936, it was included among aeroplanes selected for delivery to Spain.

In October of 1936, an initial batch of thirty one SB-2 and their crews arrived to Cartagena, aboard a Soviet merchant vessel. That was an equivalent of a full Soviet squadron, nevertheless in Spain it was divided into three escuadrillas within Grupo 12 of the Spanish Republican Air Force.

Yet on 29th October, four SB-2 bombers took-off from Alcantarilla air base for their first combat mission over Spain. It must be mentioned that the air raid on Tablada was a complete surprise for the Francoists. The Soviet aircraft were so fast that actually no action against them was taken.

The exact date of Tablada raid is varying, depending on the source. According to some authors and historians, the operation took place on 29th October (e.g. José E. Alvarez, The Spanish Foreign Legion in the Spanish Civil War), while others indicate it was held on 28th October (Michael Alpert, Franco and the Condor Legion: The Spanish Civil War in the Air).

In the following days the Soviet bombers continued their air raids on the Francoists. On 30th October and 1st November, several Nationalists´ airfields were bombed and, according to official reports, resulted in destroying of several Italian fighter on the ground.

At the time Katiuska (as the SB-2 was nicknamed by the Republicans) entered the combat in Spain, that fast bomber had virtually ruled the sky as no fighter was able to chase it. Its shortcomings were yet to show up later.

Until the end of the Spanish Civil War, the Republican forces received two more deliveries of the SB-2 bombers, each of thirty one aircraft. Nevertheless, the above mentioned ´Katiuska supremacy´ did not lasted long. In the middle of 1937, the German forces in Spain received a brand new fighter, Messerschmitt Bf 109, that outperformed not only the SB-2 bombers but also any other aeroplane operated by the Spanish Republican Air Force.

A total number of seventy three Katiuskas was lost (including forty combat loses). After the war, the SB-2s that survived the civil war were taken over by the Nationalists and operated until the late 1940s when they were finally scrapped.