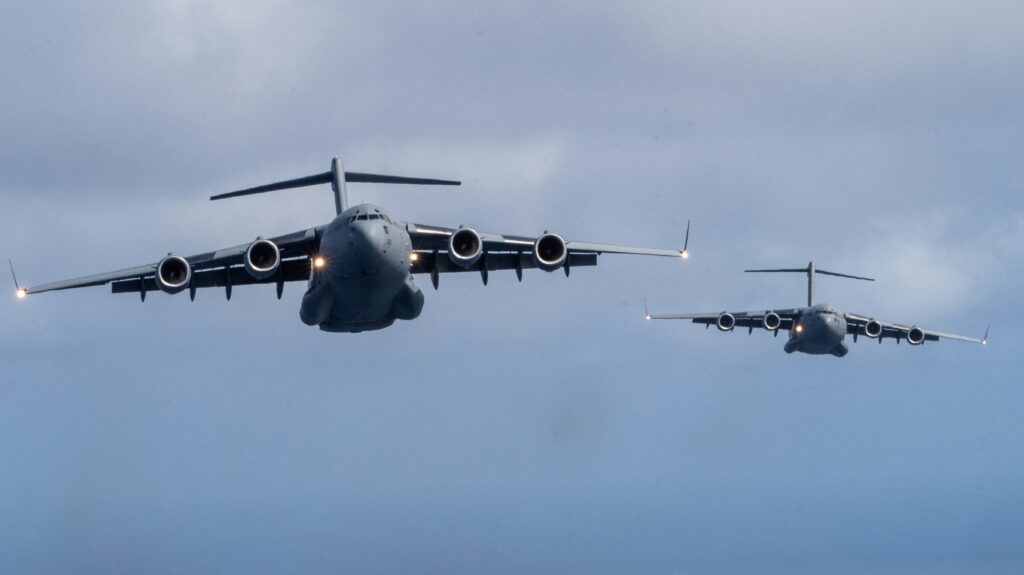 At the beginning of May, the Royal Australian Air Force and the US Air Force concluded a bilateral tactical airlift and airdrop exercise, codenamed Global Dexterity 2022. The training was performed in the Hawaii operational area and involved the 535th Airlift Squadron of the USAF and the No. 36 Squadron of the RAAF – both flying Boeing C-17 Globemaster III aircraft.

The main objective of the Global Dexterity trainings is to strengthen integration between the USAF and RAAF airlift units. During the exercise, crews practise an entire spectrum of operations focused on enhancing their operational resiliency, capability and cooperation. The exercise is a part of the Enhanced Air Cooperation initiative between the RAAF and the USAF, as well as is preformed within the US Force Posture Initiative, aimed to improve interoperability of both nations.

The first exercise from the Global Dexterity series was held back in 2019. During a two-week training organized at RAAF Base Amberley in Queensland, crews of American and Australian C-17 Globemaster III cargo aircraft trained in mixed-nation teams while completing tasks related to maintaining, loading and flying the aircraft. The training also included air-to-air refuelling operations, performed in cooperation with KC-30A Multi-Role Tanker Transport aeroplane of the RAAF.

Next edition of the exercise was initially scheduled for 2020 but was then cancelled due to coronavirus outbreak. Global Dexterity had returned in 2021, however it was held in a very specific formula of a long-distance training.

First of all, a series of teleconferences was organized to coordinate details of the training and familiarize the crews with their tasks. Then, both units were deployed to remote airfields – the 535th Airlift Squadron to Anderson Air Force Base in Guam and the No. 36 Squadron to RAAF Base Scherger (Cape York Peninsula, Queensland).

The last, live-fly stage of the exercise included a long-distance flight of the C-17 aircraft from the abovementioned bases to rendezvous point over the Pacific Ocean. Then, after joining together into formation, the Australian and American airlifters performed a simulated free-fall airdrop over a target area in the western Pacific.

Certainly, that long-distance mission also required use of air tankers, as the participating crews covered approximately 9,000 kilometres and their flight lasted more than eleven hours.

This year´s edition of Global Dexterity was held at Joint Base Pearl Harbor-Hickam, Hawaii. The training included two days of live-fly missions around the Hawaiian Islands, performed on 3rd and 4th May 2022. As usual, the exercise scenario included airdrop tasks, formation flying and air-to-air refuelling. However, this time the RAAF and the USAF aircraft not only flew side-by-side during the training missions but, additionally, both forces swapped their flying crew members in order to learn each other’s procedures and operational techniques.

It should be noted that in 2022 the exercise was enhanced by participation of the 204th Airlift Squadron of the Hawaii Air National Guard, also operating the C-17 Globemaster III airlifters. That allowed to develop cooperation between all three forces – the RAAF, the USAF and the US ANG.

According to the US Department of Defense official releases, Global Dexterity 2022 was designed to prepare all three abovementioned air forces for combined action in wartime, peacetime and humanitarian operations throughout the Indo-Pacific region. And the intended objective of the exercise was successfully achieved.

Cover photo: A U.S. Air Force C-17 Globemaster III flies alongside a Royal Australian Air Force C-17 in formation over the Pacific Ocean as part of Exercise Global Dexterity 2022 at Joint Base Pearl Harbor-Hickam, Hawaii, May 4, 2022. (USAF photo by Airman 1st Class Makensie Cooper)
All photos © U.S. Department of Defence (DoD). US and Australian DoD information materials were used, in compliance with Public Domain licence. The appearance of U.S. Department of Defense visual information does not imply or constitute DoD endorsement.