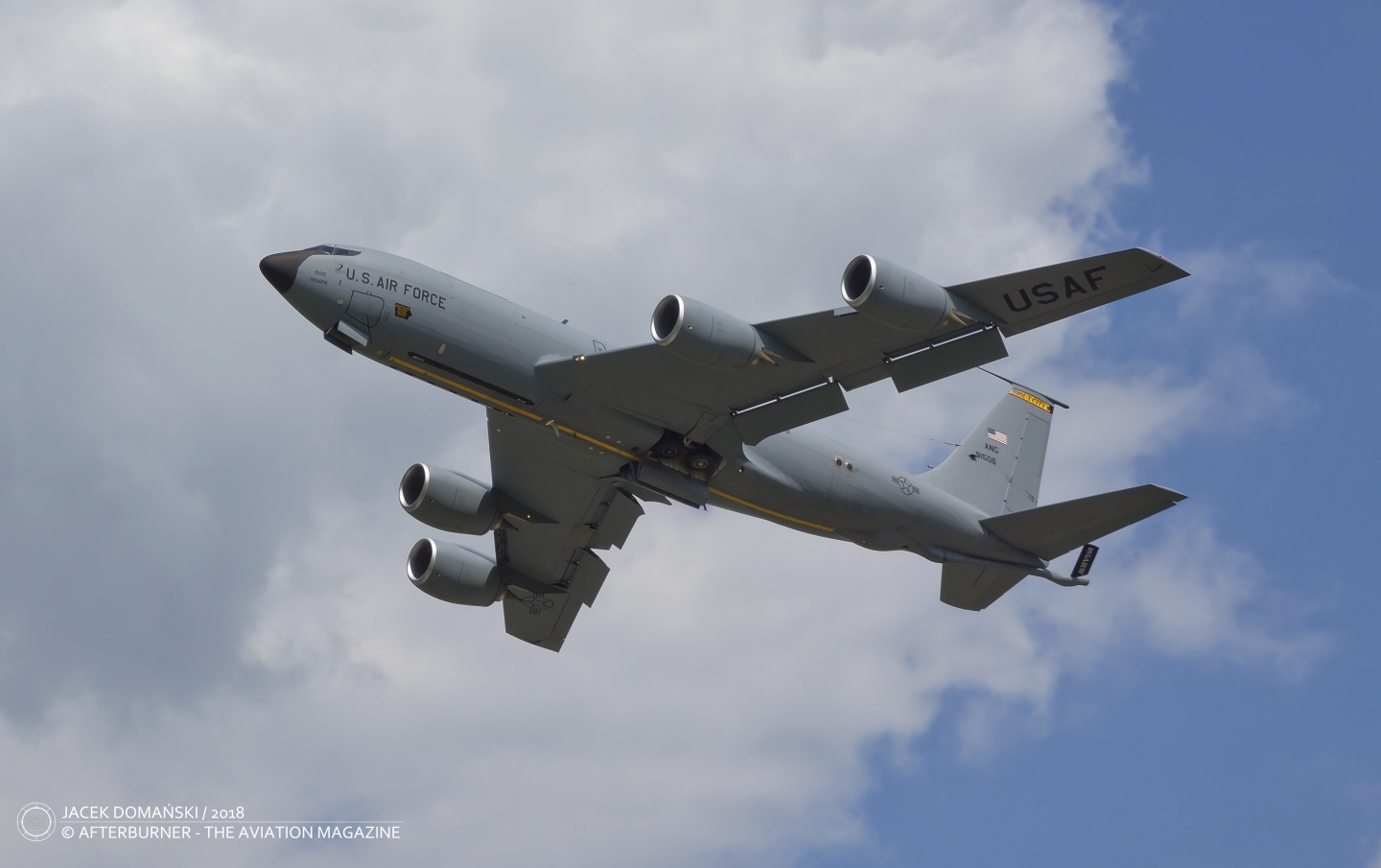 While the tankers were still over the Atlantic Ocean, between Bermuda and Nassau, all contacts were lost. The search and rescue operation was launched and a day later, some debris and oil slicks were found about 480 kilometres west of Bermuda. All eleven crew members (5 from the first and 6 from the second aeroplane) were killed.

As there was a complete lack of evidence, the exact reason of this accident was never found. The most likely hypothesis assumes that both aircraft collided in the air due to downdraft or atmospheric turbulences.

Pictured, for illustrative purposes only, is a KC-135R Stratotanker from Air National Guard, USA