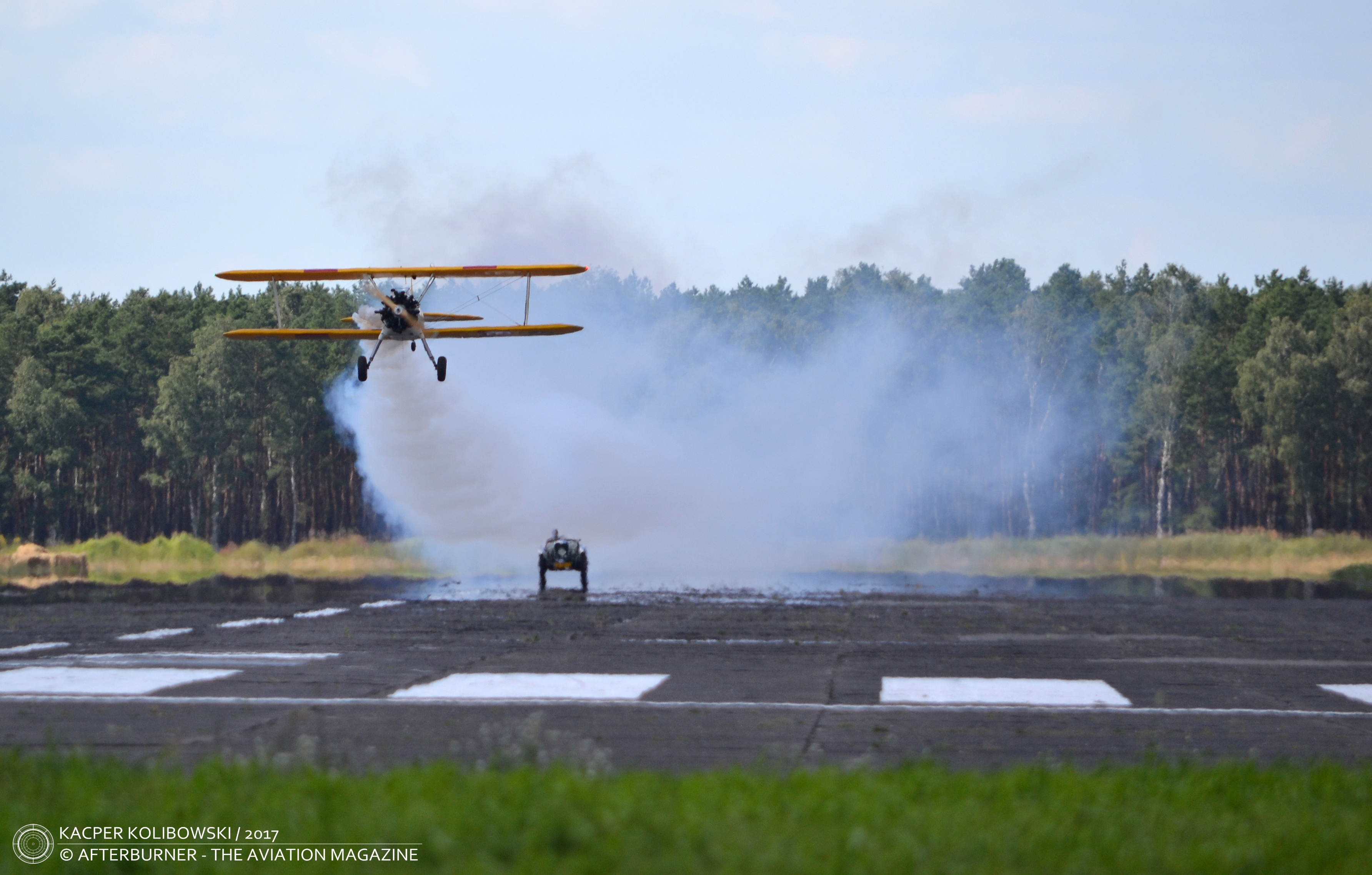 There is no exaggeration in saying that the history of air shows is as long as the history of aviation itself. Those shows, opened to the general public and organized in a form as we know today, have been organized yet since the early 1910s.

And from the very beginning, the purpose of those events was not only to exhibit aeroplanes as such, but also show the marvel of aviation in attractive and entertaining way. Therefore, apart from the usual aerobatic shows, aeroplane displays were combined with stunts, wing-walking and car racing (which, in the meantime, were another rapidly developing novelty of the era).

The abovementioned attractions shortly became common for all aviation events around the world. And having highs and lows of their popularity over the years, the combined displays survived and still can be seen at the air shows. Certainly, the aerobatics is still the most popular, and most wanted, part of each air show schedule, but it seems that the other stunts are experiencing a well-deserved renaissance nowadays.

It was no different in Toruń, the race between N2S-3 Stearman and Riley roadster was one of the biggest attractions of the air show. Especially that, due to the participating vehicles and the general formula of the race, the spectators could feel the vibes of past years and the golden era of aviation. And as it usually happens, the race proved the advantage of aircraft – Stearman and his pilot easily won two trials against the four-wheeled opponent.

Boeing N2S-3 Stearman that participated in the race is the only one of its kind in Poland. This Stearman was built by Boeing Airplane Company in Wichita on 12th March 1941, with serial number 75-1204 and marked as N2S-3 (US Navy variant). According to the official documents that survived, during the World War II this Stearman served in four different US Navy bases: Hutchinson (Kansas), Dallas (Texas), Bunker Hill (Indiana) and Corpus Christi (Texas).

In 1946 this aircraft was transferred to War Assets Administration, managing the surplus military equipment, and offered for sale. Stearman 75-1204 was bought by Desota Flying Service company and converted for agricultural use, receiving a more powerful engine and metal propeller. During the years, the aeroplane changed its owners several times, and finally was bought by Elmer Harmes – the World War II veteran and USAAF pilot, who completed 30 combat missions flying a B-24 bomber and then spent 6 months on Hawaii, flying a P-39 fighter.

When Harmes turned 100 years old, he sold the Stearman to Thomas Newell, who performed a complete restoration of the aircraft in 2009, following the original, historic documentation. A few years later, Stearman 75-1204 was sold again, this time to the Polish owner. Currently, it is the oldest aeroplane flying in Poland and since 2014 it participated in several air shows within the country.