Between 16th and 21st September, at several locations in Russia and other SCO countries, the multinational Strategic Command and Staff Exercise ´Centre-2019´ (Центр-2019) was held. All eight member states of the Shanghai Cooperation Organisation were participating, deploying almost 130,000 of military personnel, 20,000 vehicles and 600 aircraft. 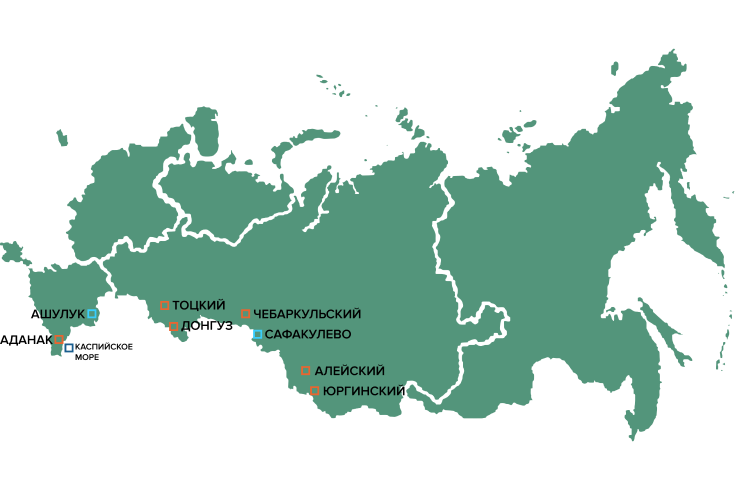 Moreover, a number of tactical tasks was performed at the training grounds located in other participating countries – four locations in Kazakhstan, one in Kyrgyzstan and also the 201st military base in Tajikistan.

In total, approximately 128,000 of military personnel from eight countries – Russia, China, India, Pakistan, Kyrgyzstan, Kazakhstan, Tajikistan and Uzbekistan, participated in the exercise. Another impressive numbers were reported for the military equipment involved: more than 20,000 vehicles (including 250 tanks and 450 armoured carriers), 600 aircraft, 15 ships and 450 artillery systems.

The exercise scenario was divided into two parts, in the first stage it was focused on counter-terrorism tasks, repulsing air attacks, reconnaissance and defensive actions. During the second stage the participating units had to take the initiative and perform actions that lead to destroying the enemy. 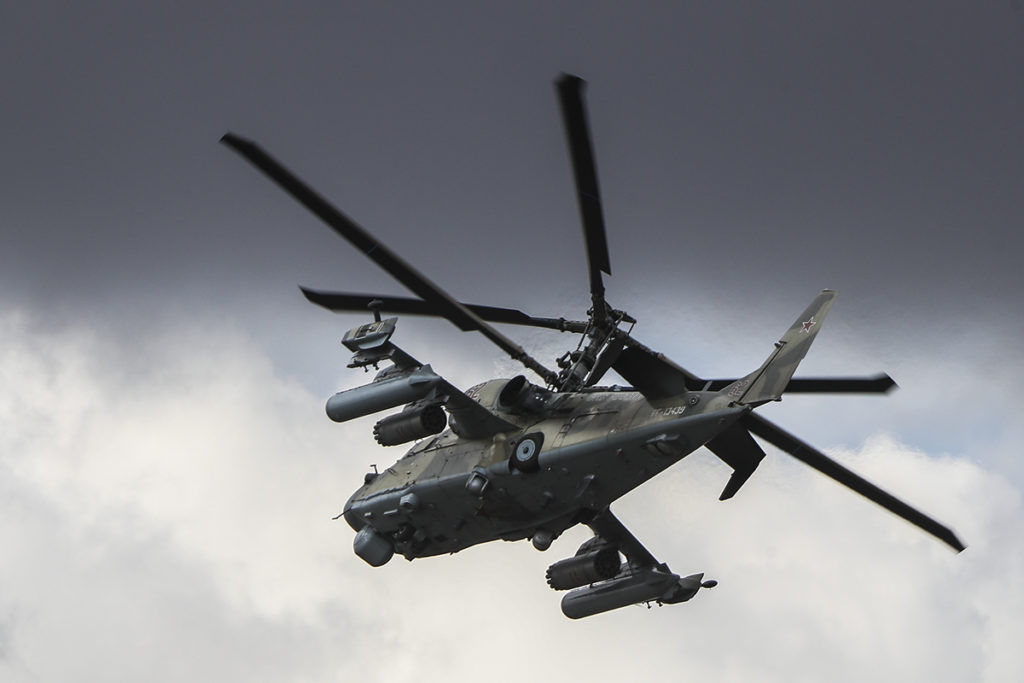 An impressive aviation component of the exercise completed several complexed missions, varying from the long-range air raids, reconnaissance and transport tasks, to the close combat support of the ground troops. Twelve operational airfields in the Altai Territory, Orenburg, Chelyabinsk, Kemerovo and Kurgan Regions were participating in ´Centre-2019´. The real-time aerial data from the training grounds were provided by Su-24MR tactical reconnaissance aircraft.

Because of the massive scale of the exercise, there is no possibility to report all aviation-related tasks from the main scenario, involving either the air force or army aviation components. Nevertheless, some of the missions and operations performed during ´Centre-2019´ are worth noticing here.

One of the main points in the exercise scenario was the airborne assault operation, during which more than 2,000 paratroopers and 200 vehicles landed behind the enemy lines with the goal to capture the enemy airfield. The airborne operation was performed following the 2000-200-20 scheme: 2000 troops, 200 vehicles, dropped in 20 minutes. Seventy one Ilyushin Il-76 aircraft, flying at the speed of 360 kph were dropping the troops and cargo from 600 to 3,000 metres, parallelly to two landing zones. The airspace around the landing zone was secured by Sukhoi Su-35S fighters, that also provided the close escort for the Il-76s. 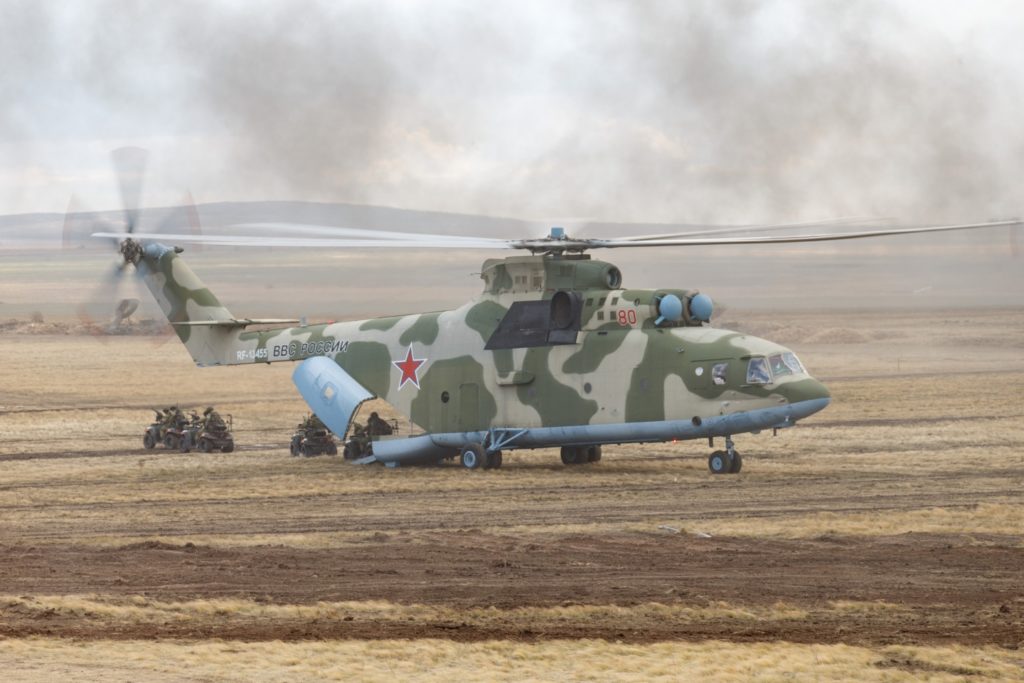 It was reported by the Russian military media, that for the first time in the history of modern Russian army, the entire regiment of the Airborne Forces was dropped in the single operation. And it would mean, that the airborne operation of ´Centre-2019´ was the largest one since 1981 and the ´Zapad-81´ exercise, when approximately 6,000 troops and 325 vehicles were dropped from Il-76, An-12 and An-22 aeroplanes.

During another training mission organized at the Donguz training area, the Russian Tu-22M3 and Chinese Xian H-6 strategic bombers performed the long-range air strike, dropping more than 150 bombs on the areas with concentration of enemy transport and armoured vehicles, dropping more than 150 bombs. The escort duty for the joint bomber formation was provided by MiG-31 heavy fighters. 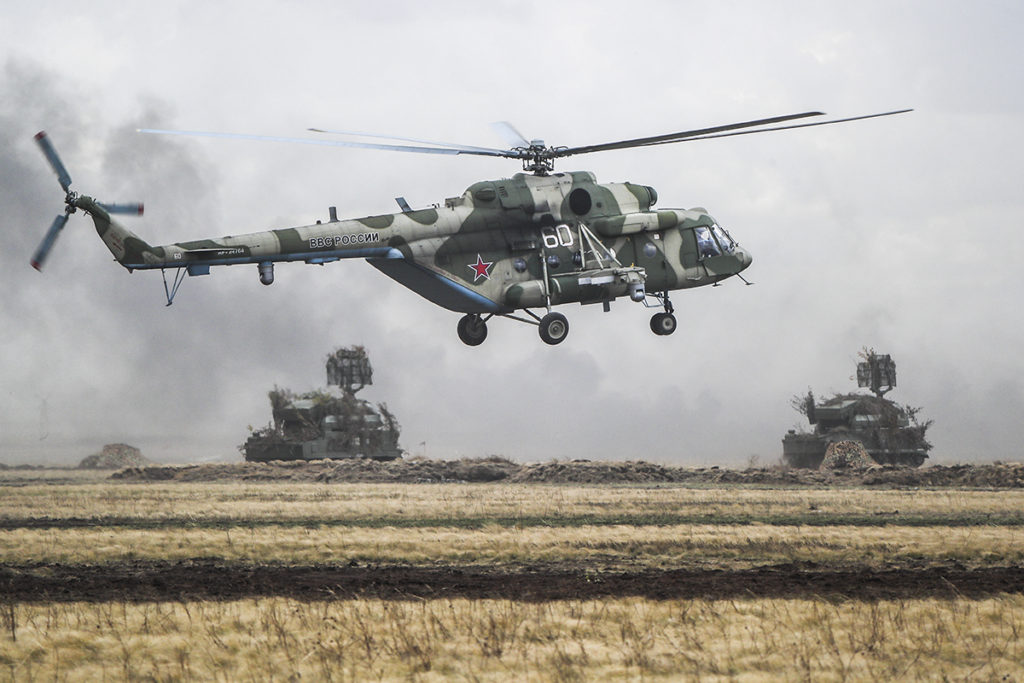 At the same training area, the formation of more than 20 Sukhoi Su-34 fighter-bombers completed the operation of destroying the enemy anti-aircraft systems and related important targets, with the active use of Khibiny (Хибины) electronic countermeasures system. About 300 high-explosive 250kg bombs were dropped during this stage of the exercise.

Interesting fact – even the Antonov An-2 biplane was observed among the participants of ´Centre-2019´. Among several tasks that were assigned to the crews of anti-aircraft weapon system ´Pantsir-S´, there was a training scenario focused on interception of low-flying and low-speed targets. The An-2 crews were acting as the enemy, flying at an altitude of 50 metres and below, with the speed less than 200 kph. Those, already legendary, biplanes fulfilled their assignment brilliantly – the An-2 crews made this particular task extremely difficult to complete, flying in the close combat formation, with minimum intervals and distance.

A significant contribution to the exercise operations was provided by the air force and army aviation helicopters. Their crews completed the low-altitude air reconnaissance missions, supported the ground troops, carried soldiers, equipment and supplies. In addition, four of army aviation helicopters performed the aerial minelaying, using the VSM-1 minelaying system. The crews of Mi-8MTSh helicopters executed external sling load operations, carrying not only UAZ vehicles but also – and for the first time ever – the 122mm D-30 howitzers. 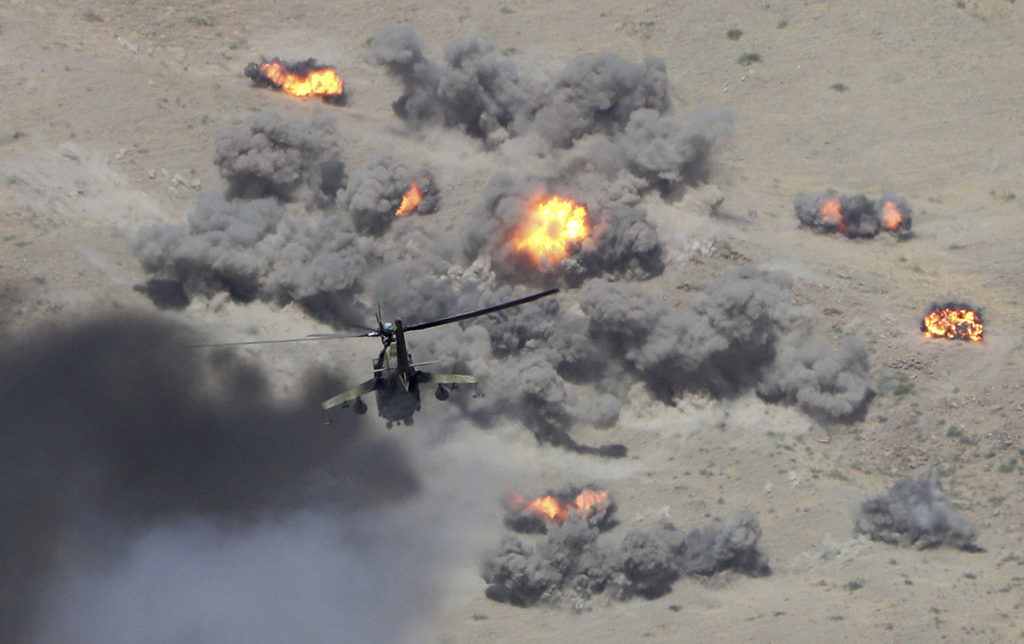 Nowadays the role of UAVs in the live-combat training is becoming increasingly important. It was no different during ´Centre-2019´ exercise, where the UAV crews from the Central Military District had the possibility to apply their experiences they gained in Syria, in the real combat conditions.

´Over 70 percent of UAV crews from the Central Military District had the opportunity to gain experience in Syria. ´ said the District Commander, Colonel General Alexander Lapin, and added: ´The data provided by Eleron and Orlan-10 light aircraft and Forpost heavy UAV included the aerial reconnaissance, providing the information about targets and real-time artillery fire corrections at maximum range.´ Lapin also expressed his confidence in the capability and performance of UAVs in combat and emergency situations, and additionally during the humanitarian missions. 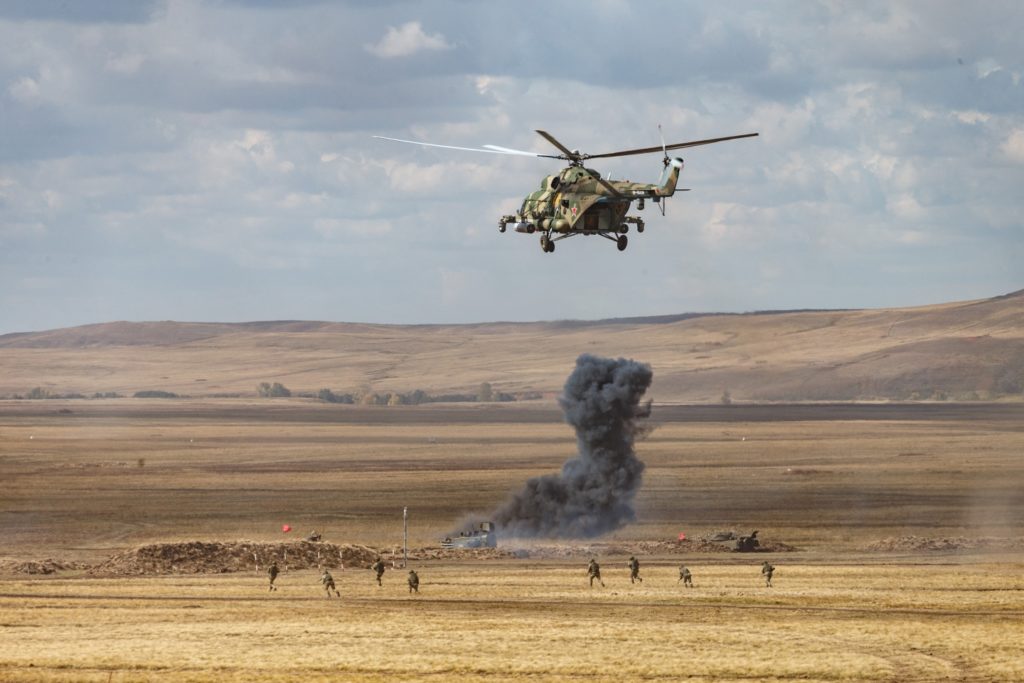 In addition to the missions performed at the central training area, a few other aviation operations, being still a part of ´Centre-2019´, took place in various locations in Russia and other participating countries.

In Tajikistan, within the area of 201st military base, the aviation operations were performed by Russian Mi-24 and Mi-8 helicopters, together with Tajik Air Force L-39s and Mi-24s. Additionally, the aerial reconnaissance and collecting the information about the targets for ´Grad´ rocket systems were provided by Orlan-10 UAVs from the 201st base.

The Collective Rapid Reaction Force from the Kant Air Base (Kyrgyzstan), participated in the exercise with their Su-25 attack aircraft, completing a live-fire training at the Edelweiss mountain range, and supporting the ground forces deployed there.

Another air strike was arranged at Sfakulovo training ground, a formation of Tu-22M3 bombers and then Su-34s from the Central Military District performed there a live-fire air strike on ground targets – armoured vehicles, fortifications and the command posts, using the 250 and 500kg bombs.

At the training area in Dagestan, marine troops from the Caspian Flotilla, supported by the aviation units from the 4th Air Force Army, landed on the Caspian Sea beach and secured the area for the main naval group. The marines reached their target destination aboard Mi-8AMTSh ´Terminator´ armoured assault helicopters, and the landing force was supported by Mi-24 attack helicopters. 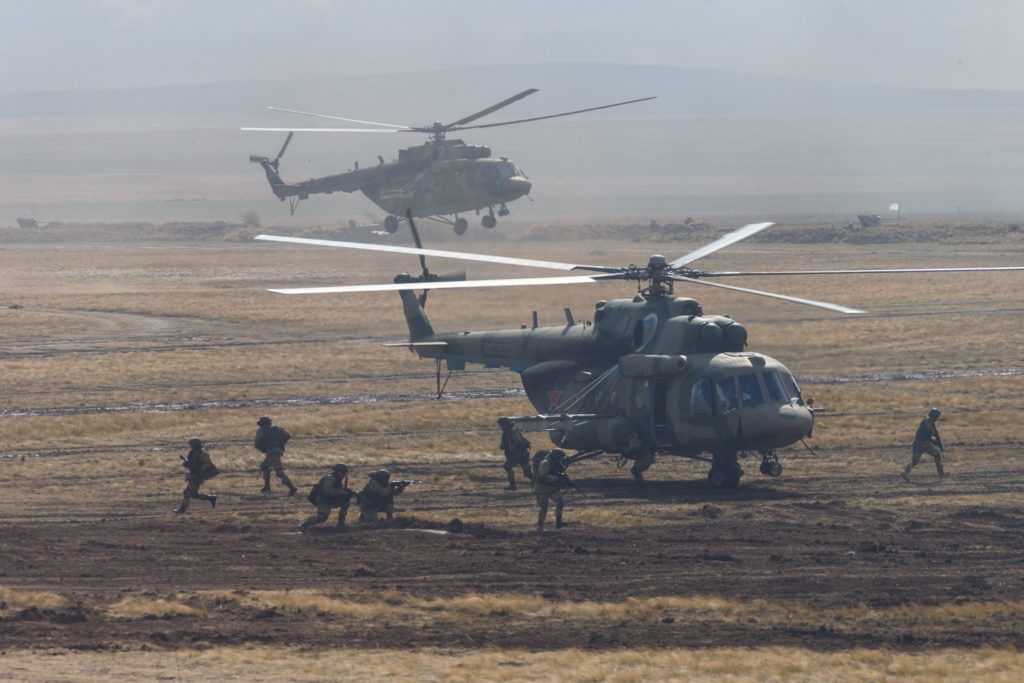 Finally, the air defence exercise held by the Central Military District, should be also mentioned. With the participation of more than 50 aircraft (from An-2 biplanes, An-26 transport aircraft, then Mi-8 and Ka-52 helicopters, to Su-35S and MiG-31 jet fighters), the effectivity and the level of training of the air defence in the District was checked. The aircraft crews were assigned the task to fly through the duty zones of the particular air defence units, both day-time and night-time, staying unnoticed by the radar stations and air defence posts. In order to ensure the highest effectivity of the training, the aircraft approached the defence zones from different directions, at different altitude and speed – including the ultra-low altitude flights, identification systems turned off and using the electronic countermeasure systems.

The Donguz training area was visited by Russian president, Vladimir Putin and Sooronbay Jeenbekov, the President of Kyrgyzstan, who also observed the live-fly part of the exercise. In addition, the main training area and other ´Centre-2019´ locations were visited by highest Russian military officials, including Minister of Defence Sergey Shoigu, Chief of the General Staff Valery Gerasimov, Deputy Minister of Defence Yunus-Bek Yevkurov; and also by the several official military delegations from the Shanghai Cooperation Organisation countries. 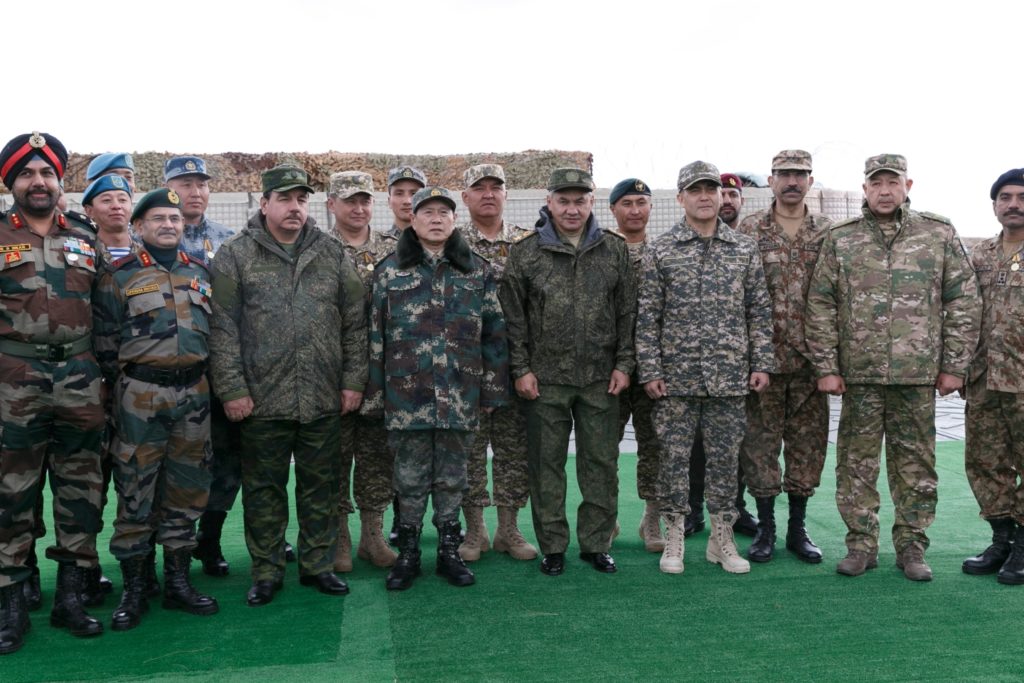