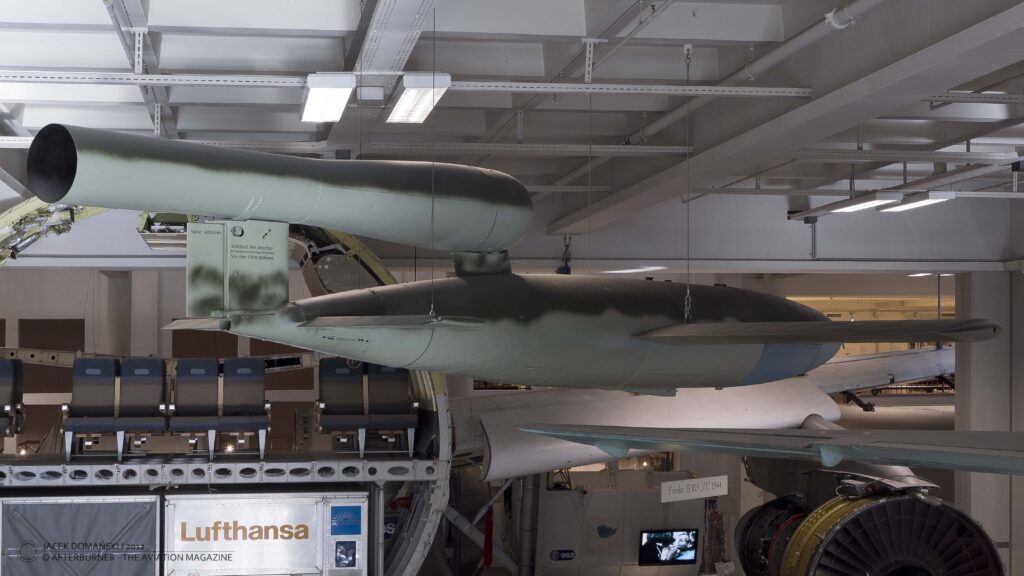 The idea of an unmanned aircraft able to strike on remote targets is virtually as old as aviation itself. Already in 1849, during the First Italian War of Independence, the Austrians besieging Venice launched the first unmanned air raid in history. Approximately 200 balloons, each carrying an eleven to fourteen kilogram incendiary bomb, were released from land and sea.

Those bombs were intended to drop automatically over the Italian city and the right time was determined by a time fuse. Nevertheless, due to wind changes, most of the balloons missed their target and some of them even drifted back over the Austrian positions. As reported, only one bomb hit the target but there is no information about any damages it caused.

Then, there was a Hewitt-Sperry Automatic Airplane, developed in the 1910s by Elmer Sperry and Peter Cooper Hewitt for the United States Navy. The project was focused on building an unmanned aircraft able to carry some explosives to its target. As Sperry and Hewitt used both gyroscopes and radio control in their prototypes, the Hewitt-Sperry unmanned aircraft are usually considered as a predecessor of a flying bomb and even a cruise missile.

Within a framework of that project, Sperry and Hewitt build thirteen different prototypes, based on Curtiss Model N aeroplanes and performed more than one hundred test flights. Regrettably, their project was closed by the Navy with the end of the Great War.

Works on other projects of flying bombs were carried out also in the interwar period. Among them there was a prototype evaluated by Witteman and Lewis, in which gyrostabilizers designed by Norton were used. And in 1935, the first design powered by pulse-jet engine appeared, created in Germany by Paul Schmidt and Georg Hans Madelung.

German development of unmanned aircraft gained momentum upon the outbreak of the World War II. In October of 1939, the Argus company introduced an idea of Fernfeuer (English: distant fire) brought by Schmidt and Fritz Gosslau. It had to be a remote-controlled unmanned aircraft, able to carry a payload of 1,000 kg and return to base after attack on target. Finally, in February of 1942, Gosslau and Robert Lusser (who at that time worked for the Fieseler company) drafted a design of a small, unmanned aircraft powered by a pulse-jet engine, mounted above its tail. The predecessor of the V-1 flying bomb was born.

According to its creators, the flying bomb should be able to fly a distance of up to 300 kilometres at an average speed of 700 kph, with a payload of approximately 500 kilogram. Such characteristics attracted attention of Reichsluftfahrtministerium (Reich Aviation Ministry – RLM), and the project was approved for further development on 19th June 1942. The flying bomb received a cover name Flakzielgerät 76 (target drone system), although it was officially designated as Fieseler Fi 103.

The RLM had assigned engine development to Argus, fuselage of the flying bomb had to be designed by Fieseler and its guidance system by Askania. The first flight of the new aircraft took place on 10th December 1942, when the Fi 103 was dropped from a Focke-Wulf FW 200 ´Condor´ aeroplane. On 26th May 1943, the flying bomb was approved for serial production.

Nevertheless, usual tensions among the Third Reich authorities, constant change of already approved plans and switching production focus from one item to another, caused a significant delay in operational introduction of the new weapon. The serial production of the Fi 103 started almost a year since the official approval – and for the first time the flying bomb was used only on 12th June 1944, within an Operation Eisbär. However, it was reported that none of the Fi 103s launched on that day reached England and only four were able to do so next day. The first successful attack was performed during the night of 15/16 June, when 73 flying bombs reached London and other 53 hit their targets in Portsmouth and Southampton.

Nevertheless, after an initial shock, the British have organized a very effective defence against the V-1s that included barrage balloons, anti-aircraft artillery and fighter aircraft patrols. The latter were carried out by aeroplanes such as Hawker Tempest or Gloster Meteor, still able to intercept the flying bomb despite its cruise speed of approximately 640 kph. According to John Christopher´s book The Race for Hitler’s X-Planes, starting August 1944 as much as 80% of the flying bombs were being successfully destroyed before they were able to reach their targets in the UK.

Due to short operational range of approximately 250 kilometres, the Fi 103 could be launched only from a small area in Pas-de-Calais region. And for that reason the launch sites quickly became one of priority targets for the Allied aviation.

As a consequence, effectiveness of the German flying bomb was rather psychological. There were not enough launch sites nor the V-1s built to achieve any tactical or strategical success. Nevertheless, the German propaganda consistently exaggerated their impact on the British and war effort on the Western Front.

Approximately 10,000 of Fi 103 unmanned aircraft were launched against the UK, 2,419 of them reached England, killing approximately 6,000 people and injuring another 18,000 – as officially reported by the Ministry of Home Security. About 2,000 V-1s were fired at Antwerp between October 1944 and March 1945, in an unsuccessful attempt to prevent the Allied forces to use a harbour there. Due to quick change of the front line and lack of big-area – and valuable enough – targets, no flying bombs were used operationally at the Eastern Front.

In conclusion it should be added that the Fieseler Fi 103 is one of the weapons that received uncountable number of official designations and nicknames. It was designed under a code name Kirshkern (English: cherry stone), then officially named Vergeltungswaffe 1 (Vengeance Weapon no. 1) in June of 1944, while the German soldiers commonly used terms as Maikäfer or Krähe (English: may bug / crow). Other nicknames included Flügelbombe (English: grand piano bomb) or orgelnder Komet (English: roaring comet, comet with a sound of organ). The Allies nicknamed it ´buzz bomb´ or ´doodlebug´, while the RAF pilots commonly used the term ´robot´ or ´robot-bomb´.

Already shortly after its creation, the post-World War II German naval aviation (Marineflieger), started to play a significant role within the NATO structure in Northern Europe. Officially established in 1956, the naval aviation arm of […]