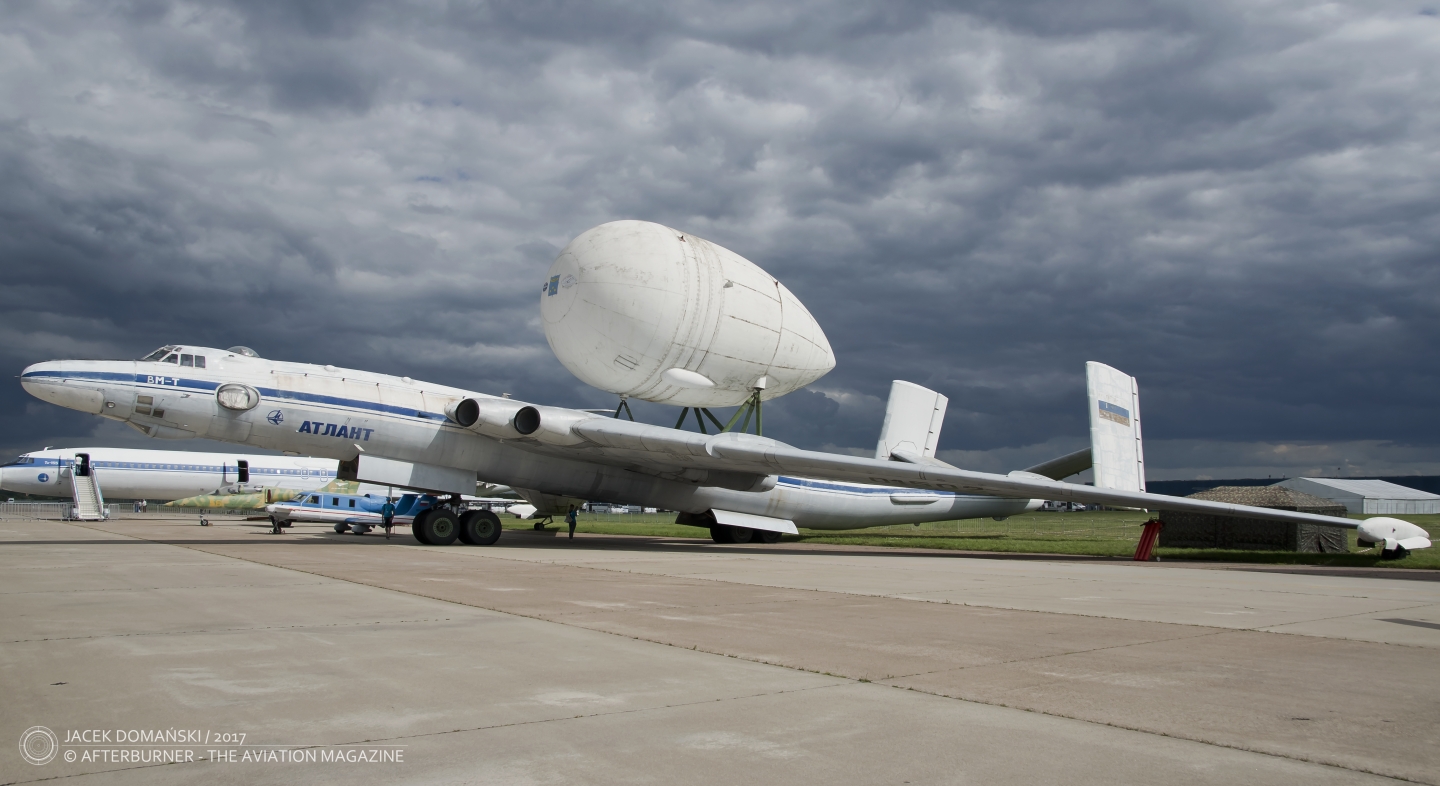 Myasishchev M-4 Молот (´hammer´ in Russian), NATO reporting name ´Bison´, was a four-engine strategic bomber designed by V. M. Myasishchev in early 1950s. This aircraft, theoretically allowing the Soviet Union to perform a nuclear strike on the USA territory, was considered by the American civilian and military authorities as one of the most dangerous weapon of the USSR at that time.

This concern was just a one step from ´Bomber Gap´ belief, skilfully created by the Soviet Union between 1954 and 1956. The following estimation that approximately 800 ´Bisons´ would be in Long-Range Aviation inventory until 1960, was one of the biggest worries of NATO military officials. And, despite being officially disproved in 1960, this belief was still living in rumours for many years.

In reality, M-4 capabilities were not such successful as estimated and could not cause any threat to the American territory. Myasishchev, aware of this fact, shortly after proposed a deep modernization of M-4, designed 3M (NATO reporting name ´Bison-B´). The upgraded strategic bomber was introduced in 1956 and was powered by new engines, had its aerodynamic characteristic improved and also modernized equipment. This radical re-development extended both range and capabilities of Myasishchev´s strategic bomber.

3M were also used by the Soviet Navy, as a long-range maritime patrol and reconnaissance aeroplane. Many of them were, at the end of their operational service as strategic bomber, converted to air tankers.

VM-T ´Atlant´ was designed at the beginning of 1980s, in response to Soviet aerospace programme needs. Two new space programmes, Energia and Buran, were launched recently and required the whole sections of both spacecraft and other bulk loads to be airlifted to Baikonur cosmodrome.

Myasishchev Experimental Design Bureau converted three 3M aircraft for the airlifter, tailored to carry those bulk spacecraft load on upper fuselage. The first aeroplane was sent to Central Aerohydrodynamic Institute (Центральный аэрогидродинамический институт – ЦАГИ) for testing, and two ´Atlants´ were in operational service between 1982 and 1990, together performing more than 150 cargo flights to Baikonur.

VM-T was also able to carry the entire central section of Energia space rocket and the complete Buran space shuttle and performed a few flights with such loads. However, this was considered as a temporary solution by the time An-225 Mriya became operational in 1989.

With the end of Soviet space programme both aircraft were long-time stored and survived until today. One of them is now exhibited near Ryazan, at 360th Aviation Overhaul Plant, where the small museum of Long-Range Aviation was established.

The second ´Atlant´ is located in Zhukovsky, at V. M. Myasishchev Experimental Design Bureau area – this aeroplane is regularly exhibited during the bi-annual International Aviation and Space Salon, at the historic aircraft static exhibition.