The Rostec State Corporation recently released that the program for upgrading the South Korean fleet of multipurpose Ka-32 helicopter fleet would be presented during the ADEX 2019 – Seoul International Aerospace and Defence Exhibition, held between 15th and 20th October. The offer will be presented through the official dealer of Russian Helicopters company, RH Focus Corp.

South Korea is one of the most important foreign operators of Ka-32 rotorcrafts. The Russian-made helicopters are used by the state agencies – Korean Coast Guard (8 aircraft) and Korean Forest Service (27 aircraft), and cover the variety of tasks, from firefighting to SAR operations and off-shore patrols. The Ka-32s are also used by the commercial companies, operating as the ´flying cranes´ for construction and installation works. Additionally, the Korean Air Force operates 8 military Ka-27 variant helicopters for CSAR duties. 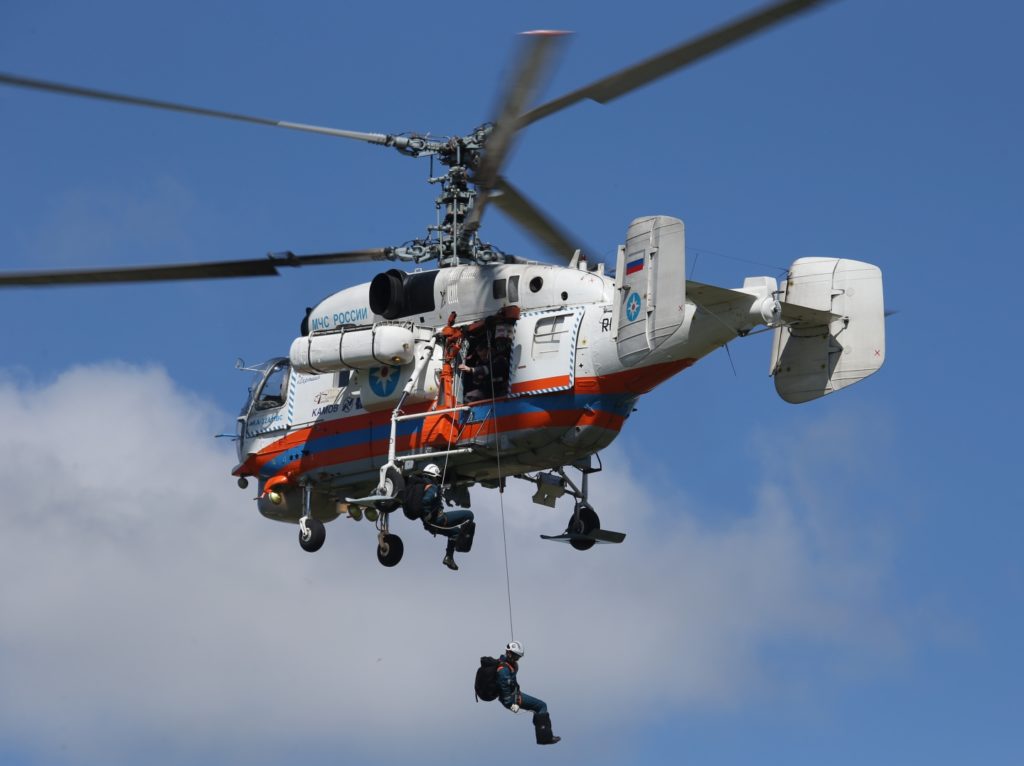 Kamov Ka-32A11BC operated by the Ministry of Emergency Situations

´Most of the Russian helicopters operating including KFS  in South Korea are the aged ones that have been in operation since the mid-1990s. The upgrade to apply the latest items and technologies that we will introduce at Seoul ADEX 2019 will further improve the performances of existing helicopters, which will maximize efficiency much more economically than new purchase. Through this ADEX 2019 I would like to let the customers know the excellence of helicopter performance when the state-of-the-art avionics equipment to be presented this time is combined with coaxial rotor of Ka-32.´ said Soo Un Kim, the CEO of RH Focus Corp.

The upgrade programme for the South Korean Ka-32s includes equipping the helicopter with a ‘glass cockpit’, more powerful VK-2500PS-02 engines and a new firefighting system. The modernized version of the helicopter was indexed as Ka-32A11M.

The technical solutions in the avionics of the Ka-32A11M helicopter have already been tested on the civil multipurpose helicopters Ansat, Mi-38 and Ka-62. Compared to its foreign counterparts, the new SP-32 water tank made in Russia has a more attractive price and can carry up to four tonnes of water. It also has digital control and upgraded water intake and discharge ergonomics. In addition, it can be operated at sub-zero temperatures. 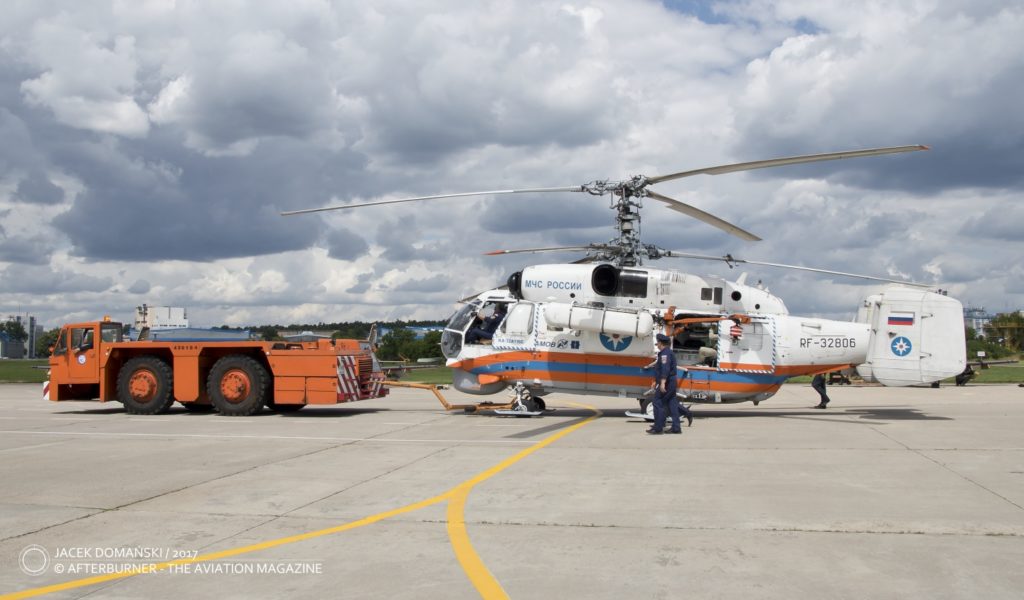 Kamov Ka-32A11BC, operated by the Ministry of Emergency Situations

´This exhibition is especially important for Rostec’s Aviation cluster, as we start cooperation in a new format: for the first time Russian Helicopters products are shown on the exposition of our official dealer RH Focus Corp. We have cooperated with this company in the sphere of after-sales service, and both our firms have benefited from this. There was a good reason why the upgraded Ka-32 helicopter has been selected for our joint exposition: a fleet of these rotorcrafts in Korea is fairly large, and they have proved their efficiency in terms of transporting cargo, search and rescue operations and firefighting,´ said Director General of Russian Helicopters holding company, Andrey Boginsky.

Along with Ka-32A11M Rostec holding will also show at ADEX-2019 the medium multipurpose Mi-171A2 and the light multipurpose Ka-226T and Ansat helicopters. The exposition was organized by RH Focus Corp., the official Russian Helicopters dealer in South Korea.

Kamov Ka-32 is the all-weather civilian helicopter Ka-32 with coaxial rotors. The aircraft is operated in more than 30 countries and more than 240 helicopters of this type were already built. The coaxial rotor scheme provides the helicopter with a range of important stabilization and manoeuvrability advantages, especially in relation to firefighting. The configuration of the Ka-32A11BC serial equipment offers more than 100 possible options. 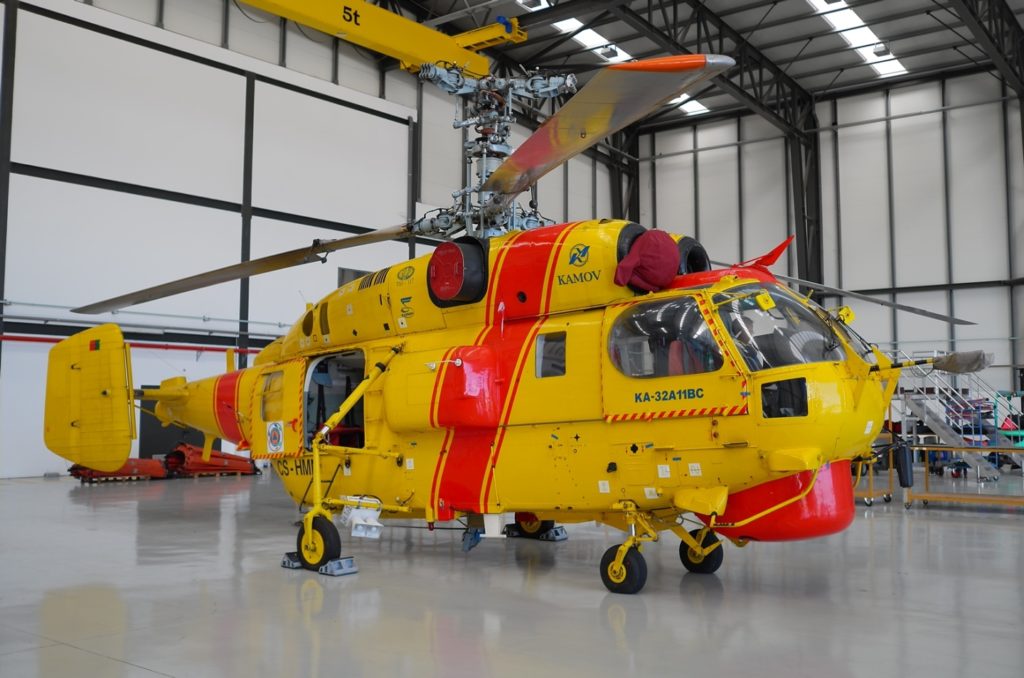