Russian Helicopters Holding Company is currently showing their multi-purpose Ansat helicopters for the first time in Europe at the 53th International Paris Air Show, held in the French capital between 17th -23rd June. Ansat is shown in both its medical and VIP transport variants.

Ansat helicopters manufactured by the Kazan Helicopter Plant is not only displayed at the static exposition, but also takes part in the flight programme of the air show. Both helicopters have been painted specifically for the Paris Air Show with a colour scheme representing both the Russian and French flags. The fuselage of each helicopter comes with a curly gymnastic ribbon, symbolizing the beauty and harmony of the flight of rotorcrafts. The grace of Russian Ansats is emphasized by the athletes from the Tatarstan national rhythmic gymnastics team, who are performing an artistic programme during the day at the static exposition of Russian Helicopters. 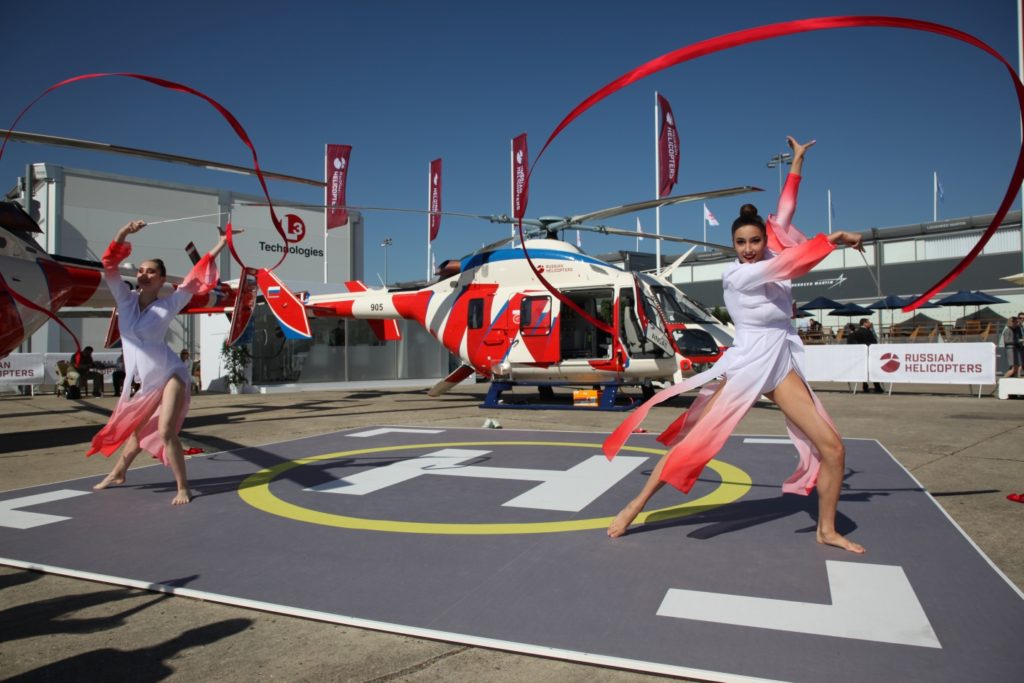 ´The European premiere of Ansat is especially important for us, as it will demonstrate our competence in the field of civilian helicopter building at one of the most prestigious air shows in the world. The holding pays great attention to the development of this segment. We managed to increase the share of civilian helicopters in our total output from 5% in 2014 to 40% in 2018. We plan to continue moving in this direction in order to reach the figure of more than 50% in 2020. ´ said Director General of Russian Helicopters Andrey Boginsky.

It is remarkable that the last time Russian-made civil rotorcraft participated in Paris Air Show was 30 years ago, at 1989, when Mi-17-1VA ‘Ambulatory‘, which is also an EMS-helicopter, was demonstrated at Le Bourget. 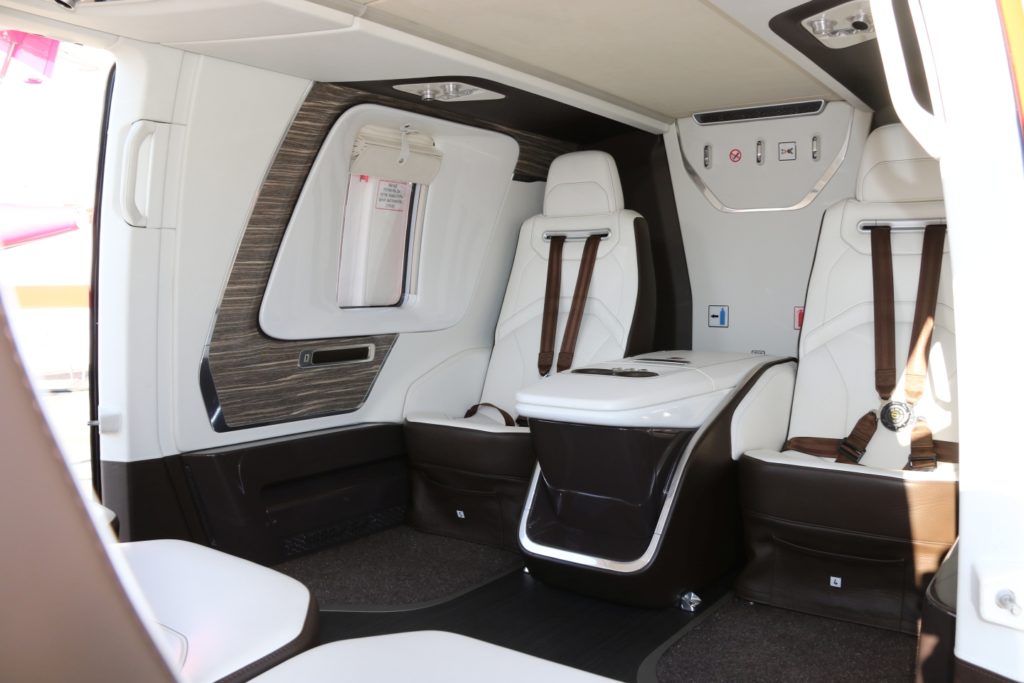 The medical Ansat presented at the air show this year will be equipped with a certified Austrian-made medical module that meets all international air ambulance standards.

Ansat was released to the international markets in 2018: at the Airshow China Russian Helicopters signed a contract for delivery of 20 helicopters of this type to the Chinese Emergency and Disaster Relief Association during 2019-2020. Ansats will be delivered to the client in a multipurpose configuration and the validation of the Chinese type certificate for this helicopter is currently being finalized.

Moreover, an Ansat equipped for passenger transport will be delivered for the Mexican company Craft Avia Centre by 2020. After a demonstration tour to China, Vietnam, Cambodia, Thailand and Malaysia at the end of 2018, negotiations with potential customers from the Southeast Asia region are proceeding. 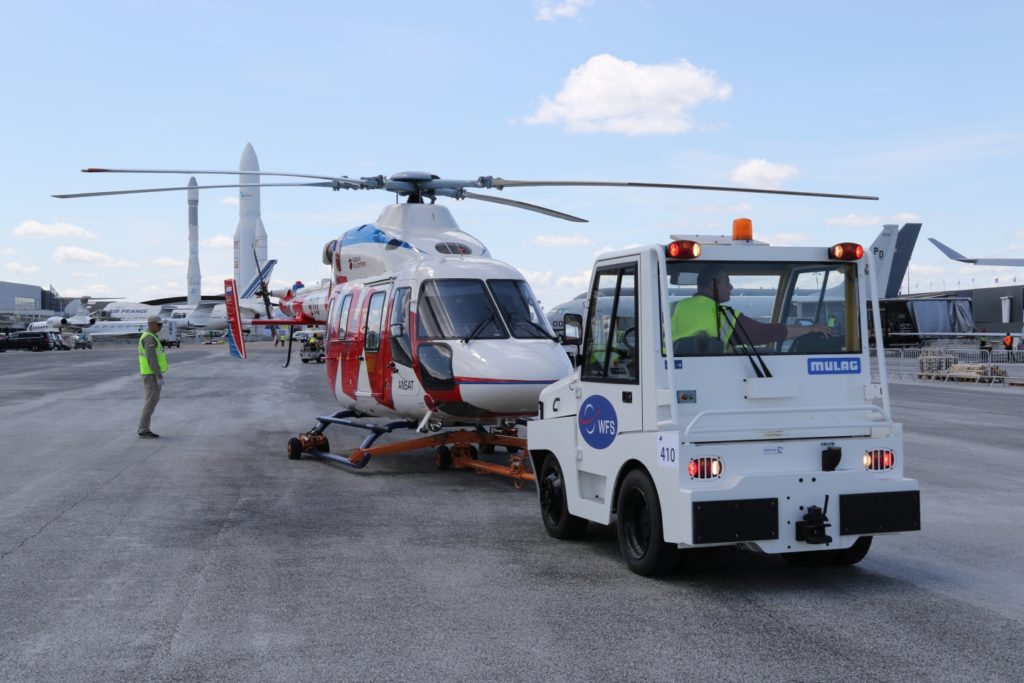 The light multi-purpose helicopter Ansat, which has the largest cabin within its class, is actively used by the Russian air medical services. This twin-engine helicopter has compact size and does not require a large landing area. It can also be used for normal passenger and VIP transport, cargo delivery and environmental monitoring. High-altitude tests of Ansat have been successfully completed, which confirmed the possibility of its use in mountainous terrain at altitudes up to 3,500 meters. The helicopter can be operated in a temperature range between -45 and +50 degrees of Celsius. Its significant advantage is the possibility of storage out of the hangar and low cost of operation.

The international air show in Le Bourget is one of the largest and oldest air shows in the world. It takes place every two years at the Le Bourget airport, 12 kilometers from Paris. Russia is a regular participant of the show – the first Russian aircraft presented in France was the Tupolev ANT-35 in 1936. In 1965, the Soviet Union showed the Mi-6, Mi-8 and Mi-10 helicopters for the first time at Paris Air Show.