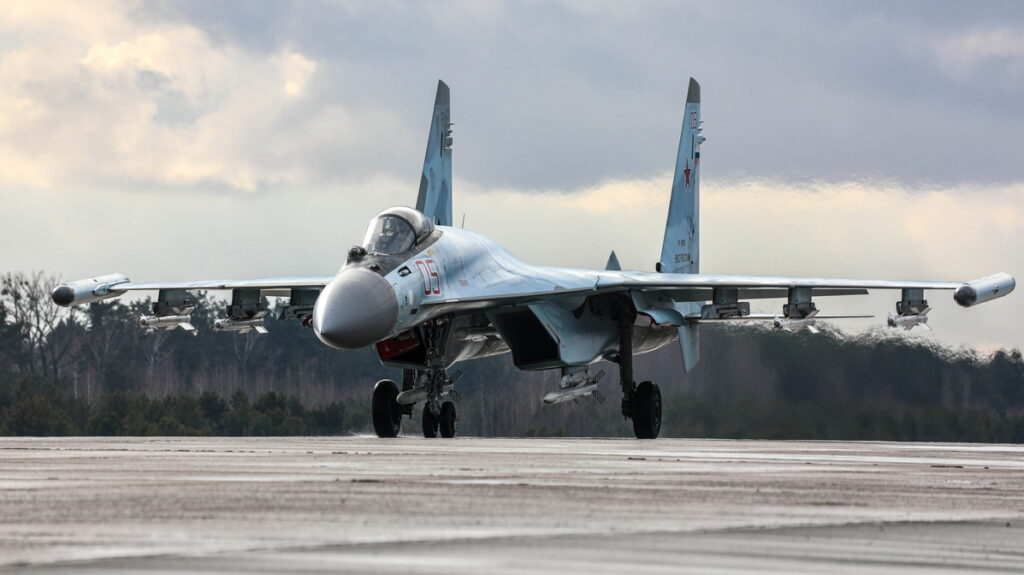 Union Courage 2022 (Союзная решимость-2022) – a joint tactical exercise of Russian and Belarusian armed forces – is one of the most frequently talked-about events in the world right now. As it often happens, the reasons are purely political and the exercise is linked by many with a threat of possible huge-scale military operation to be performed at any time by the Russian armed forces.

Nevertheless, and leaving aside all that political speculations, let´s take a short look at the exercise itself, certainly focusing on its aviation component and operations.

The joint tactical exercise Union Courage 2022 is being held between 10th and 20th February, on the territory of the Republic of Belarus. The main objective of the training is to verify the status of readiness of the Union State of Russia and Belarus armed forces (a supranational organization of those two countries, focused inter alia on integration of their defence policy). According to the Russian Ministry of Defence, combat scenarios trained during the exercise are focused on performing a complex defensive operation aiming at supressing and repelling aggression from external forces, including terrorist groups, and therefore protecting the area and interest of the Union State.

The exercise was preceded by a so-called redeployment stage, focused on creating and transferring combat groups from all Russian military districts to Belarus. This initial phase was completed until 9th February.

Among the combat missions trained during the Union Courage 2022 exercise, there are protection of state border to prevent it from being infiltrated by hostile forces of armed militia groups, defining and blocking weapon and ammunition delivery channels, search for illegal armed formations and reconnaissance teams of a mock enemy, as well as destroying them eventually.

Aviation component participating in the exercise is based at four Belarusian airfields: Baranovichi, Luninets, Lida and Machulishchy. On 9th February, aircraft of the Eastern Military District launched their transfer to abovementioned locations. Among them, there were Su-35S multirole fighters deployed from their home base in the Khabarovsk area – they had covered a distance of approximately eight thousand kilometres, with two stopovers made at the territory of the Central Military District.

That long-distance flight was in fact planned as one of training missions being a part of Union Courage 2022. It focused on performance of long, non-stop flights, executed in different weather conditions. After arrival to Belarus, the pilots completed a set of reconnaissance flights to familiarize themselves with the countryside and the Belarusian airspace. Then, the Russian fighters were assigned the task of air defence over the exercise area.

A live-fire aviation exercise was held at Brestsky training ground. It included participation of both Russian and Belarusian air force units and ground support aircraft such as Yak-130 and Su-25, as well as airborne troops, reconnaissance and combat UAVs. The exercise was attended and observed by the MoDs of both countries.

In order to strengthen integration between aircrews, joint aerial patrols over the Belarusian state border are scheduled during the exercise. The flights are being performed by Russian and Belarusian Su-30SM fighters, flying in mixed formations at average altitude of 8,000 metres and with speed of 750 km/h.

At the initial stage of the exercise, two long-range Tu-22M3 strategic bombers were deployed twice to Belarusian airspace. Each time, the aircraft performed a four-hour flight over the country, with close escort of Su-35S and Su-30SM aircraft of the Russian and Belarusian air forces.

Last but not least, also an intercept mission was trained during the Union Courage 2022 exercise. The Russian fighters were assigned the task to find and identify aircraft that violated the Belarusian airspace. After intercepting the unknown aircraft, the Su-35S pilots had to force the violators to land at the nearest airfield, the Baranovichi airbase. Role of the mock intruder was played by Belarusian Su-30SM fighters.

Apart from the abovementioned combat aviation component, a large deployment of Russian Army Aviation is involved in the exercise. It includes a variety of combat, transport and multipurpose helicopters, such as Mi-8 or Mi-26.

Kazan Helicopters, being a part of the Russian Helicopters holding company, has received a positive qualification of Ansat helicopter training simulator compatibility with international standards. The evaluation was done by the Central Aerohydrodynamic Institute named […]

Winter training of the anti-tank squadron

On 28th October, the Russian Army Aviation (AA) celebrated its 72nd anniversary. On this occasion, several official celebrations were observed around the country, as well as the dedicated live-fly trainings. The history of Russian (then […]