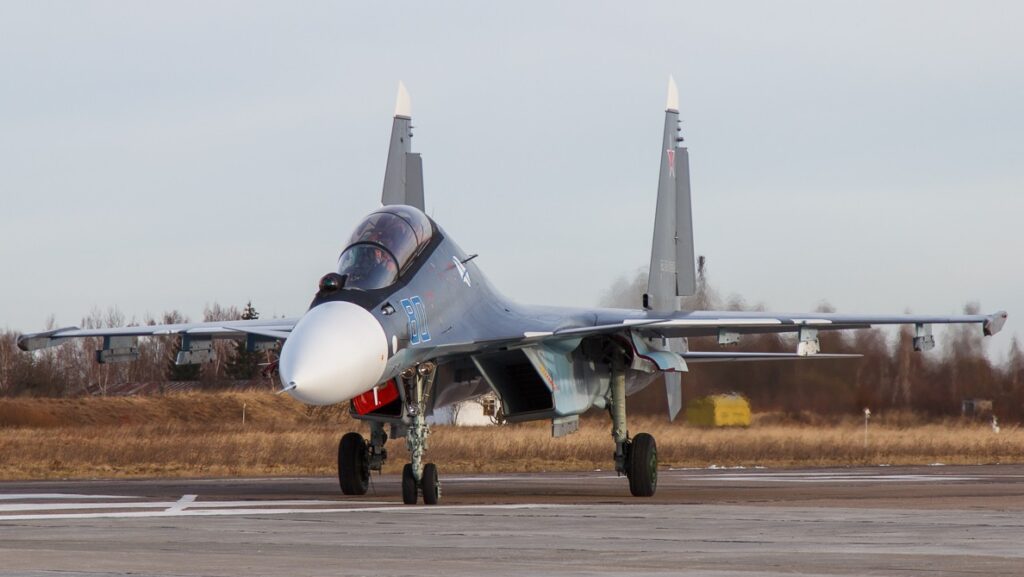 Last week, the naval aviation component of the Baltic Fleet received four modernized Sukhoi Su-30SM2 fighters. The aircraft were handed over to the fleet at their manufacturing plant in Irkutsk and then made a multi-kilometre flight to their new home in the Kaliningrad region.

All new fighters were assigned to the mixed aviation regiment of the Russian Baltic Fleet, stationing at Chernyakhovsk air base. After their arrival, the aircraft were officially introduced into the regiment through a solemn ceremony, with participation of high-rank officers of the Baltic Fleet naval aviation command and personnel of the air base.

The mixed and fighter aviation regiments of the Baltic Fleet were re-established at the beginning of 2010s, as a result of reform of the Russian combat aviation. The first multirole Su-30SM fighter arrived to Chernyakhovsk base in December of 2016. Further seven aircraft of that type were delivered there during the course of 2018.

The Sukhoi Su-30, a multirole fighter aircraft from the Su-27 ´Flanker´ family, performed its maiden flight at the very end of 1989. It was officially introduced into service in 1992 and is still being operated by several air forces, including Russia, China, Belarus, India, Algeria, Venezuela, Malaysia or Indonesia. There was approximately 650 aircraft of that type manufactured so far.

The Su-30SM2 (серийный, модернизированный, версия 2 – English: serial, modernized, version no. 2) represents the latest upgrade of that popular Russian fighter. It performed the first flight in February of 2021 and, since then, the modernized aircraft are intended to replace older variants being currently operated by the Russian Aerospace Forces and the Russian Naval Aviation.

One of the reasons behind the modernization was to replace imported equipment used in the Su-30SM with their domestic counterparts. The upgrade of the fighter included significant changes and improvements done within its optical-electronic complex, navigation suite and electronic countermeasures. The modernized radar control system features an increased air-target-detection range. The Su-30SM2 is also equipped with two AL-41F1 engines with thrust vectoring, originally used with Su-35 fighters. Moreover, the range of air-to-air and air-to-surface guided weapons for the modernized Sukhoi aircraft was significantly extended.

Sources related to the Russian military authorities indicate that overall flying characteristics and performance of the Su-30SM2 are now very close to Su-35 multirole fighter.

The Baltic Fleet had also disclosed that their pilots underwent a specialized training course, allowing them to switch to the new fighters. It included both theoretical and practical familiarization with the flying characteristics of the Su-30SM2, new equipment and its technical base, as well as intensive training in a flight simulator plus a series of live-fly trainings.

According to the Baltic Fleet authorities, replacing the existing Su-24M aircraft – currently being operated by the mixed aviation regiment – with Su-30SM2, should increase the combat potential of the unit by one and a half times.

Who hasn´t heard about Antonov An-2? An aeroplane that earned a worldwide recognition as icon of Soviet civil aviation, and even the Soviet Union era. Antonov An-2 is also the second biggest serial-manufactured single-engine biplane […]