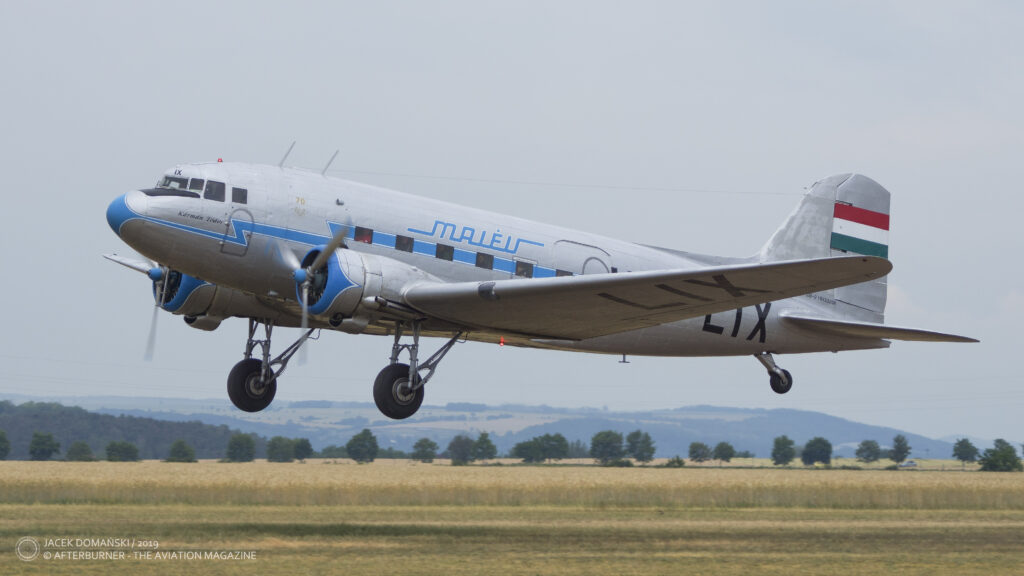 In 1935, the Soviet aviation authorities have acquired a Douglas DC-2 passenger aircraft for evaluation purposes. The test flights were successful enough that the Council of Labour and Defence have decided to purchase a licence to manufacture that aircraft in the Soviet Union.

In the middle of 1936, a committee led by N.M. Kharlamov arrived to the USA to negotiate the deal. However, instead of proceeding with the DC-2, the Soviet delegation was attracted by a more advanced DC-3 aircraft and focused on purchasing license rights for that aeroplane. The contract worth 340,000 rubles at the time was finally concluded on 17th July 1936. Later that year, two Soviet aviation engineers – V.M. Myasishchev and B.P. Lisunov – had arrived to the Douglas factory, to learn about DC-3 production process and take care of technical documentation.

In the following year, eighteen DC-3 aircraft together with some production machinery and equipment were shipped to the Soviet Union. The State Aviation Factory No. 84 in Khimki (Moscow area) was assigned the task of producing the new aeroplane, with Myasishchev appointed as the chief designer and Lisunov as the head engineer of the DC-3 project.

Initially, the aircraft was officially designated DS-3 2M-62IR (ДС-3 2М-62ИР) and had to be powered by Soviet-made M-62IR engines (a modified license copy of Wright Cyclone R-1830 F-3). Nevertheless, rapid changes were an everyday occurrence in the turbulent pre-war period in the Soviet Union – shortly after being appointed the chief designer, Myasishchev was arrested and charged with sabotage. The DC-3 project was taken over by A.A. Senkov and its designation was changed to PS-84 (passenger aircraft of the plant no. 84 / пассажирский самолёт завода № 84).

The first PS-84 aircraft was manufactured in September of 1938. However, the aeroplane was a little different from the American original and had different flight characteristics – its equipment was more simply, engines had less power and the whole aircraft was a bit heavier. Nevertheless, it was decided to launch its serial production in Khimki and later, since 1940, also in State Aviation Plant No. 124 in Kazan. There were approximately 70 of PS-84 aircraft made until the German invasion of the Soviet Union, in June of 1941.

In December of 1941, as a result of German advance, the No. 84 factory was evacuated to Tashkent. The production of PS-84 was resumed in January of 1942. Soon after, the factory focused on manufacturing only a military variant of the aircraft, developed by Lisunov and designated Li-2. Until the end of 1945, there were more than 2,100 examples of Li-2 aircraft built in Tashkent.

After the war, the production was split between the Tashkent factory and the State Aviation Plant No. 126 in Komsomolsk-on-Amur. It was continued until 1st April 1953, when the Li-2 was replaced by a new aircraft, Ilyushin Il-14.

Apart from their initial role of passenger transport aircraft, during the World War II the Li-2s were used as military transport and liaison aeroplane, supplied partisan units, performed ambulance and evacuation tasks, and were even used as a bomber.

After the war, the passenger variants were operated by Aeroflot, LOT, CSA, Malév, Tarom, Bulgarian, Korean and Chinese airlines. The military versions were used in several European and Asian air forces for sheer number of tasks, including reconnaissance, aerial photography, parachute drop and pilot training. The rumour is, that small number of the Li-2 aircraft is still included in active inventory of the Korean People´s Air Force.

The pictured aircraft was built in 1949 by the Tashkent factory and then was operated by Hungarian Air Force. In 1958, the aircraft was handed over to Malév state airline and was flying for that company until 1964. Then it was returned to the air force and used as parachute trainer. In 1974, the aeroplane was retired from operational service and transferred to aviation museum in Szolnok.

In 1997, the aircraft was taken over by Goldtimer Foundation with an aim to restore it completely into an airworthy condition. On 21st September 2001, the renovated Li-2 took-off for its second maiden flight. In 2008, the aircraft received its current Malév painting from the era. The Li-2 HA-LIX is currently the sole airworthy aeroplane of that type in Europe, and probably in the world (not counting the North Korean aircraft).

Russian Helicopters Holding Company, a part of Rostec State Corporation, is currently holding negotiations regarding delivery of up to eight rotorcraft units of three types to Malaysian customers. Contract details are to be specified during […]