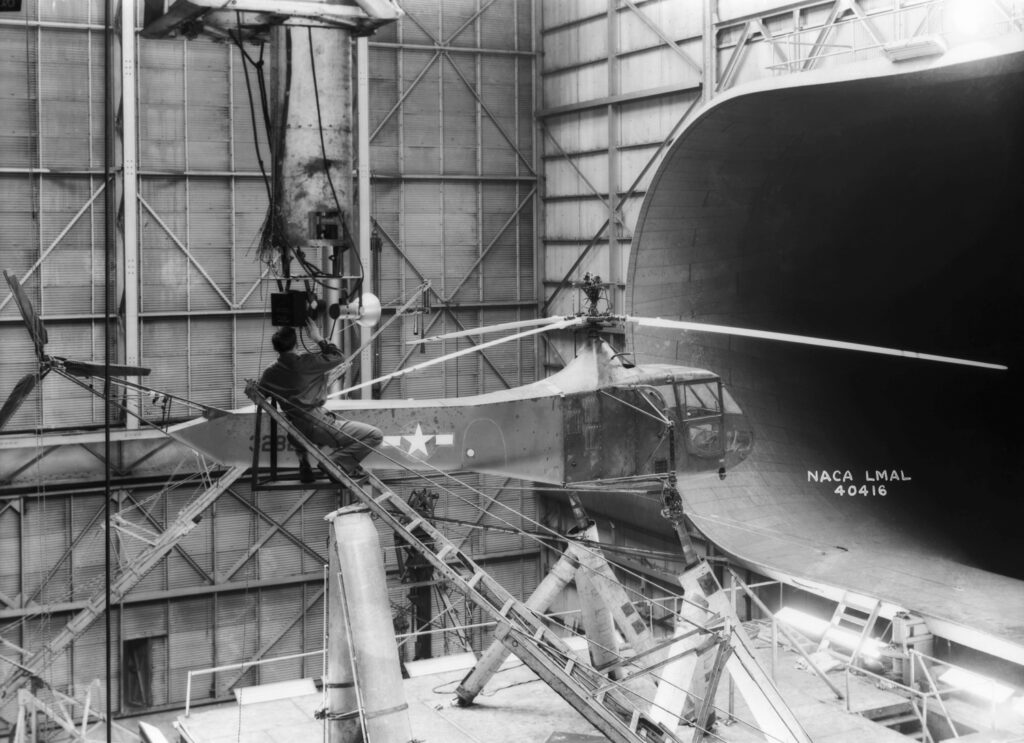 On 14th January 1942 (or 13th January, according to some sources), a helicopter designed by Igor Sikorsky and designated Vought-Sikorsky VS-316 (aka XR-4, under its USAAF designation) performed its maiden flight, piloted by Les Morris, Sikorsky´s test pilot. A few months later, the XR-4 was approved by the US Army and became the first serial manufactured helicopter in the USA and the first one operationally used by the Allied forces in the World War II.

The VS-316 was a development of an earlier design, called VS-300. Designed by Igor Sikorsky, the VS-300 made its first flight on 14th September 1939. The rotorcraft was one of the first successful aircraft of that kind in the world and practically opened a helicopter-era in the United States. The VS-300 was the first amphibious helicopter, the first one with a tail rotor as well as the first American rotorcraft with a single lifting rotor.

Nevertheless, the VS-300 was just another study on rotorcraft idea and was never intended for any operational use. That was to come later, with the VS-316 that was designed as a two-seater with a fully enclosed cockpit and that made it a good candidate to serve as reconnaissance or patrol aircraft. Two times heavier than its predecessor, the VS-316 was powered by a 165 hp engine and its main and tail rotors were significantly bigger than those used in the VS-300.

After a successful maiden flight, Sikorsky have launched a series of flight tests that were finalized with a 761-mile-long (1.225 km) cross country flight from Sikorsky´s factory in Bridgeport, Connecticut to Wright Field in Ohio. During that impressive journey, most probably the first of its kind in the world, the VS-316 was flown by Morris and it took five days to reach Army Air Corps evaluation centre in Ohio.

The evaluation was successful and Sikorsky was awarded the first USAAF contract for 29 prototype examples. They were designated YR-4A and equipped with even more powerful engine – the 180 hp Warner R-550-1. Test flights of those prototypes resulted in a long list of necessary improvements. Sikorsky has implemented all of them, together with some additional changes and such upgraded helicopter became known as YR-4B.

Operational use of the Sikorsky R-4 included carrying blood plasma for casualties from USS Turner, combat rescue flights in China and Burma, delivering spare parts in the South Pacific and performing other medical tasks.

There were 131 R-4 helicopters build until 1944, when their production was ceased. Shortly after the first Allied operational helicopter was replaced by Sikorsky R-6.

On 6th and 7th November 2021, the Davis-Monthan Air Force Base hosted the ´Thunder and Lightning Over Arizona´ air show. It featured a variety of military and civilian air displays, flown by both modern and […]

Flying Officer Jaroslav Čermák from No. 313 (Czech) Squadron RAF, crashes with his Spitfire Mk.V (AR512) near Taunton, after colliding with a train. Complicated wartime fortunes of Jaroslav Čermák may work as a perfect example […]