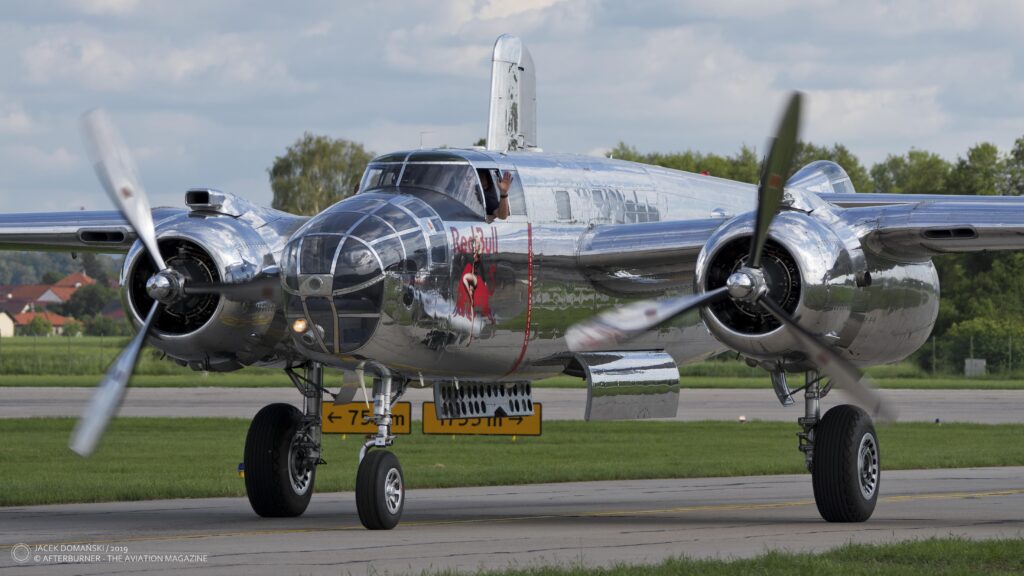 We are pleased to announce that the 30th anniversary edition of Aviation Fair (Aviatická pouť) was already officially confirmed to be organized this year. The show is returning after a two-year gap, caused by coronavirus restrictions, promising – as usual – a broad variety of static and dynamic displays, from historical aircraft and early aeroplane replicas to modern military jets. The 2022 edition of the event is scheduled for the weekend, 28th and 29th May.

The last time we could enjoy one of the most-known Czech aviation events was June of 2019, when 29th edition of the Aviation Fair was held. A lot of expectations were raised for the 30th anniversary edition to be organized next year. However, the year 2020 brought the coronavirus outbreak and related restrictions that made the air show impossible to be organized. Further hopes were associated with 2021, but the pandemic struck yet again. Finally, the organizers have decided to held the 2021 edition as no-spectator, online event only, broadcasted by the Czech Television.

Fortunately, all restrictions regarding public events were finally lifted this year and nothing stands in the way to held the Aviation Fair in a full format, just like always.

The organizers have already disclosed first information regarding the air show participants. There is no surprise, it is related to the Flying Bulls team, for several years being among the main partners of the event.

According to official release by the Aviation Fair team, the show at Pardubice airfield will be the sole foreign event being hosted with so large formation of Salzburg-based aircraft of the Flying Bulls team. Visitors to the Aviation Fair will be able to enjoy aeroplanes that originate from years of the World War II, including B-25J Mitchell twin-engine bomber, F4U-4 Corsair naval fighter and twin-tailed P-38 Lighting fighter. They will be supported by Bo 105C helicopter, famous of its exceptional aerobatic capabilities, Bell TAH-1F Cobra rotorcraft, usually associated with the Vietnam War, as well as two Alpha Jet training aeroplanes.

Aviation enthusiasts will definitely enjoy the information that Bo 105C is expected to be flown by Siegfried ´Blacky´ Schwarz – a famous helicopter pilot of the Flying Bulls team, who mastered the difficult art of helicopter aerobatics to perfection.

In addition, the show is also promising a usual package of supporting displays, performed on the ground by reenactors and related to participating aircraft. On both air show days gates of the Pardubice airfield will open to general public from 8:00 hours. Tickets that were already sold for 2020 and 2021 editions shall remain valid.

This year´s edition of the Aviation Fair is also connected with remembrance of so-called Heydrich Terror era (Heydrichiáda) – a wave of German terror in the Protectorate of Bohemia and Moravia that followed assassination of Reinhard Heydrich, one of Nazi leaders. Therefore, a related events will be also organized in the centre of Pardubice, introducing the Czech resistance in the World War II and Czechoslovak aviators in the RAF.

More information about planned participants of this year´s Aviation Fair will be announced shortly. In the meantime, we would like to recall you our report from the 2019 edition of the show.

In the past week we have started a series focused on aviation events planned for this year´s season. That initial article has already introduced some air shows and classic aircraft meetings to be held in […]

For nearly three decades, on every odd year, the aeroclub airfield in Roudnice nad Labem – a small city located approximately 35 kilometres north-east from Prague – is filled with interesting aircraft and attracts tens […]