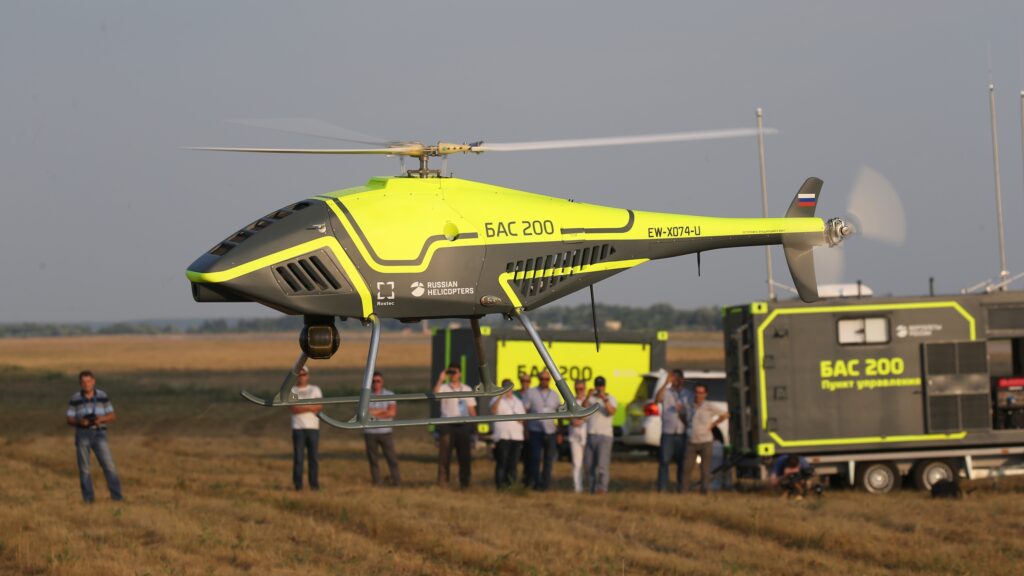 In July of this year, Russian Helicopters holding (part of Rostec State Corporation) and Russian Post has concluded an agreement in regard to use Unmanned Aerial Vehicles for delivering cargo within the Chukotka Autonomous District. The official ceremony of signing the contract was held during the International Aviation and Space Salon MAKS-2021.

Two UAVs manufactured by the Russian Helicopters company – BAS-200 and VRT300 – soon will begin their test flights in Chukotka. They are planned to be performed along the Anadyr – Ugolnye Kopi route. until the end of 2021.

´Today, we are establishing a mutually beneficial strategic cooperation with the Russian Post, aimed both at development of domestic unmanned technology, postal communications and freight transportation improvement in the Russian Federation. I am confident that this project will create a solid base for further drone technology implementation to postal services, which is especially important for Russians who live in remote and hard-to-reach areas of our large country. If the pilot project become successful, we will be ready to sign the first contract for cargo transportation by drones next year and later on, we will be able to scale this experience to other regions.´ – said Andrey Boginsky, Director General of Russian Helicopters.

In the next step, following the initial experimental flights, the involved parties plan to operate the UAV-based service on twenty routes and to deliver up to 245 tons of mail per year. However, the long-term plans of Russian Post include up to 48 routes in four regions of the Russian Federation – Chukotka Autonomous District, Kamchatka Krai, Yamalo-Nenets Autonomous District and Khanty-Mansi Autonomous District. However, they depend on necessary changes of the Federal Law.

´Russia has a huge number of hard-to-reach regions where an average delivery time can be cut in half thanks to the unmanned aircraft. According to our calculations, use of the future “Aerotaxi” project will also increase cargo traffic volume by 11 times and at the same time logistics services cost will be reduced by 1.81 times.´ – explained Maxim Akimov, Director General of Russian Post.

BAS-200 is a helicopter-type UAV developed by Mil & Kamov National Helicopter Centre. That rotorcraft has a maximum take-off weight of 200 kilograms. The aircraft is capable of flying for up to 4 hours at altitudes of up to 3,900 meters and can carry a load of 50 kilograms. Its ground control complex can provide communication with the UAV at a distance of up to 100 kilometres.

VRT300 was designed by VR-Technology (a company being a part of the Russian Helicopters holding) and is a helicopter-type UAV with a maximum take-off weight of 380 kilograms. Its flight duration is up to 5 hours and it can reach an altitude of 5,800 metres. The aircraft can carry a payload of 70 kilograms and has a range of 325 kilometres.

Apart from delivering cargo, both of the UAVs may be used for SAR and agricultural purposes, forest protection and terrain monitoring. A dynamic display of the BAS-200 unmanned aerial vehicle system was presented at the MAKS-2021 trade show. And therefore it became the first UAV ever that participated in flying programme of the International Aviation and Space Salon.

On March 25th there was a 48th anniversary of the first flight of Ilyushin Il-76, the multi-purpose strategic airlifter, designed and produced in the former Soviet Union. During those 47 years Il-76 has become one […]