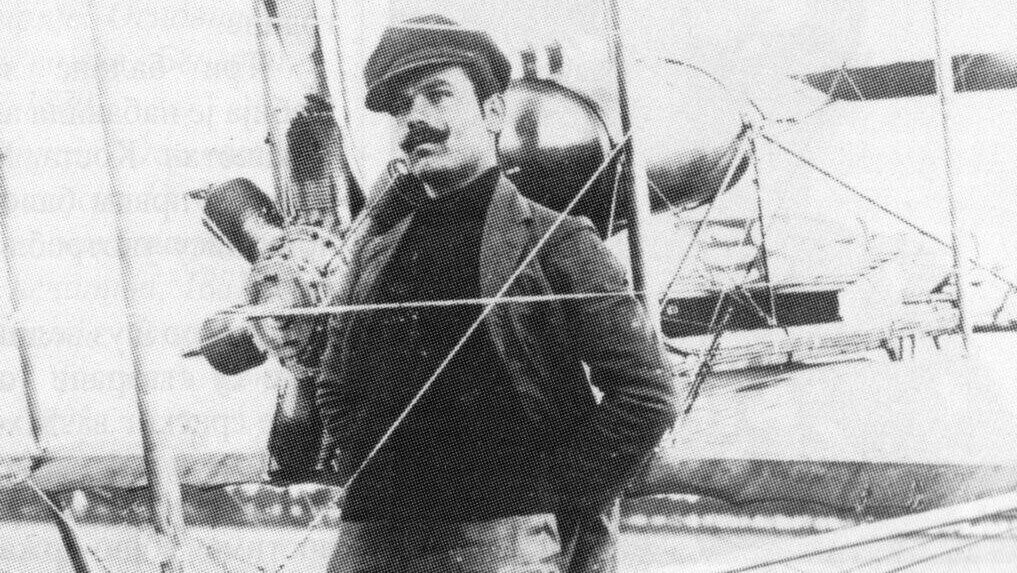 The first Serbian aviator was born in 1884, in a small village called Vlakča, located in central Serbia, near the city of Kragujevac. After completing his basic education in the village, Mihajlo Petrović enrolled in a military school in Kragujevac but did not graduate.

Nevertheless, he gave himself a second chance and went to Russia, where he applied to the military academy in St. Petersburg. However, Petrović was rejected and had to return to Serbia.

As the proverb say – third time´s a charm, so Mihajlo Petrović made another attempt to start a military career, this time at the military academy in Belgrade. He was eventually approved there, for a non-commissioned officer artillery course.

Petrović graduated that school in 1905, being the best student in his class and with the rank of ´podnarednik´ (junior sergeant). His military duty started at Niš garrison and later Petrović was assigned to Kragujevac and Belgrade, being promoted to sergeant (´narednik´) in 1910.

His aviation career started in 1912, when Mihajlo Petrović was one of only six Serbian soldiers chosen to attend a pilot training in France, at flying school run by the already famous Farman brothers. Petrović and his five colleagues arrived to Étampes in April of 1912 and quickly were actively engaged in training procedures there.

Petrović reportedly completed his first solo flight only after 20 days from his arrival to the school – quite a nice result for someone who never flew in an aircraft before. Nevertheless, English version of Wikipedia indicates that the Serbian cadet pilots have caused several damages to the aeroplanes they flew in Étampes, worth 13,000 francs – although without any detailed information who caused them particularly.

The fact is, that Mihajlo Petrović had successfully graduated the course, receiving the FAI pilot´s licence number 979 – and shortly thereafter, also the one with number 1 in Serbia. Then, after three months of training, the Serbian pilots returned to their homeland. There, they were assigned some aircraft, bought by the Serbian government – the exact number and type varies, depending on the source, nevertheless they were aeroplanes made by Blériot, Farman (Maurice or/and Henri) and Deperdussin.

At the same time, the First Balkan War broke out. On 12th December 1912, the Serbian Air Force was created and the freshly graduated Serbian pilots were expected to join the combat operations and fly reconnaissance missions. Nevertheless, according to several aviation historians, they were not trained in any combat flying, reportedly never exceeding the altitude of 1,000 metres while in France.

In January of 1913, after arrival of the abovementioned aircraft, a Farman HF.20 was assigned to Mihajlo Petrović and shortly after, the young pilot was deployed to Littoral Air Detachment (Аероплански приморски одред). He participated in siege of Scutari (Shkodër, in today Albania).

On 20th March (respectively on 7th March, according to the old style calendar), despite the heavy wind that already grounded two other aircraft that day, Petrović took-off for a reconnaissance mission. While flying at 1,200 metres, his Farman received a strong gust of wind and tilted, throwing the first Serbian pilot out from his seat (an alternative version says Petrović was thrown out from the aircraft while trying to perform an emergency landing).

Mihajlo Petrović became the first Serbian Air Force pilot killed on duty. He is also considered the second military pilot to be killed in combat (after a Russian aviator – probably named N. de Sackoff – being shot down by ground fire on 8th February 1913).

The death of WWI flying ace, Jean Marie Dominique Navarre, killed in his aeroplane while practicing for a flight through the Arc de Triomphe in Paris. If you´re curious about the reason why Navarre wanted […]

Maurice Farman MF.11A-2, exhibited at the Royal Museum of the Armed Forces and Military History in Brussels, Belgium (September 2016) The Farman brothers – Maurice, Richard and Henri – played an important role in the […]